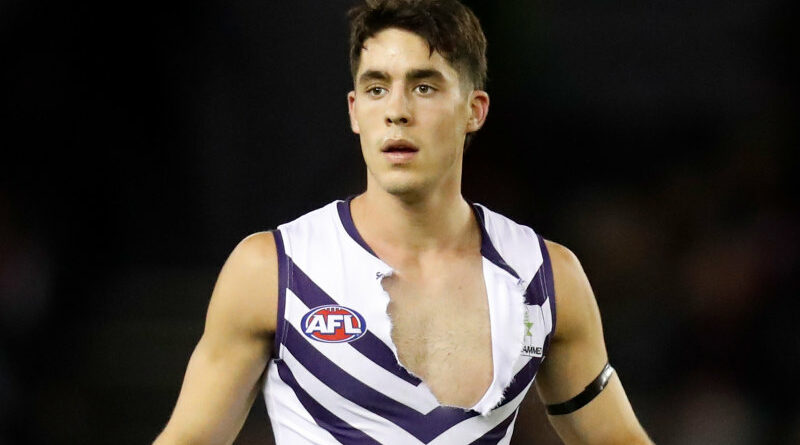 Melbourne have dangled the carrot of premiership success in front of young Fremantle star Adam Cerra in a bold Zoom presentation in an attempt to lure the Victorian to the Demons.

But the Dockers’ desire for recently crowned Rising Star and WA-born Luke Jackson to be part of the deal means Carlton is still in the box seat to poach Cerra in the upcoming trade period. 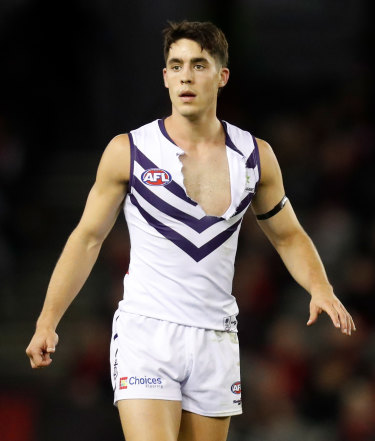 Coach Simon Goodwin, football performance boss Alan Richardson, and list manager Tim Lamb dialled in from Perth this week to present to Cerra, with Demons sources telling The Age the silky midfielder was impressed by what he saw.

And while Melbourne would be able to offer a similar deal – both in money and length of contract – to what Carlton can, it’s the ability for the Blues to execute a trade that puts them in pole position.

If Lachie Neale decides to return to Fremantle it will play perfectly into Carlton’s hands, given the Dockers would need at least a top 10 pick to trade for the Brownlow medallist, who has two years remaining on his contract at the Brisbane Lions.

The Blues hold pick six in the upcoming draft, a selection that might be enough to land Cerra.

The Dockers could then offer that as a straight swap for Neale, although the Lions will likely ask for more as they play hard ball knowing they can hold Neale to his contract.

Sources at Fremantle have told The Age the only thing better than getting a top 10 pick in exchange for Cerra – who was taken at pick five in the 2017 draft – is a top 10 pick who had two seasons at the top level under his belt.

Jackson, taken at pick three in 2019, has dominated this season and will be one of Melbourne’s key players in Friday night’s blockbuster preliminary final against Geelong.

It just so happens that Jackson was also born in Fremantle and represented the East Fremantle Sharks in the Colts division in his draft year.

Jackson signed an extension last year and is contracted until the end of the 2022 season and Melbourne would not entertain trading Jackson for any proposed deal. 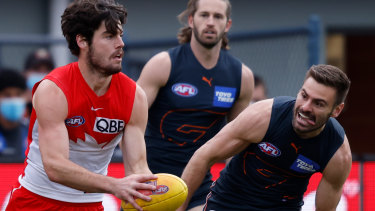 While Cerra is said to be extremely impressed with Melbourne’s presentation, he is also excited at the proposition of playing alongside Carlton duo Patrick Cripps and Sam Walsh.

Carlton paid 105 per cent of the salary cap this season after spending big on half-back flankers Adam Saad and Zac Williams, but with Marc Murphy, Levi Casboult and Eddie Betts all leaving the club the Blues believe they have the salary cap room for Cerra and at least one more player.

That player, right now, is Sydney’s George Hewett, who is considering leaving the Swans as a free agent.

The Blues see Hewett as a perfect addition to a midfield that has in recent years been too reliant on too few.