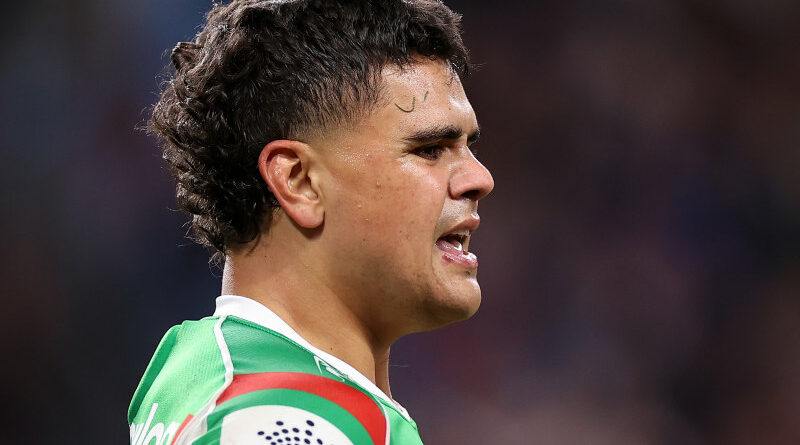 Mitchell this week expressed his disappointment at being jeered all night against the Rooster last week, and said: “Once or twice [is fine], or when I’m kicking goals, definitely, but every run?”

Plenty of fans and Roosters players had no issues with booing, as long as there were no racial or homophobic remarks made, while ARL Commission chairman Peter V’Landys feared the endless jeers of Mitchell would turn Indigenous kids off the NRL.

Demetriou said it was a shame most people did not see Mitchell signing autographs and posing for photos with Souths and Roosters fans at Allianz Stadium, long after the latter’s 26-16 win.

“We ask people to speak, then we bring them down if they do,” Demetriou told the Herald on Thursday.

“It’s easy for people to say, ‘it’s their right to boo’, but when you’re on the receiving end of what he’s on, it’s a pretty different story. 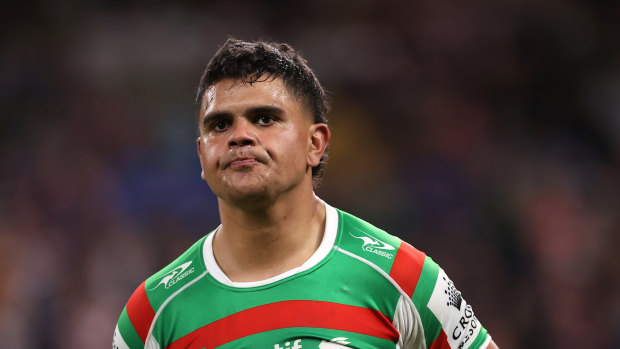 “He was still out on the field 40 minutes after full-time the other night, signing autographs and taking photos, and being respectful to the people in the crowd from both teams.

“That side of Latrell deserves a bit more respect.”

Demetriou appreciated the history between Mitchell and the Roosters, especially after the tackle that left Joey Manu with season-ending facial fractures last year but added he had also provided the supporters with a lot of good times.

“A lot of it stems from playing at the club in previous years,” Demetriou said.

“But so did Luke Keary, he was a grand final winner here and left, but he doesn’t get treated like that by our supporters.

“Angus Crichton was here. From what I’ve seen, our supporters are respectful to both those guys.

“Latrell, two premierships at the Roosters, he gave them a lot of exciting times, and other than the Manu accidental tackle, I just don’t know see what justifies it.”

Mitchell trained well on Thursday and was not worried about the commentary surrounding his latest comments. 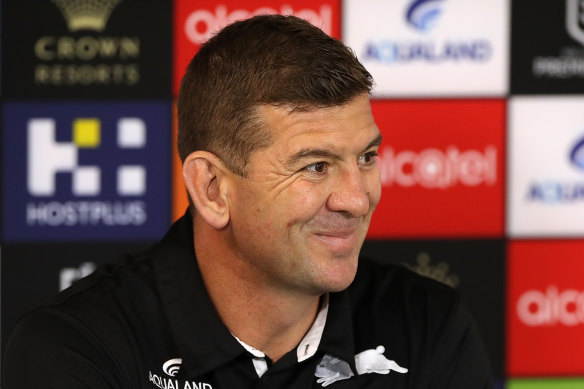 South Sydney coach Jason Demetriou is through to his NRL finals in his rookie yearCredit:Getty Images

The Souths’ ace was joined by skipper Cameron Murray and Campbell Graham, who have both followed concussion protocols and are expected to line up in Sunday’s sudden-death final against the Roosters.

“Cam trained today, he got through all his protocols, but realistically, it doesn’t matter whether I think he’ll play or not because it’s not my decision,” Demetriou said.

“I’m very honest with the players and making sure they’re honest with us in terms of their symptoms.

“We’ve taken the decision out of the players’ hands [on] several occasions this year. We’ve said, ‘you’ve passed the protocols, but you’re not playing’.

“We’ve done it with Mark Nicholls, Junior Tatola. We took Lachlan Ilias out of a game [against Newcastle], even though he was right to play, and left him out the following week.

“We’ll follow the medical advice, not the commentary from the papers or the talk shows.”

Forward Jai Arrow said of Mitchell’s brutal reception from Roosters’ fans: “To be out there 80 minutes and with 30,000 Roosters into him, I hope he has that fire in the belly, and no doubt he will.

“All we want is for ‘Trell Mit’ to go out and play his game and not let the outside noise worry him. He won’t let it happen. I feel privileged to run out with him each week.” 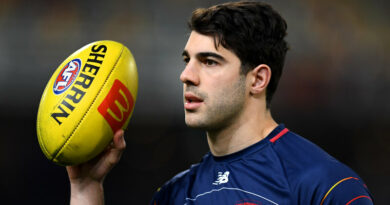 Petracca suffered hairline fracture but Demons confident he will play 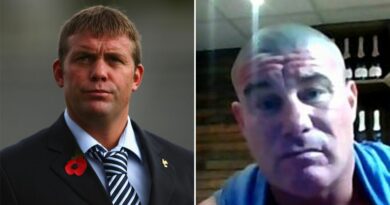