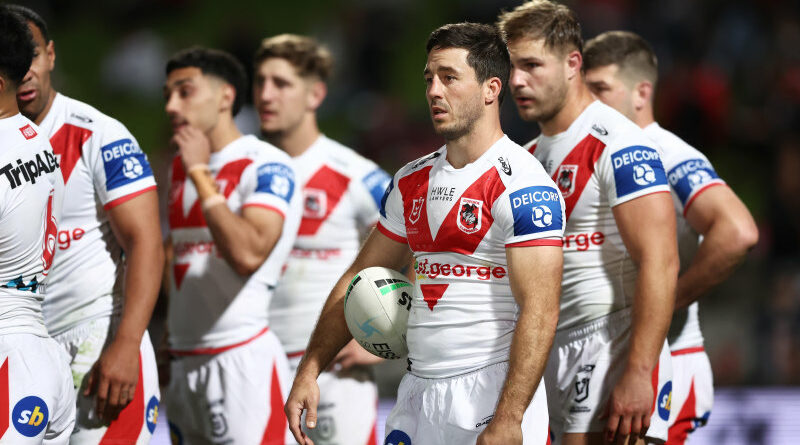 The Dragons’ finals hopes are in serious danger of being extinguished for the fourth straight year, with a penalty for hair-pulling, of all things, threatening to douse yet another St George Illawarra season.

A 34-8 loss to the high-flying Cowboys on home turf drops Anthony Griffin’s side back to 11th on the ladder, two points adrift of the top eight with a prohibitive points differential and five rounds left in the regular season.

But having pushed North Queensland every which way to trail 10-8 midway through the second half, the Dragons had life in them yet in front of 9517 fans at Jubilee Stadium.

That is until former Dragon Luciano Leilua struggled toward the tryline, Queensland Origin back rower Jaydn Su’A grappling to drag him down from behind and eventually getting a hold of Leilua’s ponytail.

The resulting penalty gave North Queensland yet another crack at the Dragons line after Scott Drinkwater and Peta Hiku had fluffed earlier chances to break the game open.

Interchange prop Griffin Neame made no such mistake, barging over under the posts to stretch a Cowboys lead that was never reeled in. 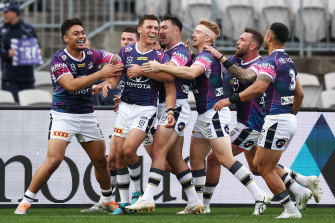 The Cowboys are in outright second after their sixth win in seven matches.Credit:Getty

When Jason Taumalolo began punching holes at will through the middle, first for Jeremiah Nanai, then Drinkwater and Nanai once more to blow the scoreline out, Dragons fans made for an early exit.

St George Illawarra’s current season is headed for a similarly deflating finish, just days after assistant coaches Mat Head and Peter Gentle were told their services were no longer required for 2023.

North Queensland’s triumph gives them a four-point buffer between second and third at the pointy end of the ladder, this their sixth win from seven starts. 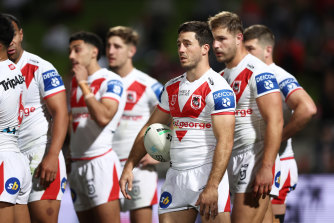 The Dragons next face arch-rivals Cronulla with their finals hopes fading fast.Credit:Getty

Their task gets no easier with arch-rivals Cronulla next on the horizon.

The Cowboys weren’t at their best but as has been both their wont and that of all genuine title contenders, they found a way, livewire fullback Drinkwater especially, and repeatedly.

While the Dragons enjoyed the early ascendancy, it was Drinkwater who struck the first blow, laying on Kyle Feldt’s 15th minute opener.

That Drinkwater set the four-pointer up with one dummy, then threatened to bomb it with another before finding his winger with an audacious flick pass, was all just part of the fun.

When Nanai returned the favour in the very next set, breaking through some feeble edge defence to find Drinkwater in support, the visitors suddenly held a 10-2 lead and an ominous one at that.

An opportunistic salvo from Jack de Belin – toeing ahead a Ben Hunt offload after it hit the deck – trimmed the Cowboys’ advantage back before Mat Feagai fumbled a difficult chance to swing it St George Illawarra’s way before the break.

North Queensland’s late flurry of points and a run home that features Cronulla, Canberra and Brisbane ensures life only gets tougher from here for the Red V. 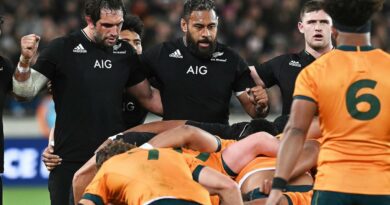 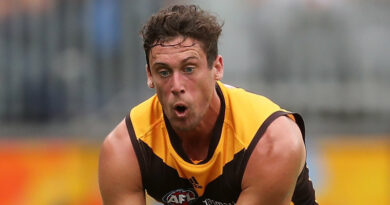 Hartigan to face scrutiny for Walsh hit, AFL to look at non-deliberate call