Cleary was surprisingly axed by the club in 2015 and replaced by Anthony Griffin who then left midway through last season after falling out with Panthers supremo Phil Gould.

Former Warriors coach Cleary enjoyed an excellent first full season with the Wests Tigers this year, guiding one of the pre-season wooden spoon favourites to a respectable ninth-place finish.

NRL: The Manly Sea Eagles have announced that Des Hasler will return to coach the club next season.

That success has now seen the 47-year-old emerge as Penrith’s top target but the Tigers are refusing to release him until they find a suitable replacement. Watene-Zelezniak, who was given his debut by Cleary in 2014, is fully behind the prospect of him returning to the foot of the mountains.

“I have a lot of respect for Ivan,” he told AAP.

“He gave me my NRL debut and helped me excel in my career. So if Ivan came back that would be a bonus.”

Penrith were bundled out of the second round of the semi-finals by Cronulla, with caretaker coach Cameron Ciraldo given the reins, after finishing fifth on the ladder.

Despite his public support for Cleary, Watene-Zelezniak says the players have full confidence in Gould securing the right appointment.

“I think ‘Gus’ knows what he’s doing and has the best interests of the club [at heart],” he said.

BEST OF THE BEST: THE ULTIMATE WORLD TEAM OF LEAGUE PLAYERS

“We’ve just got to let them do their job and we’ll do our jobs on the field.” Maguire, who’ll coach Watene-Zelezniak for New Zealand in a three-Test series against England starting this weekend, has been linked as a potential replacement for Cleary.

But at a press conference to launch the series in Leeds on Monday, the 44-year- old declined to outline his future career prospects.

“I’m only here to talk about the Kiwis,” he said.

Watene-Zelezniak has featured on both the wing and at fullback for Penrith this year, sharing the number one jumper with both Dylan Edwards and Tyrone Peachey.

But the 23-year-old, who starred for the Kiwis’ at fullback in their impressive 26-24 win over Australia in Auckland earlier this month, has expressed a desire to move away from the flank.

“Fullback’s where I grew up playing and it’s obviously my preferred position,” he said.

“That’s where I love to play. Coming up through the grades at a young age you’d play anywhere in an NRL team.

“So fullback’s my preferred position, that’s where I want to play.

“Whatever happens I know it will be the best thing for the team and for the club, so I’ll just keep playing my football and see what happens.” 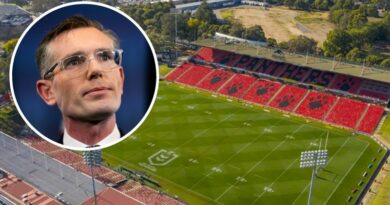 Revealed: The Panthers Stadium budget blowout that will blow your mind