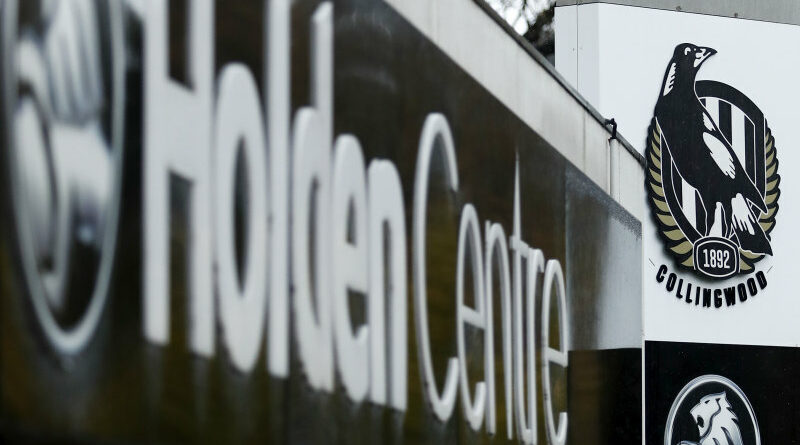 Former Collingwood player and club past players’ president Paul Tuddenham is among several candidates to be bidding for a board spot at the Magpies, who will have a fiercely contested election this year.

Tuddenham, the son of ex-club great Des Tuddenham and a player in the ’80s and ’90s, is also vying with another well-connected supporter in digital marketing strategist Con Frantzeskos and ex-Racing Integrity Commissioner and homicide squad detective Sal Perna and several others to join Jeff Browne’s board.

As Tuddenham, Frantzeskos and Perna confirmed their nominations – which closed on Thursday – sources suggested that there could be as many as 10 candidates seeking that one board position at Collingwood, subject to their nominations being ratified.

The board position effectively is up for grabs – a rarity at AFL clubs, who routinely appoint board members, outside of elections, based on perceived needs – after music executive Dan Rosen, the Collingwood’s board’s favoured choice, withdrew his candidacy in recent days.

Tuddenham, Frantzeskos and Perna all confirmed that they had nominated for the board position on Friday. Browne’s board, as yet, has not nominated a preferred candidate in an election that will allow many more members to vote than ever, following the board’s decision to expand voting rights beyond a small number of membership categories.

Both Tuddenham and Frantzeskos were involved in the campaign for Browne in the former Channel Nine boss’s successful bid to take over the presidency late last year, while Perna also stood for board spots that were ultimately taken by Browne-backed Barry Carp, a wealthy funds manager, APRA executive Renee Roberts and ex-Australia Post CEO Christine Holgate.

Tuddenham told The Age his priority would be player welfare and that he intended to continue as president of the Collingwood past players and officials, where he worked with ex-great Gavin Crosisca. “I think they go hand in hand,” he said of the past players’ and potential board roles. Tuddenham is a property developer with close relationships with the players of his era and knows many players of his father’s generation.

Frantzeskos, founder of digital consultancy and head of advertising agency AJF, was among the final candidates pitching for a board spot in early 2021 and is making a pitch that the Magpies need expertise and improvement in engaging with fans through technology and has strong backing from some well-connected supporters. “We still don’t have the best fan communications, our social media can be much better,” he said in a social media posting for Collingwood members.

Perna, who is on the boards of the Tennis Independent Integrity Agency and the WADA ethics board after stepping down as Racing Integrity Commissioner last year, is a Collingwood-bred long-time fan who says his experience in the integrity field of other sports would help Collingwood’s governance.

The board’s willingness to endorse one or more candidates would likely be influential in the outcome of the election.

Lawyer Matt Ganley also is among those who have nominated for the vacancy, which is the position held by ex-president and long-time finance director on the board, Mark Korda, who lost the presidency in a behind-the-scenes battle with Browne but remained on the board for a further year. 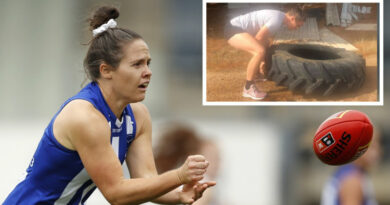 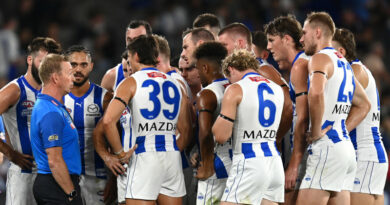 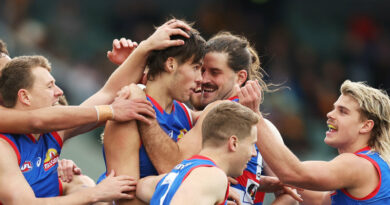 Bulldogs down the Hawks then face nervous wait