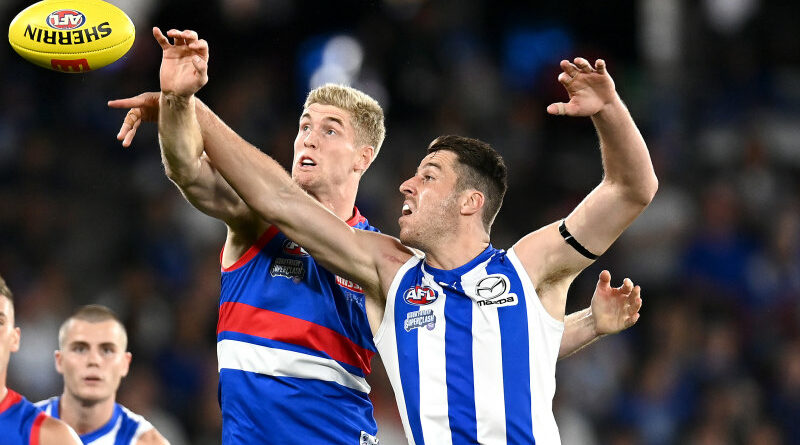 North Melbourne ruckman Tristan Xerri will be sidelined for four weeks after a hot spot was detected in his foot.

The injury is a blow for the promising 23-year-old, who has laid claim to the Kangaroos’ No.1 ruck spot this season after a potential trade to St Kilda fell through when the two clubs could not agree to a deal. 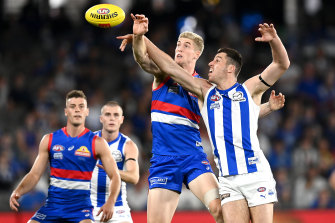 Tim English and Tristan Xerri compete for the ball.Credit:Getty Images

Xerri has played every game this season, forcing All-Australian ruckman Todd Goldstein into an unfamiliar role up forward, while ex-Richmond tall Callum Coleman-Jones has battled to get a game.

However, the injury will give Goldstein a chance to reassert himself as the club’s No.1 ruckman while the Kangaroos said they were keen to get Coleman-Jones into the senior team for their clash against Carlton on Saturday night at Marvel Stadium.

The pressure is building on North Melbourne after an awful start to the season under second year coach David Noble, with the club not showing obvious signs of improvement.

They battled to defeat the COVID-depleted West Coast to record their only win so far in 2022 and showed grit against Sydney, but they have been disappointing in their other games. Three of their five losses have been by more than 10 goals.

Xerri is the third No.1 ruckman facing a stretch on the sidelines after Collingwood’s Brodie Grundy and Carlton’s Marc Pittonet both suffered PCL injuries in centre bounce ruck contests, sidelining them for up to 12 weeks. The Bulldogs’ Tim English is also out with a hamstring injury. 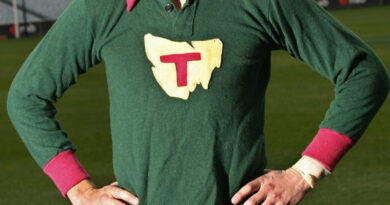