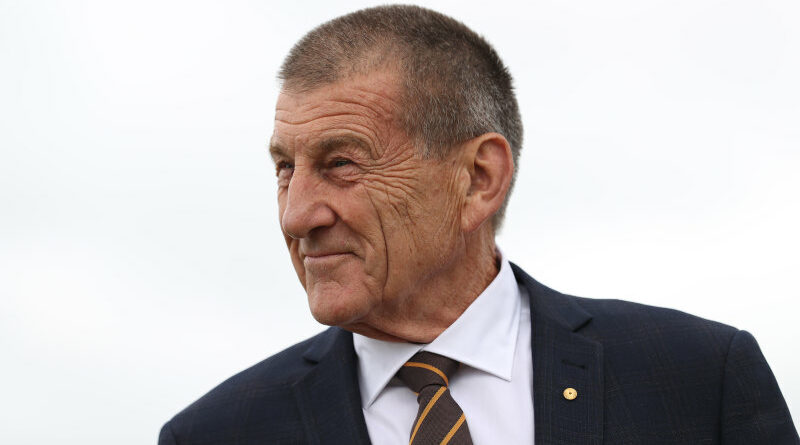 Former Hawthorn premiership players James Morrisey and Bruce Stevenson are part of a campaign, including a website, GoFundMe page and a paid political operative, aimed at changing the composition of Jeff Kennett’s Hawthorn board.

The group, “Hawks for Change”, are backing ex-Australian Super boss Ian Silk and former premiership player and board member Andy Gowers, in their expected bids to win berths on Kennett’s board, with the group nursing the hope that their election will loosen Kennett’s grip on the nine-member board.

The group have also engaged the services of Stephen Donnelly, who once worked for the state ALP as a political organiser.

Bill Shannon, well-known for advertising campaigns on behalf of industry superannuation and chair of the Melbourne Comedy Festival and Lyn Sutton, head of women’s coterie group, the Thornbirds, are also part of the group pushing for change at board level. The group’s GoFundMe page has gained pledges of nearly $14,000 since it launched on Wednesday, with a target of $100,000.

Kennett, however, is directly elected by the membership under the club’s constitution, rather than by a majority of his board, the situation at most clubs – raising a question mark on whether a change in board composition is sufficient to hasten his exit.

He has two years to run on his presidency, with the group hoping to create a more democratic board.

Kennett has the strong support of a majority of the club board, having returned to lead the Hawks late in 2017 following the sacking of chief executive Tracey Gaudry and the subsequent resignation of Richard Garvey as president.

The Hawthorn president has spoken to both Silk, who stepped down from his role as chief executive of Australian Super this year, and to Gowers, who is backed by a number of past players and served on the club board from 2013 until 2017, after club great Jason Dunstall stepped down.

The Hawks for change say they will push for further change at board level, beyond this year, and say their group includes members of Hawthorn’s coteries such as the Confreres, 3122, the Thornbirds and the Hawthorn Foundation.

Morrisey, who played in Hawthorn’s 1988, 1989 and 1991 premierships, has been a vocal opponent of Kennett and of his board’s decision to remove senior coach Alastair Clarkson, of Kennett’s criticisms of the state government at the annual general meeting and of what Morrisey says are “double standards” in relation to pokies and the club’s reliance on gaming.

Stevenson served on the club board from 2012 until 2017 and played in the club’s 1971 premiership. He remains close to a number of players from that era.

Kennett has endorsed the re-election of board member Tim Shearer, the president of Old Scotch in the amateurs, and for ex-player Simon Taylor to be elected to fill the vacancy created by Radec Sali, the ex-CEO of vitamin company Swisse, who has decided to step down.

Lyn Sutton, spokeswoman for Hawks for Change, said: “Hawks for Change is a member group that draws on people from all parts of the club. The one big say we can have about the direction of our club is who is on the board. Today we have launched a website www.hawksforchange.org and we are asking all Hawthorn members and supporters to register.

“As a group, we have seen Ian Silk and Andy Gowers put up their hands for election. They look like the exact kind of people we need, but they are probably not the only ones.″⁣

Melbourne keen on Jack Martin if he becomes keen on them

Blues at boiling point, but Bolton insists message is getting through

‘I had my bags packed’: hooker at centre of aborted player swap opens up