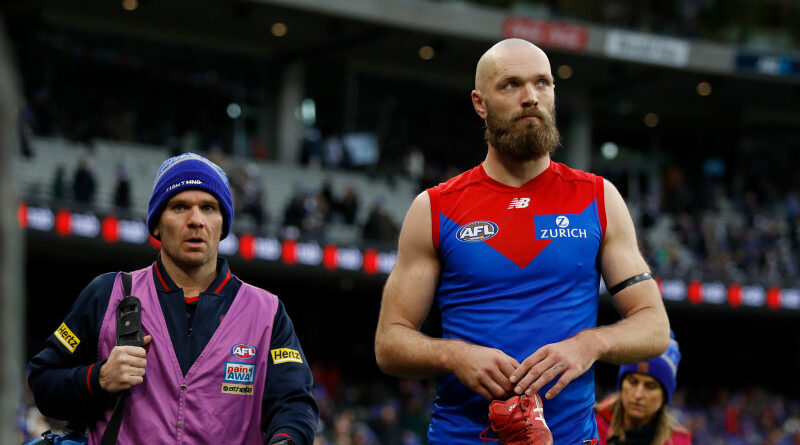 Come back for updates throughout the day.

Melbourne captain Max Gawn could miss up to five weeks with an ankle syndesmosis injury, in another setback to the Demons’ premiership defence.

A campaign which was going swimmingly just over three weeks ago is now facing mounting challenges for the Demons, who have a testing run of games without their champion ruckman. 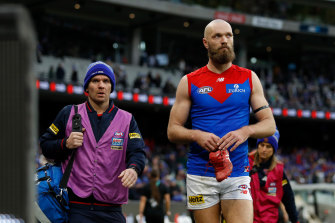 Max Gawn will miss at least three games with an ankle injury.Credit:Getty Images

Gawn underwent scans on the ankle injury he sustained in the Dees’ loss to Collingwood on Queen’s Birthday, which was the club’s third in a row and knocked them off the top of the ladder.

Gawn, who must wear a moonboot until early next week, will not require surgery but a best-case scenario forecast by the club will see him miss at least three matches, possibly five.

The Dees play the top-of-the-ladder Brisbane Lions after the bye before trips away to Adelaide and Geelong, to Darwin to “host” Port Adelaide followed by a clash with their grand final opponent Western Bulldogs.

Gawn’s injury offsets the on-field boost they are likely to receive after the bye when backline general Steven May returns after completing a club-imposed suspension for his role in a restaurant stoush with teammate Jake Melksham.

Gawn’s absence will not only be felt in the ruck but also in attack, where he has been a threat with his marking power in a struggling forward line.

Young star Luke Jackson will have to shoulder the bulk of the ruck duties in Gawn’s absence, while there is now an opening for out-of-favour forward Sam Weideman to break back into the senior 22.

“Max had a left ankle concern during the game and, while he managed to battle through, was quite sore afterwards,” Demons football boss Alan Richardson said.

“He had some scans on Tuesday, which unfortunately showed some ligament damage.

“Max will be in a moonboot until early next week and will then begin his structured rehabilitation program.

“It’s obviously disappointing that we will be without our leader for the next three to five weeks, but we’re hopeful it’ll be a relatively quick recovery for Max, and he won’t miss too much footy.”

There was a wretched postscript to youngster Daniel Turner’s debut. Subbed out with concussion, Turner also requires surgery to repair facial fractures.

“This is a disappointing outcome for Daniel, who has worked extremely hard to earn his spot in the senior side,” he said. “Daniel will undergo surgery this week and we expect him to miss approximately four weeks.”