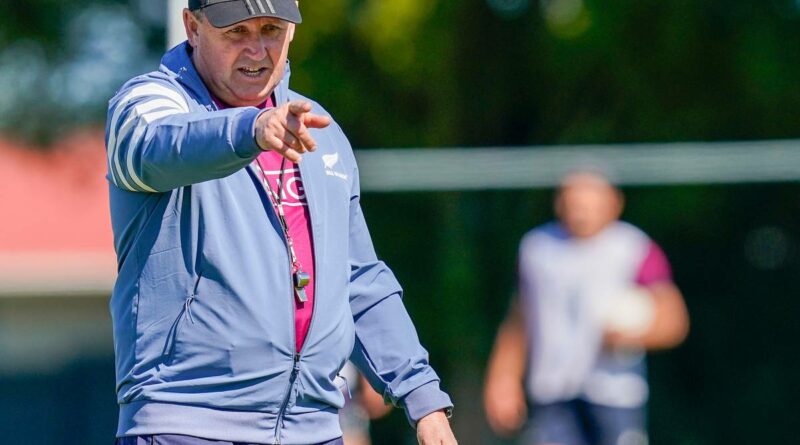 The All Blacks will assemble later this month to begin an extraordinarily long test programme that will be played with the uncertainty of not knowing who will coach the team next year.

This isn’t unprecedented, but it is unusual – out of sync with the serious contenders, all of whom have their respective head coaches contracted to at least the 2023 World Cup.

Australia, England, South Africa, Ireland, France, Wales, Scotland and Argentina have all committed: seen enough from their incumbent coaching teams to be sure they have the right people for the long haul.

This vote of confidence, however, has not been extended to Ian Foster and his coaching group – all of whom are only contracted until the end of this year – and the All Blacks remain the only major team in world rugby to not yet have certainty about who will be at the helm of the team in France.

The Herald understands that it is New Zealand Rugby’s intention to wait until December to determine whether to give the incumbent group another two years or whether to make the role contestable.

What Foster’s team will have to deliver in terms of results to win an extension is not known. And making the situation yet harder to predict is that it is unlikely to be just results that dictate the future of the incumbent coaching group.

It is also understood that the dedicated rugby committee tasked with extensively reviewing last season recommended extending Foster’s contract beyond this year.

NZR’s board, however, were concerned that the review identified that some of the wider coaching team struggled at times to cope with the step up to test rugby and deal with the enormous pressure that comes with being part of the All Blacks.

A return of three wins, a draw and two defeats combined with the question marks raised in the review, led to the board opting to hold off and agree that they need a stronger evidential basis this year to be certain they have the right group in place to take the All Blacks to the next World Cup.

That the All Blacks are doing things differently to everyone else is usually something to celebrate and admire.

New Zealand has never blindly followed or suffered much from FOMO and so this refusal to be like everyone else and commit will no doubt strike a chord with many.

But this desire to leave coaching appointments until season-end seems more outdated, archaic even, than innovative.

It is not just out of sync, it is out of touch: removed from the realities faced by contract workers – as the majority of the coaching group are – that they need certainty about their next job months before their existing contract expires.

So as much as the board have a valid argument to make that they need more evidence that Foster is the right man with the right team, the realities of coaching life conspire against this wait until the end of the year strategy being the right one to pursue.

It is hard to fathom why this fact has not yet been absorbed as NZR was roundly criticised in 2019 for waiting until after the World Cup to decide on their next coach to replace the retiring Hansen.

The harshest critic was Graham Henry who led the re-appointment panel that gave the job to Foster. Henry was blunt in his assessment of the process, branding it a “cock up”, saying that it was a giant mistake to wait while coaches such as Dave Rennie and Jamie Joseph were snapped up by Australia and Japan long before the All Blacks job even opened for applications.

The inconvenient truth about coaching appointments is that they require, to some degree, a leap of faith. It’s not possible or indeed advisable to embark on this quest for reassurance that the right choice has been made as there comes a point when the dangers of waiting outweigh any benefits.

There are two other under-appreciated but indisputable facts about coaching the All Blacks. The first is that success is not determined by the head coach alone, but by the strength, unity and cohesion of a wider management team that consists of anything up to 15 people.

Secondly, it is an environment which is phenomenally daunting, intimidating, even, for new coaches. No one arrives and feels at home. It takes time to settle, to understand not just test football but the enormities of being with a team with a team which carries such incredible expectations.

It’s hard, therefore, to be sure what NZR feels it is gaining by delaying its decision about the All Blacks coach.

There is a real risk that some members of Foster’s coaching team may be – now or in the immediate future – targeted by other international or overseas club sides.

It also has to be realised that changing the head coach at the end of this year will result in having to change all the assistants and auxiliary team, too, and this new group will inevitably struggle in their first year just the same way as the existing team has.

Institutional knowledge is invaluable and so if the reluctance to re-appoint the current team stems from concerns about the readiness of the assistant coaches, then it is surely nonsensical to discard them later this year and bring in yet more new assistant coaches who will be two years behind in their All Blacks’ experience.

The truth that is staring NZR’s board in the face, but one they seem reluctant to accept, is that they need to double down and back Foster and his coaching team to take the All Blacks through to the 2023 World Cup. 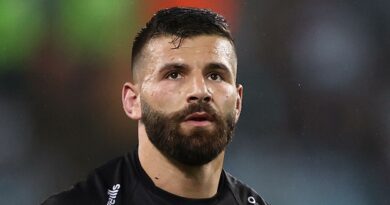