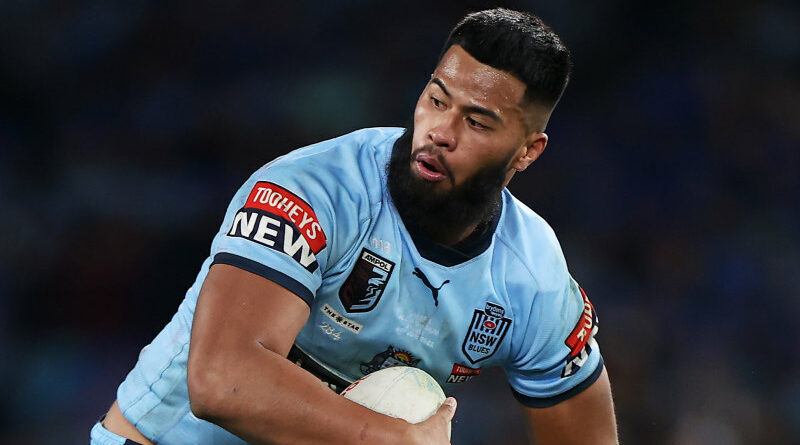 Blues prop Payne Haas is set to play through the pain again, in a major boost for NSW’s Origin defence, by shrugging off an ankle injury to run out for the Broncos this weekend.

Scan results revealed Haas suffered a low-grade high ankle sprain as NSW squared the series on Sunday night, prompting fears within the Blues camp he would struggle to be fit for the July 13 decider.

Sources have indicated though that Haas will be fit for the Broncos’ clash with fellow high-flyers North Queensland in Townsville on Saturday.

The marquee prop is already battling separate AC joint issues in his shoulders that require painkilling injections, but Haas’ latest injury won’t hold him back.

NSW will confirm their squad for Origin III in Brisbane after this weekend. Latrell Mitchell’s return at South Sydney presents Brad Fittler with his biggest call as he, Jack Wighton, debutant Matt Burton and Stephen Crichton all loom as centre options.

Meanwhile, Queensland Origin and Melbourne star Felise Kaufusi will miss Thursday’s clash with Manly. Kaufusi will fly to the US this week after his father was hospitalised in Los Angeles. 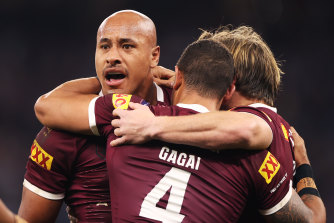 Felise Kaufusi will miss Melbourne’s round 16 match against Manly.Credit:Getty

Storm officials said a return date had not been confirmed for the veteran back-rower. The Maroons are due to announce their Origin III squad early next week.

Fellow Queensland star Cameron Munster (shoulder) is not expected to suit up against the Sea Eagles either, though Melbourne will have Ryan Papenhuyzen back to push his claims for a NSW utility role.

Maroons fullback Kalyn Ponga is already a confirmed scratching for Newcastle under category one concussion protocols that require a mandatory seven-day stand-down from a head knock suffered in Origin, despite passing his HIA on the night.

Titans million-dollar man David Fifita (knee) will return against the Knights to push his cause for a Queensland call-up after being injured for the first two Origin games. 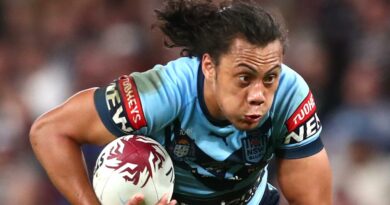 Injury worries for Moore, Hurley ahead of finals