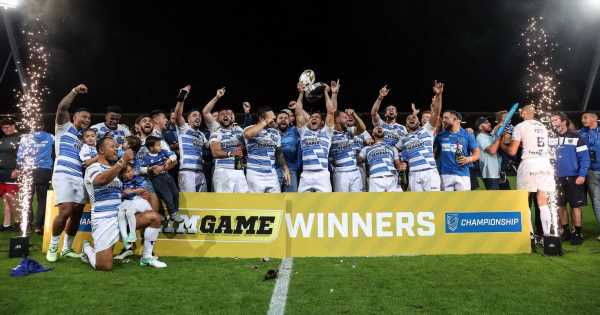 The veteran forward – who won every honour in the game at Wigan before spells at Salford, Leigh and Widnes – scored a crucial try in the French club’s promotion decider against Featherstone.

Sylvain Houles’ team have thrilled supporters at Championship level for several years with an exciting brand of attacking rugby from all over the field.

Hanson, 36, says that will remain despite the step up in class – although he admits they will have to pick their moments when facing the big guns in the competition. Hansen said: “Sylvain lets us play.

“If you look at the style of rugby we have it’s good to watch, and the tries that we’re capable of scoring are awesome at times.

“Coming into Super League now we know we’ve got to get that balance right, especially when we’re coming up against the harder teams.

“Even though we know we can throw the ball around and attack from anywhere, there will be times when we’ve got to rein it in and be disciplined.

“We’ve got a lot of players with Super League experience in the squad which is great, and I’m confident we've got the team to stay up.

“We pretty much had a Super League ready team this year, and I think it’s a team that’s ready to do something special and play some attractive rugby.”

Toulouse welcomed yesterday’s Super League fixture announcement more than most – they spent almost the entire 2020 campaign on the road due to Covid and didn’t return to their new Stade Ernest-Wallon base until the play-offs.

They kick off their top flight campaign at home to Huddersfield on February 12, and eyes are already glancing towards Easter in mid-April, when Super League’s first ever French derby will take place against Catalans.

Hansen added: “That’s huge for the game in France. The French atmospheres are great anyway, and it should be a full house against Catalans which will be spectacular.

“They’ve signed Mitchell Pearce and Dylan Napa so those games should be tasty. But we’ve stepped everything up in pre-season – it’s been a lot more intense and focused, especially on fitness.

“We’ve got the flair in attack and know we can defend but we can only do that in Super League if we’re a really fit team.” 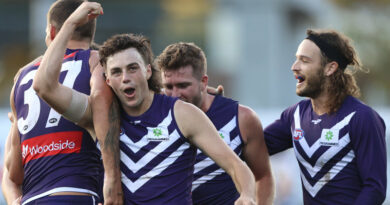 Dockers upset Cats at home to stamp themselves as genuine contenders