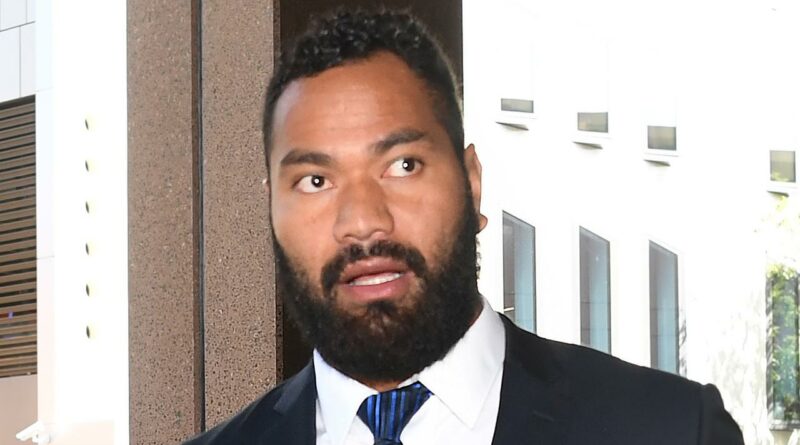 Ex-NRL star Tony Williams has apologised for shaming the victim of Jarryd Hayne’s sexual assault case following huge backlash to his Instagram post that included two of his contracts being torn up.

After Hayne was sentenced to five years and nine months for sexual assaulting a young woman in September, 2018, Williams took to Instagram ridiculing the victim and the justice system for sending “an innocent brotherly to jail.” He also called them “Fn dogs” and a “bunch of flops.”

As a result ,Williams’ current Ron Massey Cup contract with the Windsor Wolves was torn up and his 2022 contract with NARL club New York Freedom was also terminated.

He has offered several apologies on Instagram since — and gave an interview this week to explain his regret.

He has also revealed to The Sydney Morning Herald his own mum scolded him for his actions.

The 32-year-old comes from a female dominated Polynesian family that includes six sisters. He also is the father of two daughters. He says his mum was quick to pull him up on what he had said about Hayne’s victim.

“Polynesians grow up to respect our women, respect our sisters. Whatever they say we listen,” he said.

“My mum went off at me and said, ‘What happens if it is your sister or daughter?’

“That got into my head. I understand that, it made me (realise) I said it the wrong way.

“This stuff that happened goes against what I was taught, because my parents taught me better.

“Sometimes anger takes over what you’re really trying to express. I should have gone about it in the right way where it didn’t hurt people.

“If I did it again, I would choose my words differently.”

He had plenty to be sorry about.

“To all Haynsy’s family and friends stay strong for him and let God do he’s thing I love you all … God always prevails.

“Before I let this be just want to congratulate the victim and the so called justice system you’ve sent an innocent brotherly to jail away from he’s kids you bunch of flops … that’s all respectfully.”

“To anyone that I may of (sic) offended I speak from the heart and most of time it’s out of anger a brother had been convicted it isn’t easy to take,” Williams posted on Instagram earlier.

“People that know me know that I’m loyal and loving and sometimes gets the best of me but will never leave a brothers (sic) back when he needs me to hold him up.

“I apologise for the choice of words I used and to anyone that I have caused hurt.

“Especially to people that support me. Sorry”

NRL: FOX League’s Michael Ennis says the Wests tigers didn’t even turn up against the Gold Coast Titans on Saturday….

NRL: FOX League’s Michael Ennis says the Wests tigers didn’t even turn up against the Gold Coast Titans on Saturday.

He told the Herald he is remorseful and if he could have his time over he’d choose his words differently.

“To the victim and her family, apologies,” Williams said.

“Any words that offended them, it’s not who I am. I apologise for the words I used. I hope she gets through it and lives a happy life.

“I understand I hurt a lot of people, but it wasn’t what I was trying to do.

“If I had my time again, I would have chosen my words a lot better than that.

“I do show remorse. I can’t imagine what she was going through or what happened.

“I never meant to hurt them in any way. My anger was about my mate, who I have grown up with since we were kids, going to jail. If anyone has a loyal brother or friends in the same way they will understand.

“I hope she does recover from whatever she has gone through and lives happily with her family and can move on from this.”

NRL: The North Queensland Cowboys rallied late against the Brisbane Broncos to clinch a one-point win over their bitter rivals….

NRL: The North Queensland Cowboys rallied late against the Brisbane Broncos to clinch a one-point win over their bitter rivals.

Williams is a friend of controversial crosscode star Israel Folau whose had a contract torn up because of his posts on social media about homosexuality. He says he now understands how Folau “feels” and has suggested that other people would come out in support of their friend if they were in a similar position.

“You can understand how we all bond; it’s a connection we had and just had to express something.

NRL: Could a return to Red Hill be on the cards for Rabbitohs coach Wayne Bennett with reports emerging he has the backing of the senior players….

NRL: Could a return to Red Hill be on the cards for Rabbitohs coach Wayne Bennett with reports emerging he has the backing of the senior players.

“I know a lot of people who don’t know us would say ‘They are flops’ or whatever. They should question themselves, what they would do for their brothers and their close mates that they grew up with. Would they do the same or would they just let them burn?

“Obviously (Hayne) is leaving his family. He’s got a kid on the way he might not see. That hurts me because I know if I wasn’t there for my kid, it would kill me.

“It came out the wrong way. I didn’t think about what I was saying about the victim and her family.”

Williams wasn’t the only former teammate of Hayne to throw their support behind the convicted sex offender.

Krisnan Inu also took to social media with some stinging words — which he has since apologised for. Inu is now being investigated by his current Super League club, Salford Red Devils.

Williams to retire from football after Wolfpack bid falls through 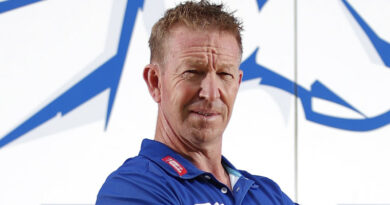 Noble looks to other sports for inspiration ahead of new season