Home » Rugby League » ‘He feels he can be the main man’: Tigers to see the best of Brooks

LUKE Brooks is ready to stamp his authority as the Wests Tigers’ No.7 for the rest of his NRL career, according to veteran Benji Marshall.

Brooks is off-contract at the end of next season, but his future at the Tigers looks safer than ever after Nathan Cleary re-signed long-term with Penrith last month.

NRL: The Manly Sea Eagles have announced that Des Hasler will return to coach the club next season.

There had been some suggestions the Tigers could pursue Cleary in a bid to create a father-son combination with coach Ivan – a pairing that now looks likely to happen at Penrith.

Marshall was of the belief there was room for both Brooks and Cleary at the Tigers, but regardless said he’d seen enough of Brooks in 2018 to know he was ready to take the reins for good.

“What I’ve seen on Luke’s transformation this year is a belief I haven’t seen previously in Luke, where he actually believes in himself,” Marshall told AAP.

“He feels like he can take the game on and be the main man in the team and not be scared or shy of that.

“His growth gives me a lot of hope he is going to be the Tigers’ long-term No.7 for the rest of his career.”

Brooks had undoubtedly his best season for the Tigers in 2018, claiming their player-of-the-year award as well as the Dally M halfback of the year.

NRL: The round 1 fixtures of the NRL have been published by The Daily Telegraph.

With a senior five-eighth in Marshall back by his side and more experience around the club, the one-time teenage prodigy’s game reached its potential as he returned to his running best.

At age 23, he had more runs, linebreaks and tackle busts than in any other season of his six-year career as the Tigers shot out of the blocks before eventually finishing ninth.

“The pressure he has been under for the past few years, to be the next Andrew Johns was unwarranted pressure. The big four and all that rubbish,” Marshall said.

“I was just so proud to see him turn it around. And you know how he did it? Playing the way he played when he was a kid.

“When I first saw him play he used to run the ball, take the line on and be so strong and deceivingly fast.

“And not worry about controlling the team. As a halfback sometimes you can get too caught up in trying to control the team.”

BEST OF THE BEST: THE ULTIMATE WORLD TEAM OF LEAGUE PLAYERS

Originally published as ‘He feels he can be the main man’: Tigers to see the best of Brooks 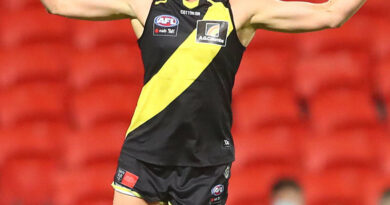 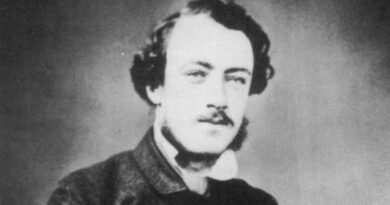