Home » Rugby League » He knows it’s coming for him, but first Royce plans to steal a march on insidious disease 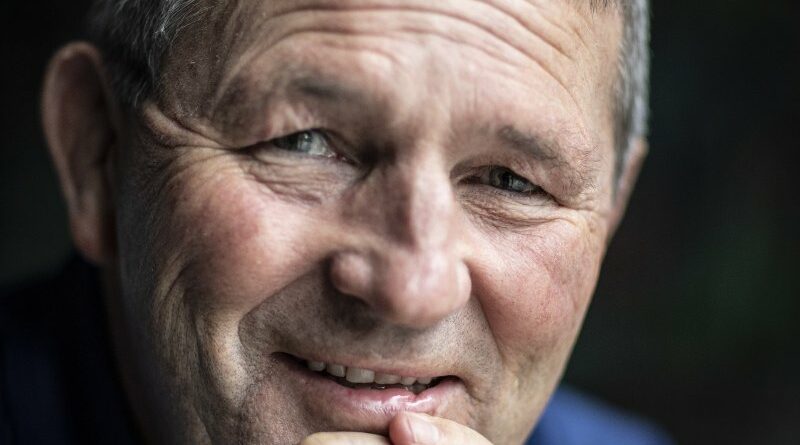 It’s only a little after lunch when Royce Simmons wanders past the “honesty” bar, where the beers are cold and you serve yourself, outside a few hours on Friday and Saturday afternoon.

There’s a pen that sits on top of a little book that records who has drunk what and which room it should be charged to.

“See this,” the old rugby league legend says. “Everyone is supposed to put down a stroke next to their room for every drink they have. I would come in here for a drink and put down two strokes and they would charge me for a couple of drinks. But they didn’t know I was actually writing down 11!”

He got away with it for a couple of months, he reckons. 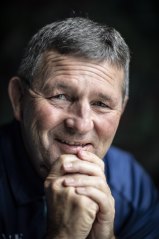 And they haven’t stopped laughing since at The Royce, the retirement complex named after Penrith’s 1991 premiership hero, who has taken up residence with wife Liane.

The wit is still there, but Simmons knows his mind is changing.

Just moments after cracking jokes about his “honesty” bar shenanigans, he fumbles around the pockets of his newly designed Royce’s Big Walk jacket for his phone. He can’t find it, and can’t remember where he left it.

It’s a common problem for a lot of people. But when you’re facing the early stages of dementia, it takes on a different context.

“I’m OK right now, but I know the dip is coming,” says Simmons, who on Tuesday will start a 300km charity walk from his home town of Gooloogong in central west NSW to Penrith’s BlueBet Stadium. “I can feel a little bit of short-term memory loss starting to take effect.

“I was getting little bits here and little bits there, but the clincher was Liane and I went away for a weekend. I just had my shoulder replaced. We were staying in these cabins and Liane got a carton of beer out of the boot.

“I’m OK right now, but I know the dip is coming. I can feel a little bit of short-term memory loss starting to take effect.”

“She said, ‘No, we just pulled up at the pub and you stood and watched me go in to get it and bring it out’. I thought she was joking, but then I realised she wasn’t.” 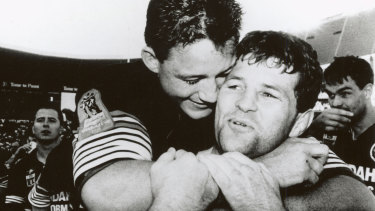 Simmons, 62, would have every right to deal with his Alzheimer’s diagnosis in private.

Instead, he’s openly speaking about his condition and training intensely for his charity walk, which will host events in country towns each night in the hope of raising awareness and funding for dementia research. By the end of the walk, Simmons could raise as much as $750,000.

Rugby league luminaries such as Brad Fittler, Steve Roach, Allan Langer, Tim Sheens and James Graham will join him on parts of the trek, which will finish when he enters Penrith’s stadium before their clash against the Cowboys on May 27.

On the day The Sun-Herald visits Simmons, he’s clocked up 18km in the morning.

“I was probably moping around for a while feeling a bit sorry for myself,” he says. “Then I thought, ‘What a great job Mark Hughes has done for brain cancer’. He’s raised millions and millions. I just thought of him and said, ‘Why don’t you get off your fat arse and do something about it?’

“Hopefully, my wife will live for at least another 20 years, but then you think most of that will be spent looking after me. Then your kids will be called in too, then your grandkids will be. How many other people are going to be affected by you getting sick? Nurses and doctors. What is the cost of this going to be? 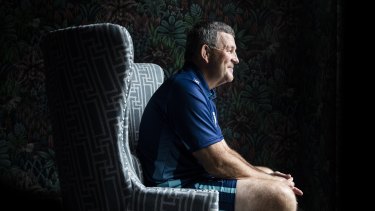 “For a kid with only a sixth grade education at Gooloogong, I started thinking about all these things.”

The charity walk will wind through Cowra, Bathurst, Hartley and Katoomba before reaching Sydney.

Simmons is more worried about providing a boost for struggling country towns after recent years ravaged by bushfires, floods and the pandemic. If he can help get a few kids more engaged with sport along the way, he says he’ll be happy.

On the day he played his last game in the Panthers’ grand final win, Simmons famously said he wanted to have a beer with everyone in Penrith. The line still lingers more than three decades on.

“I can’t believe the support I’ve got from the Penrith town,” he says. “Everyone has known me as a footballer over the years. And I go for walks all the time getting ready for this.

“In the past, maybe one in every 10 or 20 people walk by you and might have said g’day. I walk around now since I’ve made it aware I want to help in some small way with [dementia awareness and research], nearly every person you walk past is thumbs up and all the best.

“I don’t think too many people want to talk about it, but it’s got to the time where we need to make it known how bad this is. My wish is for people to just be aware of that.”

That’s as honest as Royce gets. 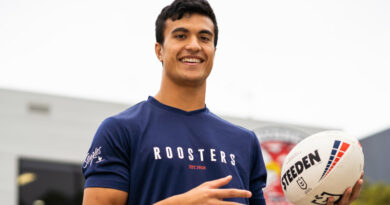 Suaalii can be better than Ponga, says former cross-code star 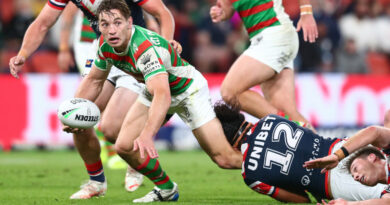 Taking the lead: Cameron Murray’s rise and rise at the Rabbitohs 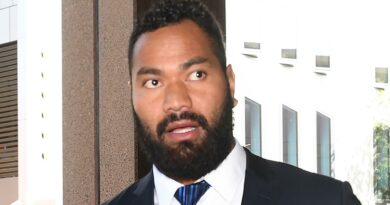