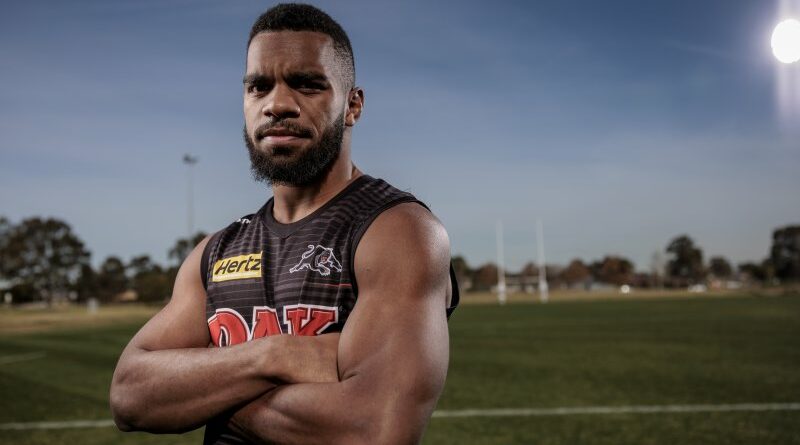 Sunia Turuva refused to acknowledge his own family sitting in the stands.

“I avoided them the whole week,” the 19-year-old said of the build-up to his international debut for Fiji at the end of June. 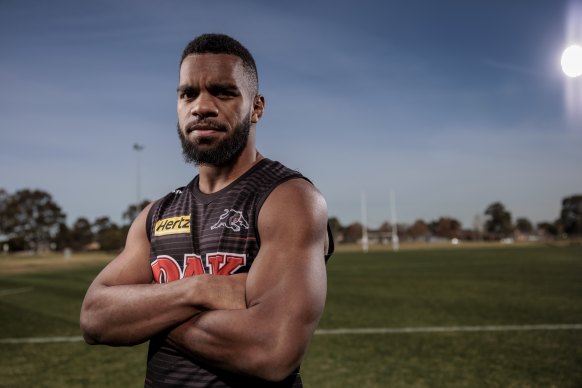 Sunia Turuva made his NRL debut for Penrith last weekend. He will line up for the Panthers against Melbourne on Thursday night.Credit:Brook Mitchell: SMH

“I was emotional. They were messaging my dad during the week because I made sure they weren’t messaging me. Even on game day I had to delete my social media. I didn’t want to let it get to me.”

Few outside the walls of the Panthers academy would be able to recognise the trauma Turuva has endured during the past couple of years, such is his personality.

The sudden death of his mother Salote Vatuinaruku during COVID-19 lockdown in September 2021, 12 months after the family’s Glendenning home burnt to the ground, rocked the teenager.

The emotions spilt over after the game against Papua New Guinea at Campbelltown Sportsground in June. Suruva, who is named after his Mum’s father, walked over to his family. Many of them were wearing T-shirts with his mother’s face printed on them. 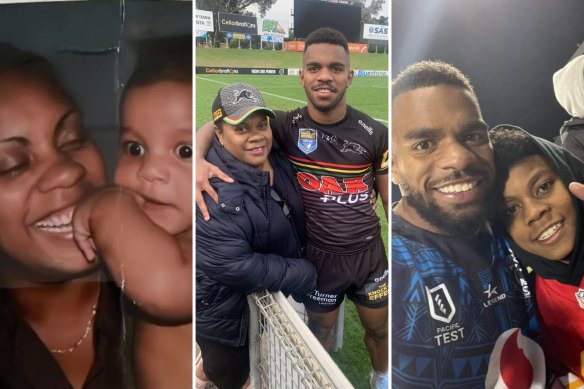 Sunia Turuva with his mother (left and centre) and his younger brother (right).

“My Mum’s sister texted me during the week and said, ‘We’re all going to be wearing a shirt with your mum on it,” Turuva, the first cousin of teammate Api Koroisau, said.

“I saw them during the game and I had to quickly look away. I just had to avoid it all. I didn’t want to let it get to me. I remember after the game jogging over to them and a whole heap of them were chanting my name. I could see Mum’s face everywhere. I couldn’t really hold it in.

"I would have loved for her to have been there but I know she would be proud. It would have meant a lot to her. I even told her that I'd love to play for Fiji last year when she was still here with us. She would've loved it."

At the time of his mother's passing, of which the details are too delicate for him to discuss, his teammates were in the final weeks of a four-month stretch in Queensland after the NRL competition was relocated due to COVID-19.

Turuva, a fringe first-grade squad member at the time, never made the cut. Panthers coach Ivan Cleary was one of the first people to reach out to Turuva, or Tito as he is more commonly referred to in Penrith, to offer his condolences.

When the players walked off the field following a narrow and controversial victory against Parramatta in week two of the finals, they quickly gathered around the phone to FaceTime their grieving friend.

“That moment was special. It gave us all a bit of an insight into how the players feel about Tito and how special he is to this group,” Cleary said.

“Of course, the fact that Api is really close to his family and known him since he was really young played a part. But to see how much pain the whole group were in showed how popular he is in our group.”

Turuva was born in Auburn and lived the first few years of his life in Berala before his family moved to Glendenning in Sydney’s greater west. 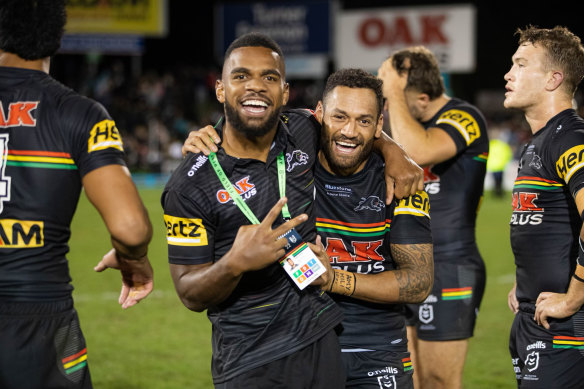 It's where they would stay until flames ripped through the family's outdoor furniture in 2020, igniting a fire that destroyed their home and the new decor that had only just arrived that week.

“Me and my younger brother looked outside,” Turuva recalled. “The old furniture had lit up. Me and my older brother just got everyone out of the house. Once we got out, the neighbours were all outside looking.”

“Dad and Mum just purchased new furniture that week. We pretty much lost everything. Then Penrith started up a GoFundMe page. They set $10,000 as a target but the support was enormous and we got well over it.” 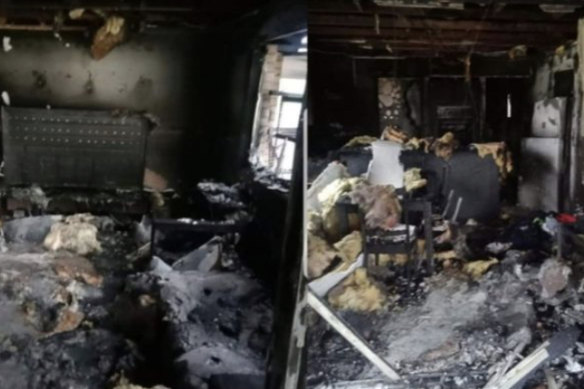 The Turuva family home in Glendenning that was burnt to the ground in 2020.

Turuva, with his father and four brothers, now lives in Rooty Hill. It’s a long way from his father’s Fijian home in the village of Saunaka just outside of Nadi, where the family gathered around a single television to watch Turuva make his NRL debut for the Panthers last weekend.

He's just the latest star in a production line of junior talent that has placed Penrith in prime position to win their second premiership in as many seasons.

“He’s so good to coach,” Cleary said. “He’s one of those people who gives every moment his best effort. That’s why the way he played for Fiji didn’t surprise me.”

It also wouldn't have come as a surprise to veteran coach Wayne Bennett who, like the Wests Tigers, tried to lure Turuva away from Penrith on a three-year deal. 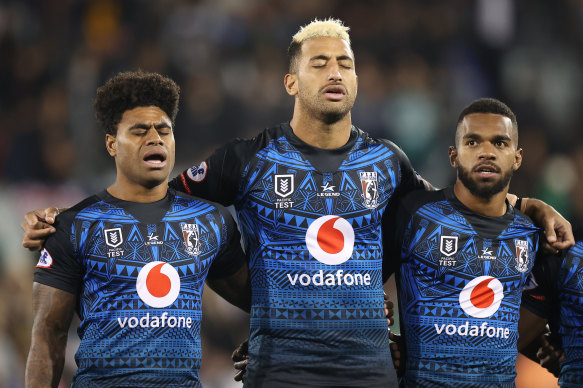 “To be honest, I was pretty shocked when it first happened when my manager hit me up saying that Wayne was keen,” Turuva said.

"I had to confirm it was the actual Wayne. It was pretty daunting. When I saw him he was just quiet, looking at you and observing you. But I sent him a message after saying thanks for the interest in me. To be honest, my plans were always here in Penrith.

“I came through here with guys like Taylan May and Izack Tago. I feel like I have a fair bit to learn here. I love the culture here, the system here and the boys here. There’s no place I’d rather do it than here at my home.”

’We don‘t let players like that walk out the door’ 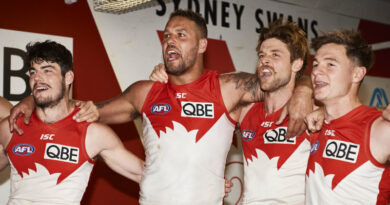