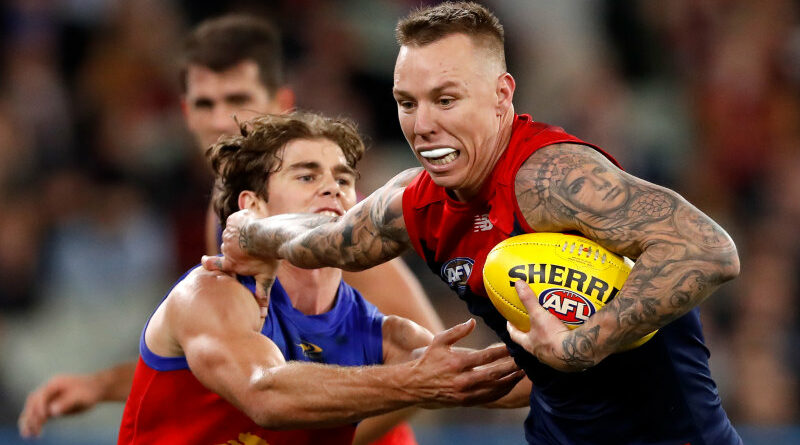 Melbourne are back, dispensing of the Brisbane Lions with ease to show their best is good enough to push towards back-to-back premierships.

Trailing by a goal midway through the second quarter, the real Demons awoke from hibernation to bury the Lions’ hopes of winning at the MCG for the first time since 2014 into the hallowed turf. 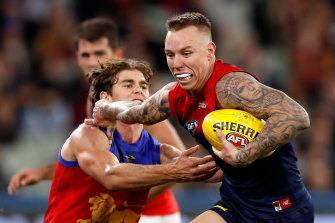 Melbourne’s midfield thrashed the Lions during the term as Jack Viney joined forces with the ever-reliable Clayton Oliver to bring an end to the slump. The pair combined for 14 contested possessions in the quarter as the Demons kicked five unanswered goals; in that time Lions gun Lachie Neale won just one.

The return of Steven May in defence made an obvious difference to the premiers’ confidence, with the midfield pushing hard into their front half of the ground when they won clearances knowing they could trust what lay behind them.

Jake Lever began taking intercept marks which made the Lions question their ball use, forcing mistake after mistake as Melbourne owned the corridor. When Brisbane did err the Demons pounced, with Kysaiah Pickett’s pace and Bayley Fritsch’s athleticism troubling their opponents.

Importantly after the events that followed May’s altercation with Jake Melksham the Demons showed their spirit had not disappeared. One moment summed that up when Lever ran the length of the ground to high-five Toby Bedford for his smother that led to Ben Brown kicking a goal just before half-time. 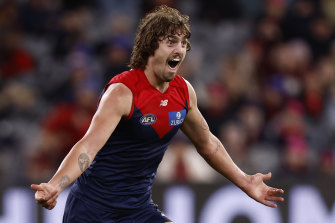 Luke Jackson celebrates a goal for the Demons.Credit:Getty Images

It was disappointing for the Lions to once again experience defeat at the MCG, the final box they need to tick to be considered legitimate premiership contenders. They have now lost 10 in a row at the venue, with star defender Harris Andrews 0-9 at the venue. The All-Australian backman is out of form, running around with the intensity of a parent playing a game of touch football at their child’s school sports.

The Lions had started with real intent too, laying two crunching tackles in the first five minutes of the match. 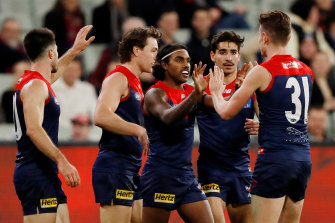 The first which Joe Daniher laid on Angus Brayshaw ended with a goal to Eric Hipwood. The second occurred at the other end of the ground when Jack Payne stopped Fritsch from getting his kick away when the Demon ran into the goal square rather than handball to the available Christian Petracca.

It was reasonable to expect they would have performed better if their skipper Dayne Zorko and lively forward Zac Bailey had been available but Melbourne were without their ruckman and leader Max Gawn.

Such is Luke Jackson’s talent however the Demons found it easier to solve that problem than the Lions could with inexperienced replacements all that was available. Jackson’s goal in the last quarter was exciting with his management likely to have celebrated as hard as Jackson who ran off like a fast bowler knocking over the opening batsman on Boxing Day. 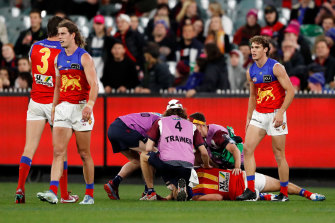 Jarryd Lyons copped a heavy knee to the sternum.Credit:Getty Images

Injuries during the game also hampered them with Jarryd Lyons bravely battling on after his ribs swallowed Fritsch’s knee before he was subbed out of the game midway through the last term. Andrews also had his wings clipped when he hurt his shoulder in a clash with Viney. The veteran defender could not hold one arm out (let alone two) but he kept playing.

But the game was decided before half-time with Viney the man pulling the Demons out of a slump.

Brisbane at the MCG

Brisbane have now won just one of the 12 games they have played at the venue since 2014. The Lions obviously need to break that run at some point if they are to challenge for a flag, but won’t get another chance until round 20 against Richmond, their next visit to Melbourne. 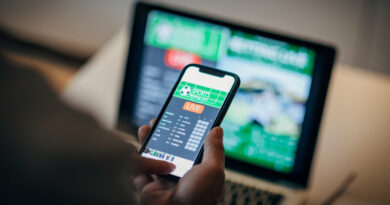 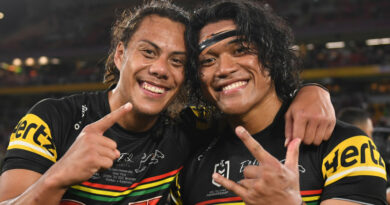