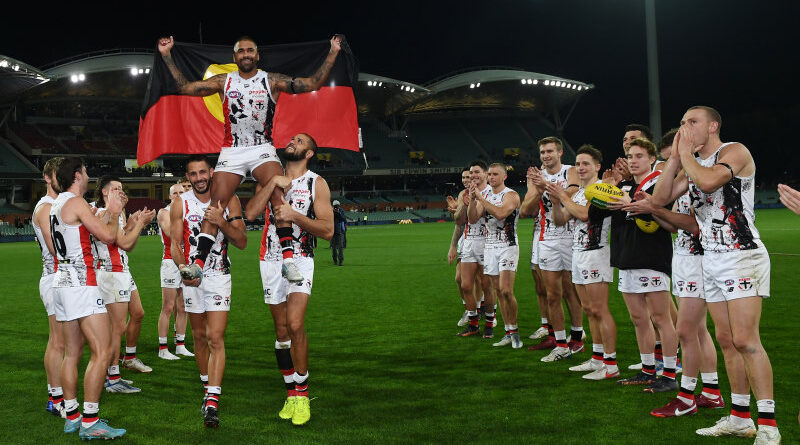 Max King’s flawlessness and milestone man Brad Hill’s sheer class propelled St Kilda to a hard-fought victory over Adelaide and to the doorstep of the top four.

It took until the 27th minute of the fourth quarter for St Kilda – when King slotted his sixth goal from as many kicks – to finally shake off the dogged charge of the valiant Crows before the margin blew out somewhat at the death.

Adelaide’s thirst for the contest was evident from the outset, but their lack of polish proved costly and was in stark contrast to the cream of the Saints, which rose when it mattered. 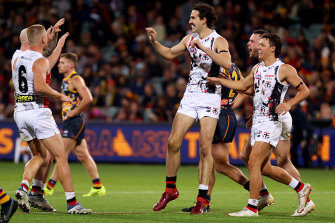 Hill, in his 200th match, was the most damaging player on the park, whether sweeping seemingly unattended across half-back or creating havoc with his effortless play making at high half-forward. 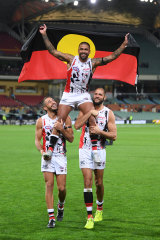 Brad Hill was the most damaging player on the park in what was his 200th game.Credit:Getty Images

Early doors, the result was a flat flunk.

The Crows handsomely outmuscled the Saints in clearances (12-5) and inside-50s (18-9), but their waywardness in attack meant their territorial and contested dominance went unrewarded.
At the other end, King was proving too much to handle for inexperienced Crows full-back Nick Murray, booting St Kilda’s only two goals of the term to give the visitors an unlikely quarter-time edge.

The Saints’ pressure was subpar, their discipline shoddy and their proneness to be second to the footy resulted in a lopsided free kick and 50-metre penalty count in favour of the Crows.

Adelaide’s advantage was 13 points early in the third term before St Kilda’s big forwards, as they had done all night, pinched the lead and threatened to take over the match.
Tim Membrey ran into an open goal, King marked and goaled twice in as many minutes – the second via a horrible turnover from Chayce Jones – and Rowan Marshall began exerting his influence as the Crows’ backline suddenly was made to look small and stretched to its limits.

But with Brodie Smith brilliant, Adelaide’s forward-half pressure stellar and the Saints continuing to be plagued by bouts of ill-discipline, the Crows recaptured the lead ahead of a pulsating final term.

The lead changed hands several times but St Kilda, with Hill at the forefront in a Sir Douglas Nicholls round masterclass to savour, had more composure and class when it mattered, recapturing the lead through Membrey and getting on a late roll, King and Paddy Ryder keeping the scoreboard rattling as the Crows’ skill level slumped badly with the finish line in sight.

MCADAM’S MOMENT
Wearing the treasured No.23 previously worn by the likes of Andrew McLeod, Jared Petrenko and Charlie Cameron, Crows livewire Shane McAdam had the home fans on their feet in the second quarter.

With Jimmy Webster on his hammer and with the fast-leading Riley Thilthorpe presenting a significant health hazard, McAdam soared sideways, narrowly avoided a big collision and pouched an athletic, courageous mark. 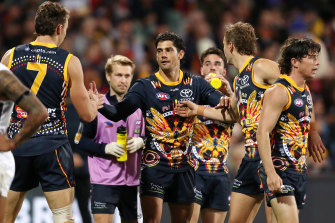 He converted the goal, which put Adelaide in front, and proudly pointed to his resplendently designed Indigenous jumper in a memorable moment.

Then midway through the second stanza, with his team in desperate need of a spark, McAdam gave the Crows the lead back with a sweet soccered goal off the deck, a reward for his second effort and composure. 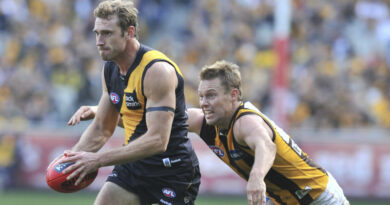 From the Archives, 2010: Old heads give Hawks edge over Tigers

The inspiration driving Luai to become Penrith’s long-term No.6 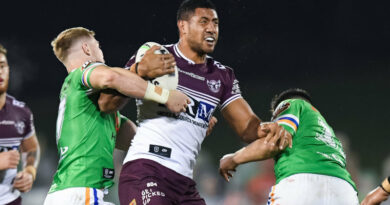