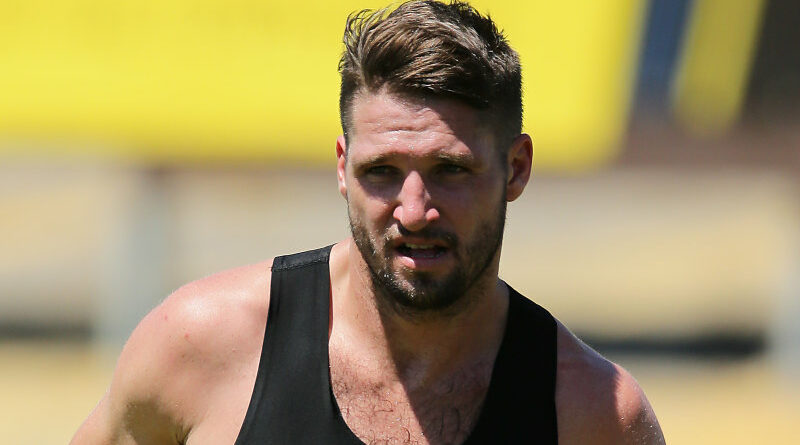 It’s been a long road back to the AFL for Jesse Hogan. And if Shane Mumford didn’t have a granny flat at the back of his house, it might have been a dead end.

Hogan will play his first game for Greater Western Sydney on Saturday against Adelaide, with coach Leon Cameron confirming the 2015 Rising Star winner would be selected after three strong weeks in the VFL, having recovered fully from a pre-season quad injury. 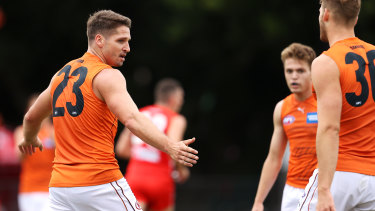 Jesse Hogan is set to play his first AFL game for GWS this weekend, after several weeks in the VFL.Credit:Getty

It’s an important milestone for the 26-year-old forward, who is attempting to revive his career on a one-year contract with the Giants as a replacement of sorts for departed star Jeremy Cameron.

The former number two draft pick burst onto the AFL scene in his early years with Melbourne but after two major foot injuries, form, disciplinary and mental health issues, and an ill-fated switch back to his home state with Fremantle, he was reportedly contemplating retirement last year. 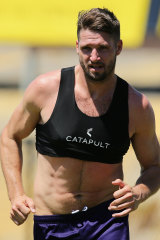 Jesse Hogan is on a one-year deal with the Giants.Credit:Getty Images

Hogan kicked only five goals in seven games for the Dockers last year, and at the end of the AFL season, was fined $8000 for breaching WA’s strict quarantine laws by inviting a woman into his home when he was self-isolating after the team returned from their hub in Queensland.

It was the final straw for the club, who promptly traded him to GWS for pick 54. The move was a gamble for both parties, but Hogan has thoroughly impressed on and off the field in his five months at the Giants and appears to have found the right headspace.

Cameron put that largely down to the influence of Mumford, the veteran ruckman whose family took in Hogan when he moved to Sydney by setting him up in their granny flat.

“He found Mummy and Mummy found him. It’s a really good match. Mummy has a bungalow out the back and that’s where he stays. He gets on really well with the family. He has been a really good mentor for him.

“No doubt some of the challenges that Jesse’s had in his life, Mummy’s built that relationship where they can talk about some of the things he’s struggled with.

“We’re really rapt because when we first took Jesse and we really wanted him to come to his footy club, we were a bit up in the air about how that was going to work out.”

Hogan kicked seven goals in two games for the Giants’ VFL side, with his inclusion likely to squeeze out young forward Jake Riccardi.

“No doubt he’s going to be nervous, first game for a long time. But he’s put himself out there. That’s what we like,” Cameron said.

“I know he’s a player of interest and people will look at him closely but he’s got to come in and play his role. All the things he’s done at VFL level, hopefully he can transfer to AFL level on Saturday.”

Cameron also confirmed that star midfielder Lachie Whitfield, who has been felled for the last 12 weeks after suffering bruised liver, would join Hogan in the GWS side to face the Crows provided he pulls up well from training.

“We don’t expect miracles but clearly Lachie Whitfield’s an important player to our structure,” he said. 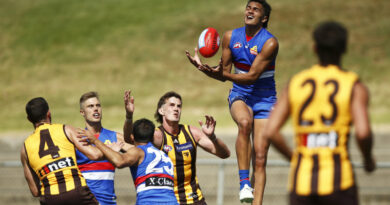 AFL caves in to coaches on VFL rule trial

Sims returns to the scene of Suncorp destruction