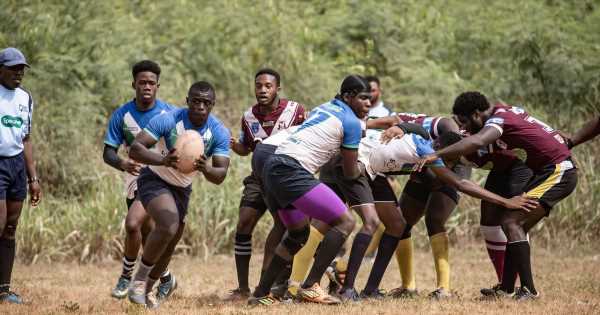 The rugby league fields of Ghana will host the unique sight of Salford versus Salford this year as part of an innovative and unlikely partnership.

The Red Devils have linked up with the emerging African nation to supply kit and equipment, as it looks to mark the tenth anniversary of rugby league being played there with genuine progress in 2022.

Warrington-born Andy Gilvary, the national team coach for Ghana, was part of one of the first RFL trips there in 2012, taking a bag of balls and cones to the capital’s university.

Now he and Middle East Africa’s regional director Remond Safi are overseeing what they hope will be a project that pushes the sport forward on the continent.

“If you speak to people working in African countries the first thing they say is that they want balls and they want kit,” Gilvary said. “Without that, they can’t play rugby league.

“It’s probably difficult for people here to grasp just what difference one ball can make to them. Now this season they can go to a vault of playing kit and equipment every time they play.

“Salford have already sent kit out there and we want their badge to be in local communities. They will also produce bespoke kit for coaches with the Salford and Ghanaian badges on and we really want to embed that identity in the game there.”

Safi – who has worked extensively in development of rugby league in Lebanon – was part of initial talks with Salford directors Paul King and Paul Trainor. Safi explained: “I said look at Manchester United. Wherever you look around the world, they know about Manchester United.

“That’s how our Super League clubs need to think, to open up our boundaries and borders and create commercial opportunities and player pathways.

“This will impact the game massively in Ghana. It creates opportunity and resources for people in Africa.”

Gilvary estimates there are 1,800 rugby league players in Ghana at present across 10 clubs, with the women’s game growing quickly.

He coached the Leopards in their 2019 tournament against Cameroon, Morocco and hosts Nigeria, and hopes the Salford partnership will ultimately see promising young players spend time in England.

Gilvary added: “They’re still very much in their infancy in terms of development, match officials and structuring a programme.

“There is already quite a big pool of players but they need a proper pathway. Salford will help us to bring that, and we’re hoping to have a number of staff come over from Ghana and spend a week in a Super League environment.

“We can then send videos for their coaches to use and increase their knowledge.

“The aim here is long-term, they’re not going to get Super League players right now, but five, 10 years down the track then who knows. The foundations that Salford have helped us put in place already have been brilliant.” 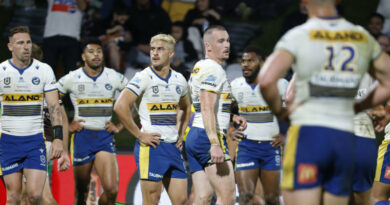 Four losses in a row and now an extra day off: Arthur gives awful Eels a break