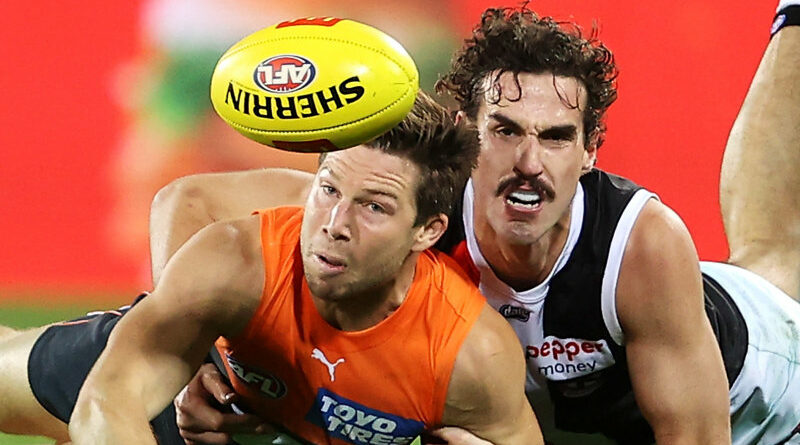 Dynamic and enigmatic GWS co-captain Toby Greene can be the difference between a wasted season for the Giants or a revival that will save the coaching career of Leon Cameron.

One game back from another suspension, this time an umpire bump which cost him the first five weeks of the season, Greene’s absence has been the difference between a stirring finals finish last season and one win from six games this year.

With matches against an improving Adelaide in Adelaide this Sunday, followed by clashes against current top eight teams Geelong and Carlton, the Giants’ season could effectively be over by the middle of May unless there is a turnaround.

“Now he needs to get on a roll,” Cameron said of Greene, who kicked 1.2 from 14 disposals in last Friday’s loss to St Kilda.

Not surprisingly, Greene looked off the pace in his return match. 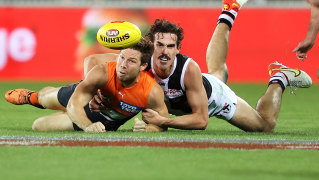 Greene was a pivotal player last season when the Giants had a strong finish, making the finals and then beating more fancied cross-town rivals the Swans in a major upset.

Cameron deserves significant credit for the way he guided the Giants last year, when they were interstate COVID nomads for much of the season, playing just two home games.

But without Greene’s impact, the Giants have appeared increasingly dispirited, scoring a total of just 11 goals across their six final quarters this year.

Cameron confirmed on Wednesday that he “absolutely” wants to continue coaching the Giants next year despite contract negotiations being put on hold until the end of the season.

“I understand the speculation, but we’re all about Adelaide this weekend,” Cameron said.

During his first two answers at Wednesday’s press conference he talked about confidence, or rather a lack of it.

“Clearly you’re trying to secure that win to get a bit of nourishment in the place and a bit of confidence,” Cameron said before later adding: “Confidence is fine [at training] during the week but you’ve got to be able to transfer it during the weekend.”

Despite such a poor start to the season, Cameron claimed the Giants would not be changing their methods.

“I think if you take your eye off the ball and try to come up with some magical way that you can fix it, that’s when you know you’re probably in a bit of strife,” Cameron said.

“There’s no way we’re heading down that path.

“It’s our fundamentals at training, it’s our rock up to work, it’s our climb back up the stairs and be a really strong team and be really hard to play against.”

Forward Zach Sproule is available for the Giants after more than three months out with a shoulder injury, while Veteran forward Jesse Hogan is likely to return against Adelaide.

Flexibility and adaptability, the wartime history lesson for football