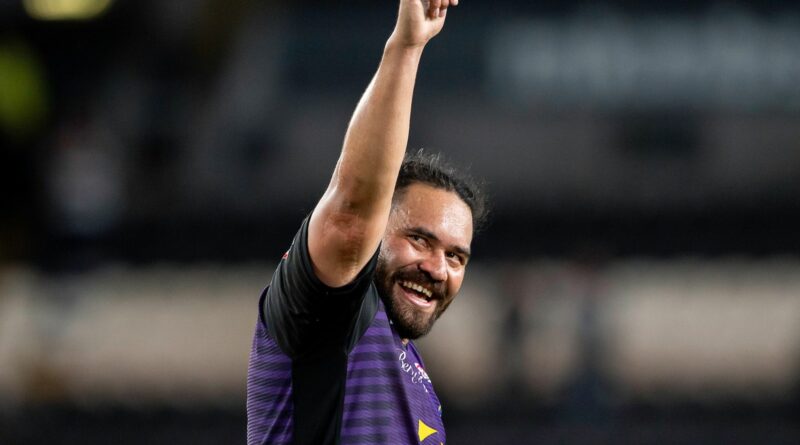 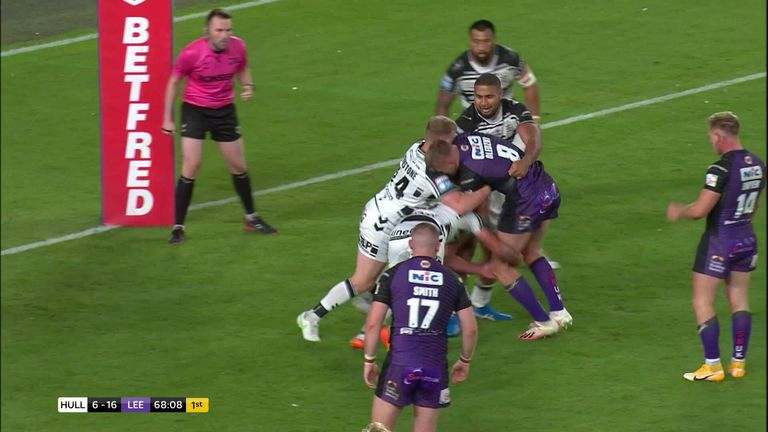 Hull dominated field position but only had an Adam Swift try and Marc Sneyd penalty to show as they claimed a 6-4 half-time advantage after Leeds had initially gone in front with the first of two Rhyse Martin set-pieces in the opening period.

But Leeds slowly worked their way into the contest as their solid defensive display was rewarded with three quickfire tries through Brad Dwyer, Richie Myler and Cameron Smith to secure their first win at the MKM Stadium since April 2017.

Josh Reynolds and Myler were sin-binned late on before Carlos Tuimavave grabbed a late consolation as Hull fell to successive league defeats.

The Rhinos produced a dominant second half display having trailed 6-4 at half time thanks to tries from Brad Dwyer, Richie Myler and Cameron Smith to record back to back wins pic.twitter.com/HJaBVhKfNL

The hosts made a bright start in what was their first home match with an unrestricted crowd since March 2020, pressuring the visitors with three goal-line drop-outs inside the opening 10 minutes.

Leeds held firm and went ahead with their first meaningful attack of the match when Martin kicked a straightforward penalty in the 17th minute.

The Rhinos should have extended their lead when Luke Gale broke and kicked behind the Hull defence, only for Harry Newman to knock the ball on with the line at his mercy. The hosts capitalised with their next attack.

A short-side move saw Sneyd pick out Reynolds, who flicked a pass in mid-air for Swift to touch down for his 10th Super League try of the season. 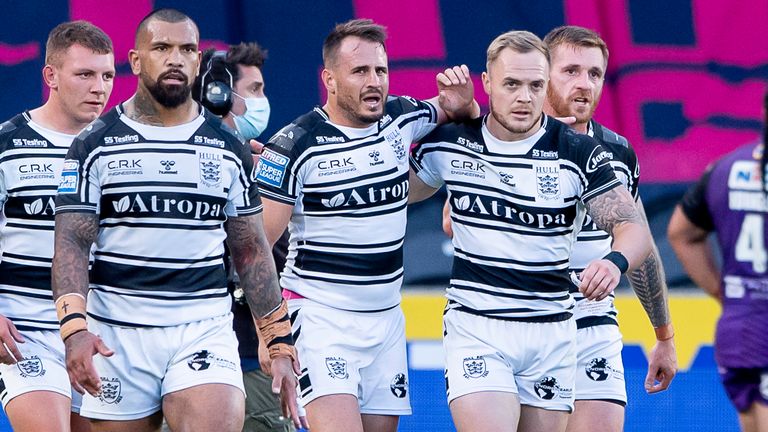 But indiscipline let the visitors back in as Martin converted another routine penalty to level the scores at 4-4.

More sustained Hull pressure saw three successive sets for the hosts and it eventually told as Sneyd slotted a simple penalty to nudge the Black and Whites 6-4 ahead just before the break.

Leeds should have regained the lead in the 43rd minute when Ash Handley broke free on left wing and passed inside to Kruise Leeming for an easy score, but the hooker inexplicably dropped the ball unopposed on the whitewash.

The Rhinos gained more of a foothold as prop Mikolaj Oledzki almost crashed over before the visitors got their noses back in front.

The pack powered their way towards the whitewash before Dwyer played a superb dummy pass to dive over for his side’s first try in the far corner, which Martin converted for a 10-6 lead with 20 minutes remaining. 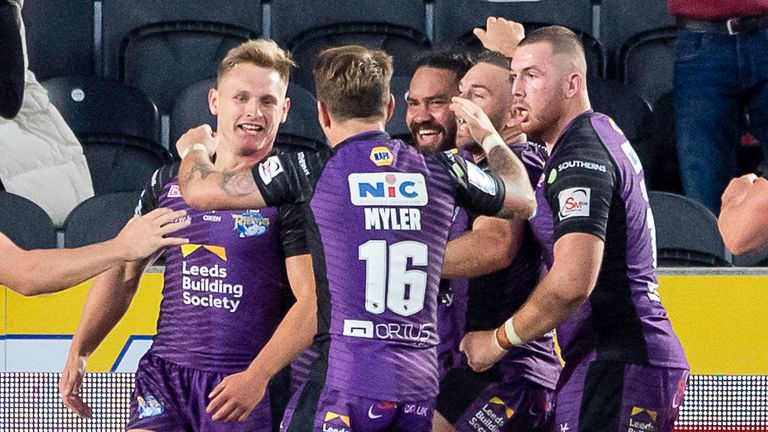 Hull could not make the most of Sneyd’s huge 40/20 and the away side made them pay almost immediately with their second try.

Oledzki kept the ball alive with a fine offload which was collected by Leeming, who ran across the Hull defence before picking out Myler to slice through and touch down.

Leeds all but secured victory when they ran in another quickfire score after Smith spun out of a tackle to stretch over the line, with Martin adding the extras for a 22-6 advantage.

The aftermath of the third Leeds try saw Reynolds and Myler go in the sin-bin for the closing stages as tempers flared, but Tuimavave crossed in the corner with three minutes remaining for a consolation score. 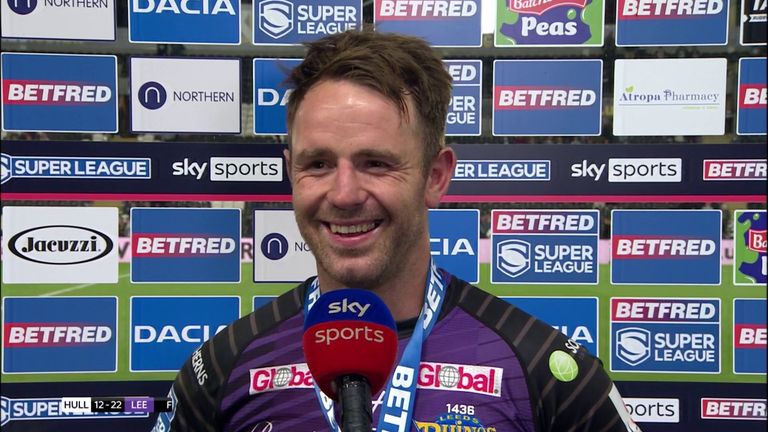 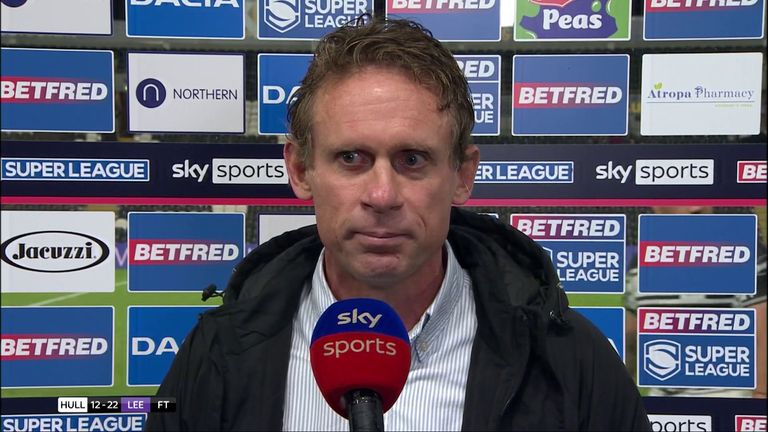 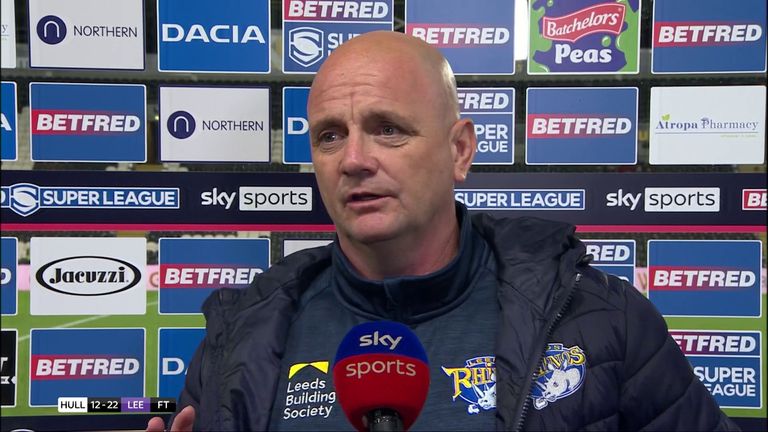