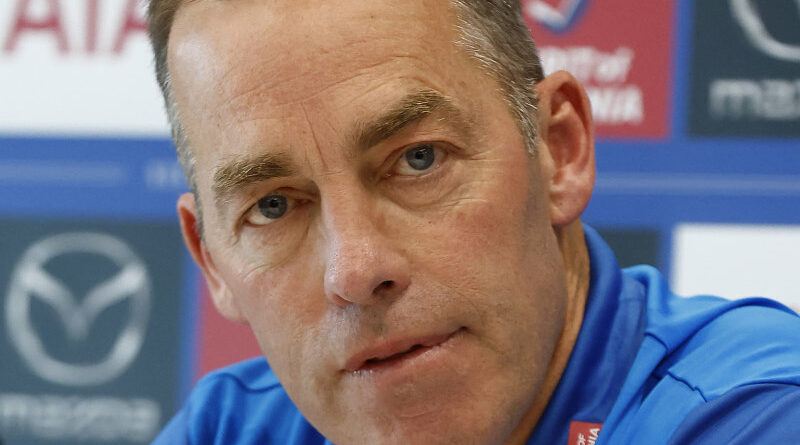 Attempting to force the separation of an Indigenous player from his partner. Pushing a player to remove the sim cards from a phone to cut off contact between a player and his partner.

And, most shocking of all, a senior coach allegedly suggesting to an Indigenous player that his partner should terminate her pregnancy. 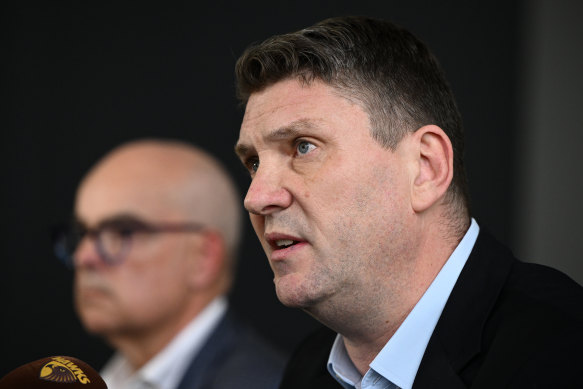 If these horrendous allegations to the ABC are proven – or even if the bulk of what is alleged can be more or less verified – the ramifications will be enormous for the individuals involved, for accusers and accused; for Hawthorn, North Melbourne and Brisbane Lions and not least, for the AFL and the code.

Alastair Clarkson, Chris Fagan and the Hawthorn president for much of the relevant period and current AFL commission member, Andrew Newbold, had no choice but to take leave from their AFL positions. In Clarkson’s case, this means that he cannot start as North Melbourne coach until the AFL’s investigation is concluded.

Newbold, who was president from 2012 to 2016, is not alleged to have been directly involved in the allegations.

In the event that the allegations are proven, the positions of Clarkson at North and Fagan at the Lions will be untenable. Clarkson’s delayed beginning would turn into a permanent stay of employment at Arden St.

Essendon, for once, are relieved with a turn of events, the Bombers having been beaten for the services of Clarkson only a few weeks ago.

The stakes for individuals, clubs and code could hardly be higher. Only the Essendon saga can claim to have potentially greater consequences for the parties and more layers.

So, Clarkson and Fagan can be counted on to contest or dispute the allegations, the four-time premiership coach already having indicated that he will contest it, while Fagan said, via a Lions’ statement, that he “looks forward to the opportunity to be heard as part of the AFL investigation”.

If the allegations are shown to be right, the players surely will seek financial recompense from Hawthorn, and potentially the AFL.

It is conceivable that the players and their current or ex-partners will have legal recourse in the Human Rights and Equal Opportunity Commission. And there will be plenty of lawyers involved.

Conversely, if the allegations are not proven, Clarkson and Fagan may have legal recourse.

In putting together a four-member panel to complete what Gillon McLachlan called an “independent investigation,” the AFL will need to not simply to have an Indigenous, female and high-powered legal (King’s Counsel) voice, but they will need to source experts whom the alleged victims can trust and with whom they will be willing to share their stories, as they did with the former Richmond player of the 1980s, Phil Egan.

McLachlan began his reign as AFL chief executive shortly before the Adam Goodes booing saga engulfed and embarrassed the game. He will end it with this awful episode.

His commercially successful nine-year tenure, thus is book-ended by the game’s failure – at whatever level – to cope with the complexities of race and especially the failure of non-Indigenous Australia to grapple with the traumas endured by First Nations people.

The impact of Collingwood’s Do Better report – the event that prompted the end for Eddie McGuire at the Magpies – has reverberated into Hawthorn, who also did not release their report before the most damning contents reached a media outlet (the ABC’s Russell Jackson, in this case).

Sources have told The Age that the report dealt with 21 past and present players and that the relevant ex-players and their former or current partners – those who have made the most serious allegations – communicated only to Egan.

As yet, those players have not taken up Hawthorn’s offer to meet with them. As chief executive Justin Reeves relayed to staff on Wednesday, their reticence bespeaks a lack of trust.

It is natural to question the reaction of 16 other clubs to Hawthorn’s bombshell. In ideal world, it would be a sobering moment that prompts each club – and anyone who deals with Indigenous people, in whatever field – to open up a dialogue that also might contain confronting testimonies.

Unfortunately, the detonation of this story is so potentially damaging to various parties – to reputations and careers – that some clubs, whatever platitudes are mouthed, may be reluctant to open themselves up.

The AFL, thus, has the overarching responsibility. Hawthorn’s racism explosion is far from an isolated example of a recent race problem. Sources familiar with the allegations say the timeline at the Hawks is from 2010 until 2016 – barely “historical” events from the 1980s.

Hawthorn’s issues, prompted by Cyril Rioli’s estrangement from the club, follow fast on the heels of Taylor Walker’s racist comments, from Eddie Betts’ mistreatment at the Adelaide camp, at the clumsy handling of Indigenous pneumococcal vaccination during 2020 by the league and the airing of Collingwood’s dirty racial laundry via Do Better.

For Richard Goyder and his commission, this sequence of serious failings should give them pause. The league may well need a warts-and-all audit of clubs and code on the racial front.

Daryl Clark commits to Warrington with new contract until 2023