Home » Rugby League » Inside the Panther bubble: The proposal that could restart the NRL season

The Panthers Leagues Club group has offered the NRL access to its sprawling facilities in western Sydney as part of an ambitious plan to get the game back under way as early as next month.

The Panthers complex in Penrith, home to a 222-room hotel, four training fields, three gyms a vacant leagues club and a stadium, will on Thursday be put forward as a leading option that would co-exist alongside the Sydney Olympic Park precinct as part of a western Sydney bubble. 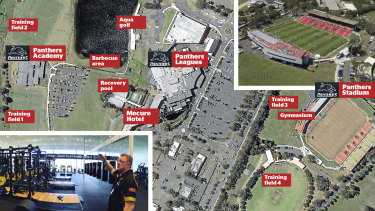 The precinct would cater for up to eight teams, with the 222-room Mercure Hotel providing direct internal access into the now vacant leagues club, which has eight empty conference rooms ready to be transformed into individual team bunkers.

"The players would go straight from the hotel into team rooms, training and dining options without having any contact with the outside world," Panthers Group chief executive Brian Fletcher told the Herald.

"We can create an isolated community, or bubble for that matter. The only time they would leave the facility is when the teams train across the road, but we could organise shuttles across into the stadium or training grounds. They can live through the hotel and club area while it's all on. 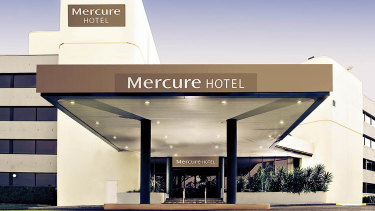 Mercure Hotel in Penrith has 222 rooms for the players and staff.

"We have training grounds out the back of the club but if they have to use the grounds across the road, the bus will pick them up at the front door and drop them off. All the things that need to be managed can be managed. And the other thing is it's a great opportunity for some of the 600 people we had to stand down to maybe get back in the work force if they are willing to isolate in the bubble as well."

On the back of some of the expert medical advice, the NRL wants to be close to testing and result laboratories to ensure biosecurity measures aren't compromised in the fight against coronavirus.

It's also clear that NSW is set to host the bubble, given some of the government assurances the game has been given. 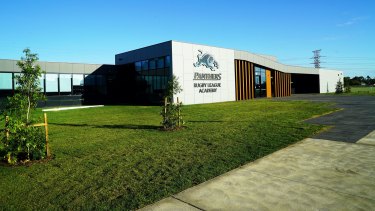 The Panthers academy in Penrith.

There's also a belief that two separate bubbles, rather than having all 16 teams in one location, would help minimise the risk of infection and ensure the entire playing group wasn't in danger of contamination.

That would allow the NRL to quarantine and self-isolate positive-tested players and keep the competition running.

Teams playing at Panthers Stadium would not have to leave their bubble, although private buses would take teams directly into ANZ Stadium or Bankwest Stadium for when they play against clubs from the Olympic Park bubble. 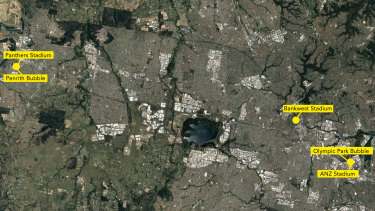 Games would be spread across Bankwest Stadium, ANZ Stadium and Panthers Stadium.Credit:SMH

It's likely teams wouldn't have to leave their bubble for the first seven rounds, playing against each other until they reach the halfway mark of the season.

By that stage, when teams in rival bubbles are due to square off, isolation and social gathering restrictions may be loosened.

One of the other NRL considerations is the mental wellbeing of players within a bubble. Panthers could transform its 760-seat theatre into a cinema for players. There is also a bar and dining area to relax.

Table tennis, poker tables and video game consoles would all be included for the eight teams to use during their time together. 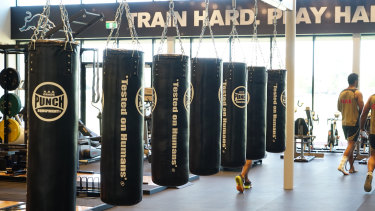 One of two gyms inside Panthers academy.Credit:SMH 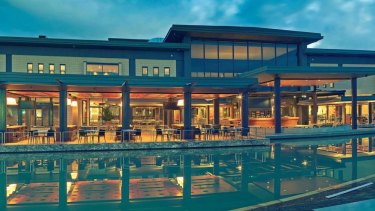 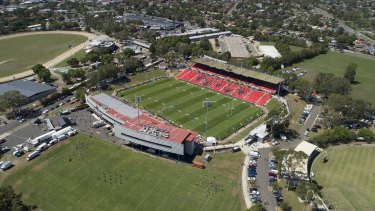 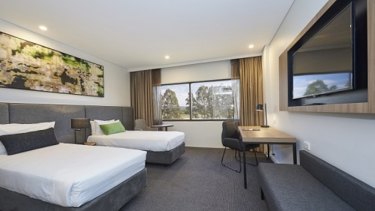 The rooms inside Mercure Hotel at Penrith.

Dusty will bounce back for Tigers: Hardwick