West Coast star ruckman Nic Naitanui has revealed that he is racially abused on social media frequently during the AFL season.

Naitanui, one of the AFL's most loved players, said that about one in ten messages he received on social media during the AFL season were racist in sentiment, a situation he called "disappointing.''

In an interview with The Age to promote his children's book "Little Nic's Big Day'', Naitanui outlined how racial abuse had moved from the on-field taunts he received as a kid, then some abuse from spectators, to social media, where it was widespread for players such as Indigenous teammate Liam Ryan and forward Eddie Betts.

Naitanui said while he had "called out'' some racism online, it reached a point where he did not necessarily want to give voice to the abusers.

"Yeah. I get a heap. You know, it comes to a point where you don't want to post it or put it on. You get a lot of players who will post it and put it out there. To me, that's beneficial at times, because it is calling them out – I've done it a few times. But then it gets to a point where how much voice do you give these people?

"If I showed you my in-box during the season, it's full of that stuff, every second comment. Not every second, but it's one in ten, so it's like, which is more than enough. Disappointing, but you know it's the reality. It slowly will change.

"And I think having books like this or having education at a younger age will, you know, will just kind of filter that.''

Naitanui's illustrated book, a fictional account of his first day at school, was written to encourage acceptance of kids of different backgrounds, the all-Australian ruckman having experienced prejudice in his school days in Perth and playing junior football as a youngster from a Fijian background.

"For me, the racial comments that I copped a bit early days. Over the fence – on the field, not so much. On the field as a youngster, I did. And, you know, in the community games and things I copped it all the time.

"So I found it hard as a kid trying to play footy.''

Naitanui said the taunts had hurt him when he was a kid. "I'd be lying if I didn't say as a kid it ate away at me. But it also drove me to play better and prove them wrong.''

Naitanui said he had once feared going to pubs in country towns. "I used to have massive fears of going, you know, to an Aussie pub, like in a country town. That was a fear of mine. Now, I love it.''

Naitanui, a multicultural ambassador for the AFL, said racism on the field was no longer accepted at "any level'' and kids were "a lot more comfortable.'' 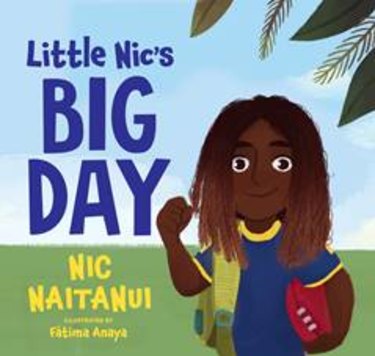 Naitanui said he had been keen for the Eagles to do their campaign against racism, which followed an incident in which Ryan was abused.

"Yeah, definitely, I said to them we need to do something.''

Naitanui has been in regular touch with ex-Swans champion Adam Goodes, with a conversation that he said was "almost an apology'' for not doing more to support Goodes when he was booed by fans.

"That's probably where a lot of the apology's come from, some of us players, we wish we did it, yeah.''

Naitanui said he had been with Willie Rioli when the provisionally suspended teammate was removed from the team to play Geelong in the semi-final for an alleged breach of the doping code (for failing to provide a sample during a drug test), but that he did not think Rioli's situation had a negative impact on the Eagles in that game.

"I was with him when I found out, when he found out … we didn't know it was like an ASADA thing. We just knew Willie wasn't playing. Yeah, so, to say it had an impact on us, I'd say that was … (it) had none at all.''

Naitanui, while outwardly relaxed, revealed that he watched at least four to five games each weekend to analyse opponents, taking notes.

"Whether they're a back-up ruckman, or a first ruckman, I like to find out every single thing about them. Like, everything … What they eat, where they sleep.''

Why gun Pumas captain wants to play for the Waratahs

How Eric DeCosta, SN’s NFL Executive of the Year for 2019, built Lamar Jackson, Ravens into Super Bowl contenders
We and our partners use cookies on this site to improve our service, perform analytics, personalize advertising, measure advertising performance, and remember website preferences.Ok