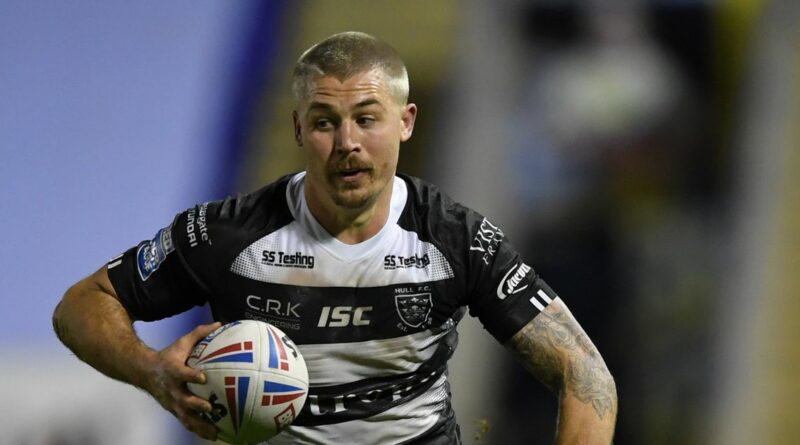 Jamie Shaul hopes to step out of 10 months of injury hell – straight into a Hull derby cauldron.

The Black and Whites full-back has not played since rupturing his ACL against Castleford last October. Shaul’s comeback was delayed by a Covid-related postponement against Warrington earlier this month – meaning his first game in almost a year will now be Saturday's fierce clash with rivals Hull KR.

Shaul said: “You couldn’t write it could you? I couldn’t pick a better game to come back into to be fair, with the crowds being back and a packed KCOM to look forward to.

“I’m not nervous about it, I’m just excited to get back playing now. It’s been a long road and I’m glad I’m on the other side of it. I’ve had injuries before but never long-term ones, maybe four games out max.

“It’s tough because you go to training every week and at the end of it you have a match to look forward to – for the last 10 months I’ve not had that.

“You kind of lose who you are and you don’t feel like a rugby player and get a bit lost. It’s been tough but I can’t wait to play again now.”

Shaul will face a resurgent Robins side that have leap-frogged FC on the Super League table after emerging as genuine play-off contenders.

For Hull-born Shaul, it’s been a rise to prominence that he’s been unable to ignore. "Everyone keeps reminding me how well they’re doing!” he laughed.

“Credit to them, they’re playing really well and we know how tough a job it will be. Hopefully we can get the points and the city bragging rights.

"If they’re playing well, and we know we can play well, then it’s good for the sport. We’re happy to go under the radar a bit and hopefully take the points.

“I don’t think many people outside of Hull realise how big it is in the city – Gaz Ellis was telling us he didn’t understand until he played in one. It does mean a lot to the fans and we understand that.

“There’s a lot of emotion but as soon as the game kicks off any nerves go and it’s straight to business. For us it’s been a strange season – we’re in a tough patch at the minute but we’re only one good win away from flipping the switch.”