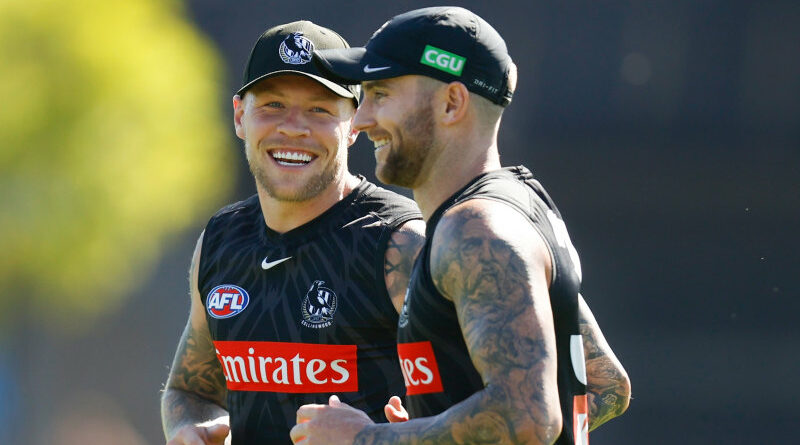 Collingwood midfielder Jordan De Goey has made a low-key return to the track the morning after the Magpies board reinstated him to the AFL program, following an agreement in which he pleaded  guilty to the lesser charge of harassment in the second degree and agreed to permanent part-time work with the Salvation Army.

De Goey joined his teammates on the track at the Holden Centre on Friday and apart from a series of run-throughs with Liam McMahon, he joined in full training and appeared sharp as he played as a deep forward in match simulation. 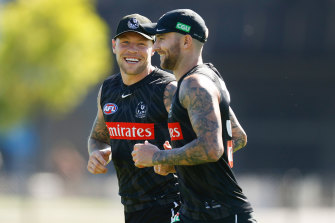 The 25-year-old has been training on his own since he was banned from the club indefinitely on October 31 after being arrested and charged in New York following an incident in a Manhattan nightclub.

He appeared in the New York Criminal Court once in person and twice via video link before an agreement was reached between his lawyer Jacob Kaplan and a New York Assistant District Attorney that cleared the way for him to resume training with Collingwood.

He has met with new coach Craig McRae on several occasions as the club privately conceded the incident that got him in hot water was not, on its own, enough to warrant a stand down, with a source claiming footage confirmed the eventual account of the incident.

However, the club maintained the view that the accumulated missteps from the talented forward made the stand down necessary.

The club’s focus now is to ensure De Goey has the necessary support to perform at his best and stay away from controversy.

As a free agent, attention will turn on De Goey’s future at the club beyond 2022 where he is sure to play a key role under a new-look coaching department and a pre-season that, apart from the headline-grabbing incident in New York, has him in good shape at the end of January.

He was a strong performer in the midfield at the back end of 2021 and finished fourth in the club best and fairest.