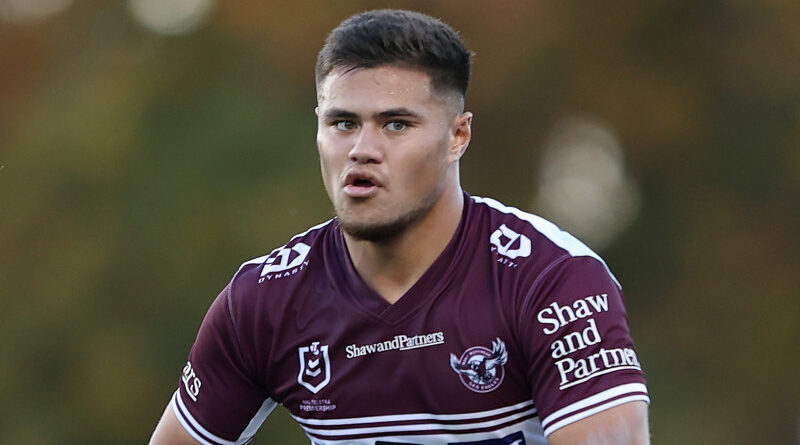 Manly star Josh Schuster says he is flattered and overwhelmed by the interest in his services after he became the subject of a representative tug-of-war.

Despite the World Cup being still a year away, the New Zealand Rugby League named Schuster as part of a wider 38-man squad for the event. However, Schuster has represented NSW at under-16 and under-18s level and is considered a future State of Origin prospect.

The Sea Eagles playmaker was poised to be chosen as part of the wider Blues squad for the previous series until injury sidelined him.

The trans-Tasman tug-of-war highlights the promise the 20-year-old has displayed already during his NRL career.

“It came as a big shock to me,” Schuster said of the Kiwi interest.

“I think it is more to honour my grandfather and his brother who played for the All Blacks; to be named in the squad is pretty surreal.

“I’m not going to lie, one day I’d love to play Origin footy and for my country, Australia. It’s good that my options are open.”

Pressed on his preference, Schuster said: “I would definitely say NSW and Australia.

“I wanted to play Origin ever since I was a kid, I played 16s and 18s Origin. To be part of an Origin squad is very flattering.

“It’s all gone so fast this year, I haven’t had time to reflect on it. I’m loving it.”

Schuster has already been coached by NSW coach Brad Fittler at under-16 level, while Michael Ennis was his mentor during his under-18 NSW matches. 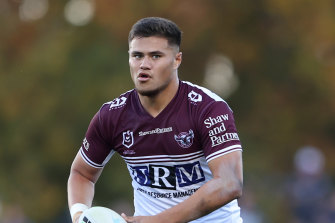 Manly’s Josh Schuster is a man in demand.Credit:Getty

“[The New Zealand interest] came as some surprise to us because he’s always been part of our pathways system,” Trodden said.

“He’s played for a number of NSW under-age teams and is highly regarded by our high-performance staff.

“He’s definitely an Origin player of the future. We’d hate to see him lost to our system.”

Australian coach Mal Meninga is also known to be fan of Schuster’s.

Kiwis coach Michael Maguire also named Cronulla Sharks three-quarter Ronaldo Mulitalo as part of his squad. Mulitalo had been selected to represent Queensland earlier this year, but had to pull out because he didn’t meet the eligibility criteria.

Grimes on track to face Cats