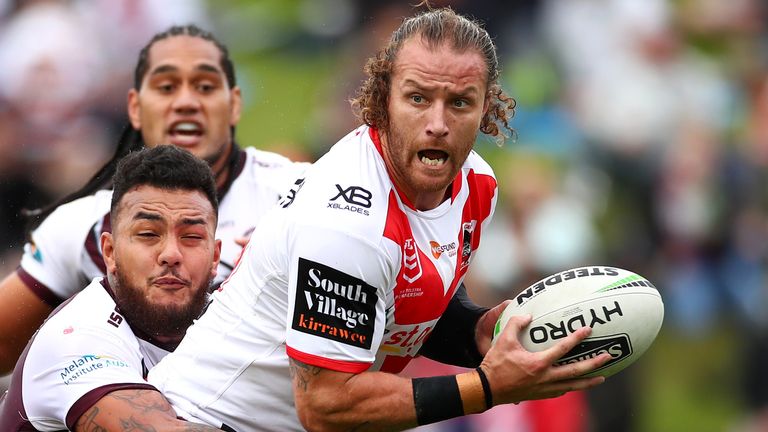 Korbin Sims is excited to get going with Hull Kingston Rovers after becoming the club’s third off-season signing.

The Fiji international, whose older brother Ashton had spells with Warrington Wolves and Toronto Wolfpack, has agreed to join Rovers on a two-year deal after securing a release from his contract with NRL side St George-Illawarra Dragons.

He follows Albert Vete and Ryan Hall in moving to Hull College Craven Park for 2021 onwards, and is looking forward to linking up with his older brother’s former head coach Tony Smith.

“I’m very excited about the opportunity that has presented itself for me and my family,” Sims said. “I’m excited about the chance to get over to England – I’ve only been there once with Fiji in the 2013 Rugby League World Cup, so the next two years are going to be really interesting.

“When my manger had told me that there had been some interest from England and Rovers, I was a bit taken aback at first, but when I really thought about it, I saw it as a great opportunity to further my football career.

“I’ve actually spoken to Tony a number of times over the last couple days and he wanted to get to know me. He knows my brother Ashton really well from his time in England – the first thing he said to me was I sounded just like him. I wasn’t sure whether it was a compliment or an insult!

“The way he was speaking about myself and the other people coming over, the people that he’s already got, and the way Hull KR are moving forward into the future, makes me feel it’s going to be an exciting time to build this proud club.” The 28-year-old forward has 141 NRL games under his belt from spells with Newcastle Knights, Brisbane Broncos and St George, as well as having won eight caps for Fiji.

Sims is comfortable either as prop, second row or loose forward and Smith cites his versatility, as well as his attitude, as being key factors in why Rovers wanted to sign him after finishing bottom in Super League at the end of the 2020 regular season.

“He’s super keen,” Smith said. “That’s one of the big criteria that’s important – we don’t want anyone to come here that doesn’t want to be here and he’s quite the opposite. If I asked him to get on the plane tomorrow, he’d jump on the plane.

“He’s so enthusiastic about coming here and doing a good job for the club. He’s wholehearted and tough, he’s going to give it his all, so I’m really excited about him – he’s an excitable character and I think he’ll develop into a fans’ favourite.

“He can play anywhere in the forward pack. On the edge or in the middle. He’s got the skill levels to play some loose forward with that tough, no-nonsense attitude, combined with good rugby awareness.” 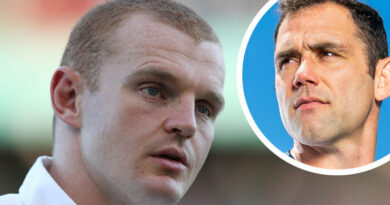 Smith was greatest of all time, says McKinnon