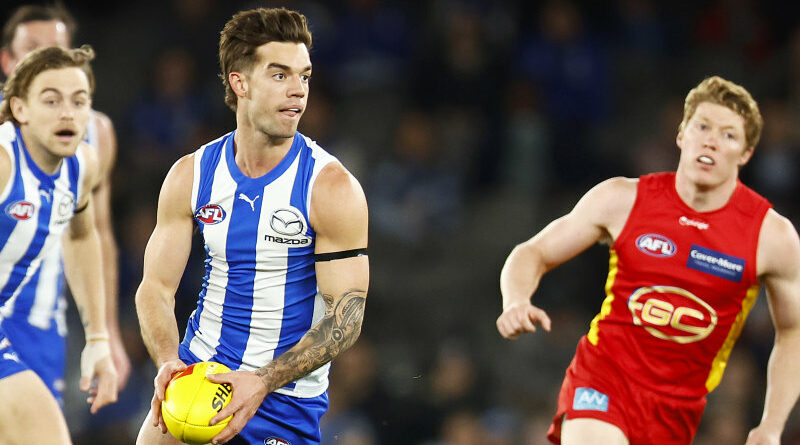 North Melbourne have elevated joint vice-captains Jy Simpkin and Luke McDonald to co-captains in 2023 with the pair succeeding Jack Ziebell, who announced on Tuesday he was stepping down as skipper.

Ziebell will remain in the leadership group, along with inspiring veteran Ben Cunnington, Nick Larkey and defender Ben McKay as the Kangaroos look to improve under new coach Alastair Clarkson.

It is the first time in North Melbourne history that they’ve named co-captains. 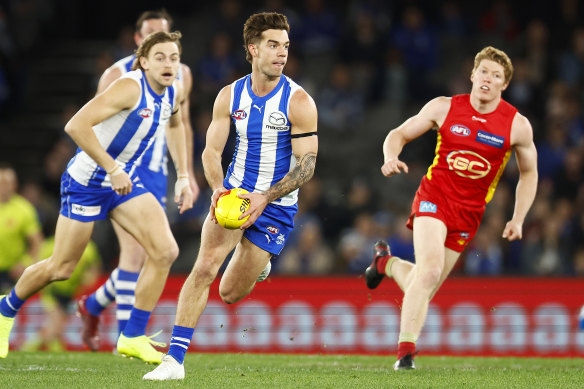 Jy Simpkin will be co-captain alongside Luke McDonald at the Kangaroos in 2023.Credit:Getty Images

It is Ben McKay’s first year in the leadership group with the key defender standing out to teammates as one of the big improvers in the pre-season. He is out of contract at the end of this season and shapes as a key signing for the club in 2023.

Aidan Corr and Kayne Turner are no longer part of the leadership group.

Simpkin has won the Kangaroos’ past two best and fairests while McDonald won the award for the first time in 2020. Both players have been consistent performers during a tough period for the club and demonstrated an ability to handle the responsibilities of performing and being captain.

McDonald was a father-son selection and has played 159 games. He turns 28 next month and has been a Kangaroo for life. His father Donald McDonald played 155 games for the club before working in administration.

Simpkin, a Yorta Yorta man, was also a first-round draft pick and stepped up in the midfield when Rhyce Shaw took over as coach to become a high-quality performer in the past three seasons. He will turn 25 in March.

A player vote was part of the process that led to the duo winning the role.

Kangaroos’ football manager Todd Viney said the pair could not be split in the process so the club decided to break with tradition and have the pair lead them into a new era.

“The leadership vote was values-based, with a focus on who best represented our Shinboner Spirit,” Viney said.

“From the vote, we couldn’t split Luke and Jy in terms of the influence they’ve had on the playing group and the club as two of our key leaders.

“Therefore, it was decided that for the first time in the club’s history, the club would opt for a co-captaincy leadership model. 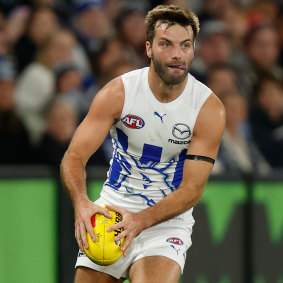 “Luke and Jy are outstanding individuals, well-equipped for this role both from a football and a cultural sense.

“Everyone at the club has great respect for Luke and Jy. They are both equally as passionate about getting the club back to where it needs to be, developing our young talent and fostering a positive club culture.”

North Melbourne has undergone significant change in the off-season with Clarkson accepting a five-year deal to join the club while Jen Watt will become just the second female club CEO in the game’s history when she starts in the role next week. 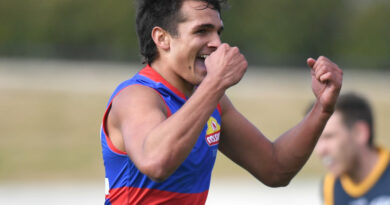