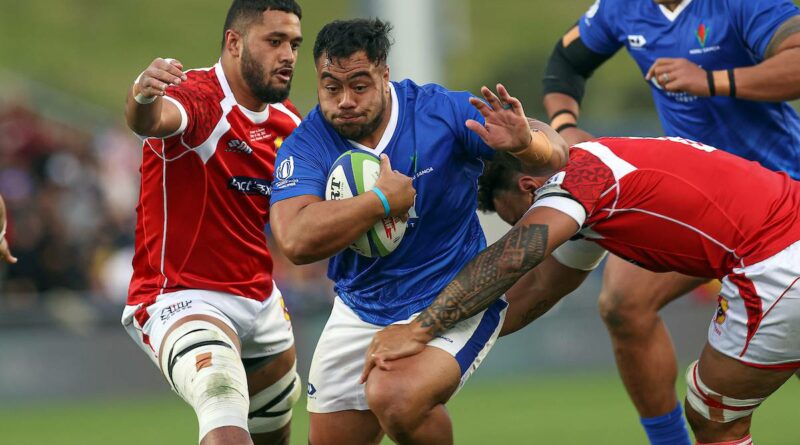 All the action as Samoa and Tonga clash in a Rugby World Cup qualifier.

Here’s what happened in the first leg:

Manu Samoa have taken a major step towards qualifying for the 2023 Rugby World Cup, beating Tonga 42-13 in Auckland on Saturday.

The match was the first of a two-leg series to determine which team will get direct qualification to the tournament in France, qualifying in the Oceania 1 position and joining Pool D alongside England, Japan, Fiji and a team from the Americas still to be determined.

Despite both sides having played in recent weeks, it took some time for both to find some flow to their game. In the opening 40 minutes, there was little to note on the scoreboard, as the teams duelled through the middle of the park.

While Tonga’s scrum took the upper hand, the running game was much more efficient for the Samoans, who produced the best chances to cross the stripe in the opening half – albeit to no avail.

It was Tonga who got on the scoreboard first, with a penalty from the boot of Sonatane Takulua. However, the lead was short-lived as Manu Samoa answered in kind through Henry Taefu. Taefu added a second before the break to give Manu Samoa a slim lead heading into the break.

After the restart, the game opened up in a major way. While unable to crack the Tongan defence in the first half, Manu Samoa crossed five times in the second, with Taefu, Ray Niuia, Ed Fidow, Stacey Ili and Alamanda Motuga all getting their names on the score sheet.

Tonga also found their way across the line through Viliami Taulani, who scored early in the half to close the deficit before Manu Samoa put the game beyond Tonga’s reach.

Despite the loss, Tonga still have a chance to earn direct qualification to the World Cup next weekend when the sides meet again in Hamilton, however they will need to win by 30, with the tie decided on aggregate.

The team who doesn’t qualify from this series still has a chance to do so, however. The unqualified team will go down another qualification path, beginning with a clash against the Cook Islands.

The winner of that one-off match will then advance to an Asia/Pacific playoff against either Malaysia, Hong Kong or South Korea. The winner of that match earns a spot in Pool B at the World Cup alongside Ireland, Scotland, South Africa and another European qualifier. 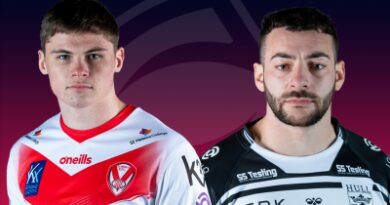 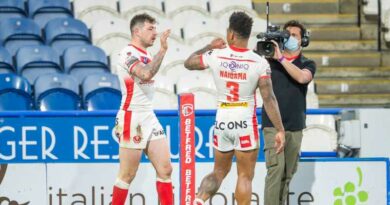