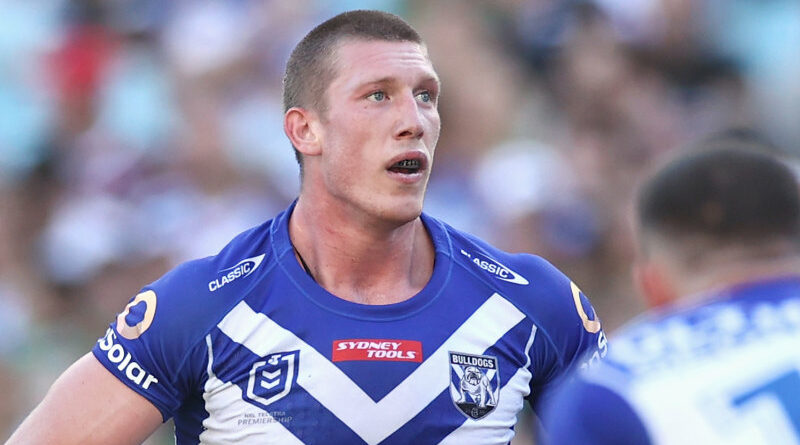 Canterbury firebrand Jack Hetherington will be moved from the front-row to an edge this year in a bid to prevent him from forever wanting to “prove his toughness”.

Hetherington has untapped ability but also an unwanted disciplinary record that features nine separate offences and a total of 15 games missed in a short and explosive 40-game career.

The 25-year-old Hetherington knows he can overcome the shaky start and said of his record: “There’s never any malice and I never try to hurt anyone. I go out to be competitive.”

Coach Trent Barrett is a huge fan of Hetherington and said there were several advantages in moving him to the right edge. Hetherington has speed to burn and was clocked at 36km/h last year, quicker than the 35.9km/h highs that Manly great Tom Trbojevic and South Sydney flyer Alex Johnston recorded.

“None of those incidents were really bad last year involving Jack, and if you take him out of the firing line in the middle third of the field, where he sometimes thinks he has to prove his toughness, he’ll make half those tackles on an edge,” Barrett said

“It will also be a different style of tackle he will be making. 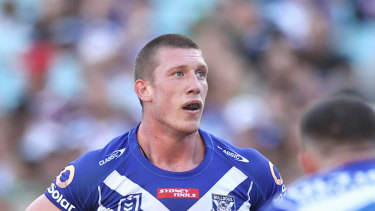 Jack Hetherington will move to an edge for the Bulldogs in 2022.Credit:Getty

“I think everyone telling him [he had to be aggressive] didn’t help him, but that never came from us.

“There needs to be rule changes around the loading. We’ve got blokes being suspended for grade-one offences. It’s a contact sport. There will be contact around the head and neck, but it’s not intentional, and the game isn’t dirty anymore – the game has changed. You’d hate to lose a guy like Jack Hetherington, or a Victor Radley, who I also have great admiration for, early in the year [because of loading]. It’s ridiculous.”

Barrett said Hetherington, who started the final round in the back row for Canterbury last year – and will start there in next Monday’s trial against Newcastle – completes a monster forward pack with Tevita Pangai jr on the left edge, and Luke Thompson, Paul Vaughan and Josh Jackson in the middle.

“There aren’t many blokes that are big, physical, fast and aggressive like Jack – he was built to play footy,” Barrett said.

Hetherington has never felt comfortable discussing his discipline. His father, 1994 premiership-winning Canberra Raider Brett, knew his son was frustrated with the constant suspensions, but backed him to thrive, and said last year, “he’s already a lot better player than I ever was”.

Jack told the Herald: “I’ve been caught in some unlucky positions, and that’s my own doing. There were some technical issues. But that will sort itself out. I’m not worried about it.

“There’s never any malice and I never try to hurt anyone. I go out to be competitive.”

Hetherington has worked hard on his right-edge combination with Jake Averillo.

Round 12: dangerous high contact on Paul Vaughan (one match)

Round 9: dangerous contact head/neck on Shaun Fensom (one match) 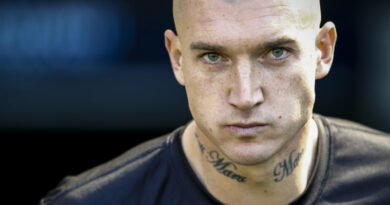 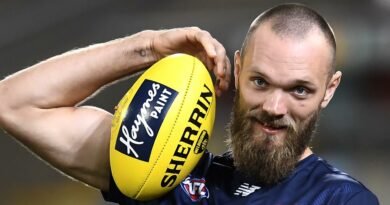