Brisbane Broncos coach Kevin Walters has confessed he briefly “lost his character” during his maiden season at Red Hill.

Although the Broncos have undeniably shown signs of improvement over the past 12 months, they have only registered five wins in 21 matches this season.

The lowlight came back in May when the Manly-Warringah Sea Eagles secured a crushing 50-6 victory over the Broncos at Brisbane’s Suncorp Stadium.

The race to the 2021 NRL Telstra Finals Series is on and every game matters. Watch Live & Ad-Break Free on Kayo. New to Kayo? Try 14-days free >

The 2021 premiership was always touted as a rebuilding season for the Broncos, but a cluster of heavy defeats early in the year left Walters feeling disillusioned in his new role.

“When we were in that heavy losing streak, losing by big margins, I feel like I sort of lost my way as a person, as an individual,” he told SEN 1170’s Breakfast with Vossy.

“You start blaming yourself. I lost my character.

“That was disappointing, it was a tough period.

“I lost my way a bit as a person, when we have to face that again I’ll be different, I’ll make sure I stay true to myself and my way as a person.”

Regardless, Walters said he has learnt plenty from the lengthy streak of defeats and looks forward to developing his players further over the coming months.

“It’s tough coaching in the NRL but the enjoyment factor is watching players develop, a few more wins would’ve made it more enjoyable.

“It‘s been fun, I love working at the Broncos.”

The Courier Mail reports that Brisbane’s recruiters have discussed a poaching bid for Warriors phenom Reece Walsh, who the club allowed to leave as he signed a $1.2 million, three-year deal before he had played a single NRL game.

“We never wanted to lose Reece,” Walters said. “We are a Queensland-based club and I had high hopes for Reece to play for the Broncos.

“I wished Reece all the best at the Warriors. He has been playing some good footy for them, which I expected him to do, but he’s only young.

“I’m not sure what will happen down the track, but Reece is always welcome back here, certainly.”

The Broncos will next face the Warriors at Suncorp Stadium on Sunday, with kick-off scheduled for 4.05pm AEST. 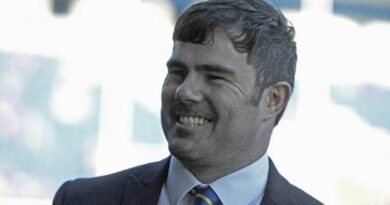 ‘We won’t take any risks’: Munster improving after concussion drama