Home » Rugby League » Lynch a certain starter against the Lions, Dusty has one more session to tick off 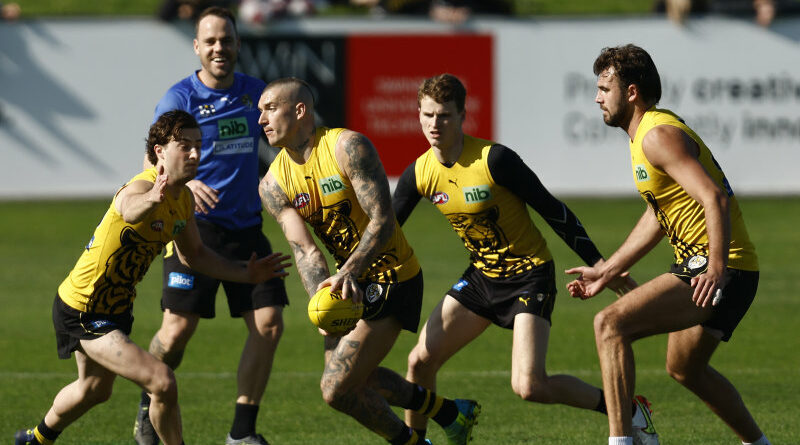 Star forward Tom Lynch has declared himself a certainty to play against the Brisbane Lions at the Gabba after a sore adductor muscle had him subbed in round 23, but champion midfielder Dustin Martin still has a training session to get through before being declared fit to return from a four-week lay-off.

Triple Norm Smith medallist Martin trained strongly in an open session at Punt Road, engaging in tackling drills and changing direction, while Lynch had a quieter session and left the track before his teammates. Lynch said that he was good to go unless, he joked, “‘Dimma’ [coach Damien Hardwick] doesn’t pick me”. 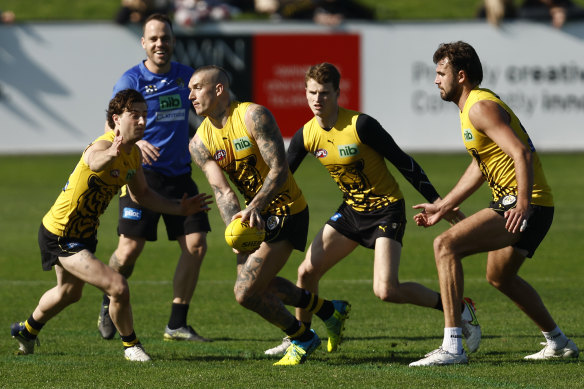 Tigers champion Dustin Martin was in the thick of the action at Richmond training on Saturday.Credit:Getty Images

Lynch has been in superb form this year kicking 21 goals in the final four games when he returned from a minor hamstring injury that coincided with the Tigers dropping three winnable games by less than a goal.

He said once the scans cleared him of any adductor issue he enjoyed the chance to freshen up and would train Monday before the Tigers head to the Gabba on a chartered flight on Wednesday.

Lynch is arguably the Tigers’ most important player with the mercurial Martin having an interrupted year due to personal leave and a hamstring injury.

The key forward said it was stating the obvious to say the that Tigers would love Martin to be running out alongside them in the elimination final.

“I think he has got a couple of things to get through but I am sure that when we make the decision we’ll get that out to you guys,” Lynch said.

Emerging forward Noah Cumberland – who was once in the Brisbane Lions’ academy – was running laps after hurting his ankle in the middle of the week and Lynch said his teammate will be fine to play in his first final. 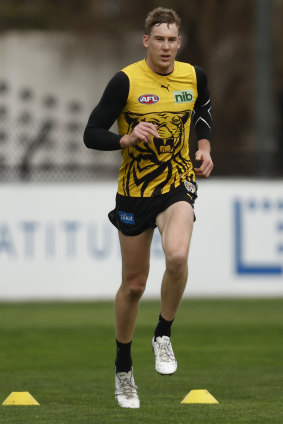 The Tigers have not won an elimination final since they beat South Melbourne in 1977, but they will take heart from knowing they played four finals on the way to winning the 2020 flag. They have also won 10 of their past 12 finals while the Lions have won just one of their past six finals, with four of their losses at the Gabba. The Lions’ only finals win in those matches was against the Tigers at the Gabba in 2020.

Lynch expects a tough battle but said they won’t be engaging in unnecessary verbal sparring with Lions captain Dayne Zorko who had to apologise for an inappropriate comment he made to Melbourne defender Harrison Petty last week.

“What I do know is Dayne Zorko is a classy player and you probably don’t want to fire him up too much,” Lynch said.

“I’ve played against him quite a number of times, especially [when] at Gold Coast, and he’s a proven performer.”

The Tigers reeled in a 42-point deficit to beat the Lions in round 20, but Lynch said both sides would be hoping to improve on that performance as there were positives and negatives to come out of it.

“Brisbane are a tough side up there and they’ve proven over the last four or five years at the Gabba they’re tough to beat,” Lynch said.

“We won’t be daunted by going up there because we’re familiar with it but we’ve got to respect them.”

Meanwhile, the Saints have delisted Irish defender Darragh Joyce after 13 games for the Saints, joining retired pair Dan Hannebery and Paddy Ryder off the list for 2023.

But wait, there’s more: Broncos put the feelers out for Folau 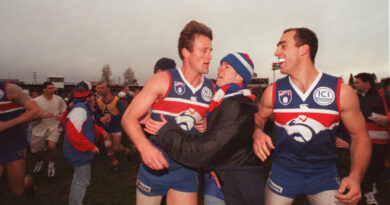 From the Archives, 1997: Last rights for Whitten Oval