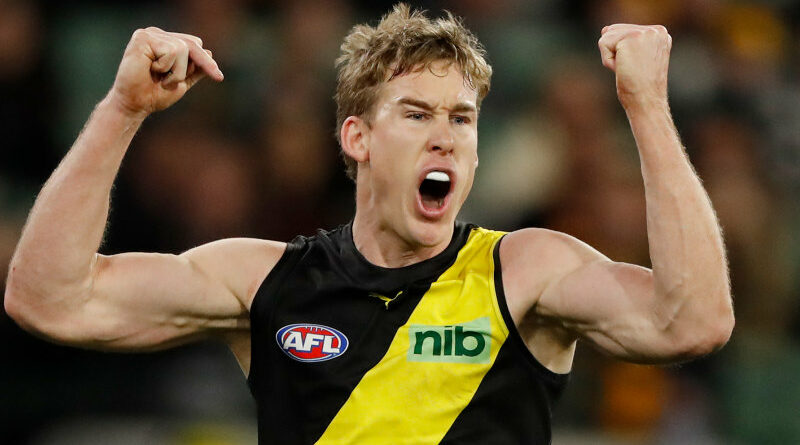 In a tight count on Tuesday night, Lynch’s strong finish to the season was reaffirmed when he polled the maximum votes in the final four home-and-away games – he booted a combined 20 goals through this stretch – before taking the lead after his performance in the elimination final against Brisbane when his potential match-winning goal was denied on review. 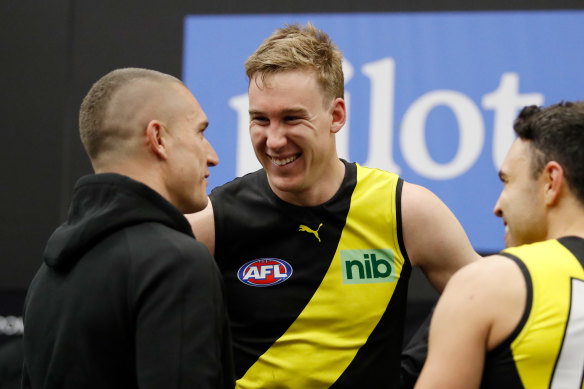 The athletic tall booted 63 goals in 19 matches this season, averaging 3.2 contested marks per game. His victory was particularly meritorious, for he missed four games through injury, and was substituted in another two.

This was the third best and fairest of his career, having been named the Gold Coast’s club champion in 2015 and 2016. Lynch was also awarded the Michael Roach Medal as the Tigers’ leading goalkicker. 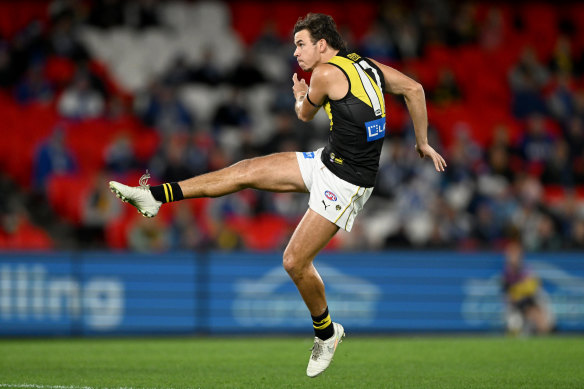 In a season when he signed a five-year contract, Richmond defender Daniel Rioli finished runner-up.Credit:Getty Images

Rioli, 25, having flourished in his new role across half-back, enjoyed his highest-ever Jack Dyer Medal finish, and his maiden berth in the All-Australian squad of 40. In a season when he signed a five-year contract extension, Rioli averaged 20.4 disposals, 4.8 marks, and four rebounds per game, and didn’t miss a match.

Baker, who has filled several roles, and Bolton, the excitement machine, also enjoyed strong campaigns, and will play key role at Punt Rd as the Tigers seek to remain in premiership calculations.

For the 12th time in the past 13 seasons, former captain Trent Cotchin (sixth) finished in the count’s top 10. Skipper Toby Nankervis, reliable defender Nathan Broad and wingman Marlion Pickett each had career-high finishes.

Draftee Josh Gibcus was named the best first-year player, while Marlion Pickett received the community award for his work with the club’s Korin Gamadji Institute.

Under the Jack Dyer Medal voting system, all of the team’s players on match day receive a rating from 0-5 based on their overall performance. The match committee assesses each player’s offensive, defensive and contest impacts on the game. After those game phases have been analysed, the 0-5 rating is given, as a joint match committee decision. 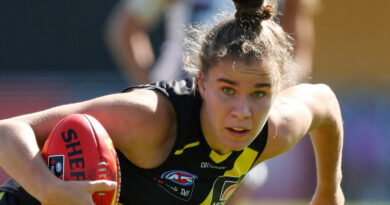 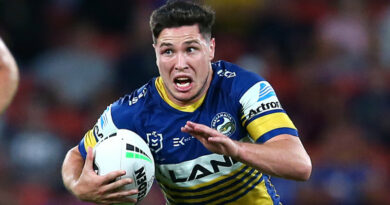