Home » Rugby League » Lyon’s out, so who do the Blues look to now? 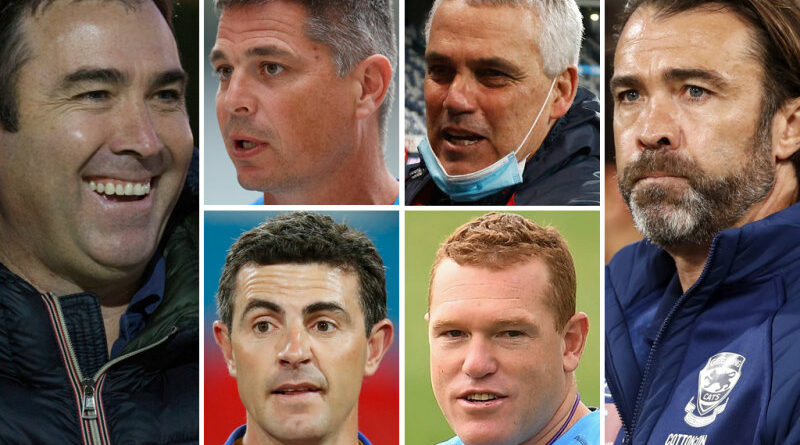 Ross Lyon was the standout favourite to replace David Teague and become Carlton’s new coach, but his decision to pull out of the race on Thursday means the Blues will have a long list of contenders vying for the role.

While there will be major names for the Blues’ sub-committee of football director Greg Williams, fellow directors Tim Lincoln and Patty Kinnersly, chief executive Cain Liddle, head of football Brad Lloyd, and three-time club premiership coach David Parkin to consider, there are also impressive assistants across the league waiting for a chance.

Here is a list of contenders the coaching sub-committee may consider.

He was contacted by Lloyd this week, having initially been in the mix for the Collingwood role. The former Brisbane Lions dual premiership star knows how to extract the best from a list, having taken a hard-working North Melbourne side into preliminary finals. A former assistant coach at Collingwood, he is now AFL Victoria chief and one of the favourites to be the AFL’s next operations manager. 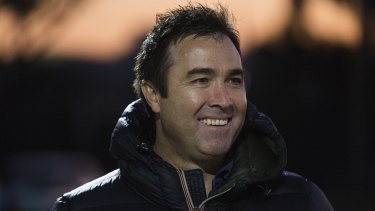 The four-time Hawthorn premiership coach has declared he wants to have next year off, having earlier rebuffed an approach from Blues president Luke Sayers. But there is speculation he could yet change his mind, particularly if the Blues deliver a godfather offer. However, he had a crack at the Blues for the manner in which they had handled their road map under David Teague.

He is contracted to the Cats for next year, with negotiations for a new deal to open once this season is done. But the question is this – if the Cats fall short again this September, is it time after 11 years for the former Brisbane premiership star to exit? That Cats chief executive Brian Cook has been linked with a move to Ikon Park has sparked chat among industry figures that Scott could be gettable. 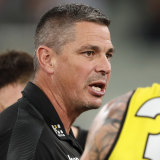 Buckley’s manager Craig Kelly told The Age last week the former Magpies coach won’t be available next season, but Blues president Luke Sayers is friends with the 49-year-old. He is almost certain to use the year to reconnect with people without the incessant demands of football.

The Tigers’ senior assistant coach has worked alongside Damien Hardwick since 2019, with Hardwick of the view Kingsley is ready for a senior role. He has also spent time with St Kilda and Port Adelaide and was one of the final four in the running for the Magpies’ vacancy won by Craig McRae. The former Port Adelaide premiership player is regarded as a good people manager with excellent tactical nous.

The Sydney Swans assistant was initially in the running for the Magpies’ role but later informed the club he had pulled out for family reasons and was happy to remain with the Swans. While the former Adelaide coach, having guided the Crows into the 2017 grand final, and West Coast Eagles premiership player is considered unlikely to join the Blues’ race, his experience could appeal to Parkin.

He has agreed to be Craig McRae’s right-hand man at Collingwood but is keen to again be a senior coach. He had three tough years as Brisbane coach before reinvigorating himself under Hardwick at Richmond. He was approached by the Blues earlier this year to be their football director. 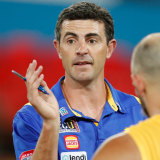 He joined Melbourne as their midfield coach, having played 271 games for the club, after holding various positions at the Hawks during their three-peat between 2013-2015 where he worked alongside now Magpies football manager Graham Wright. He was interviewed for the Adelaide job at the end of 2019 and is keen to become a senior coach.

The West Coast Eagles assistant coach, set to depart the club, was interviewed by the Magpies for their recent vacancy. He had also been in the mix for the North Melbourne job last year. A former Eagles’ player, he filled in for coach Adam Simpson for one game in 2018.

He is a super strategist who is keen to have a shot at being a senior coach but seems best suited as a right-hand man, having had great success at Collingwood, Geelong, Richmond and Essendon.

He made a good impression on North Melbourne when chasing their senior job and is well-regarded at Essendon. The former Bulldog is a good character and experienced. 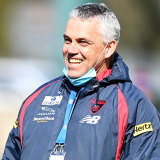 Harvey impressed as Collingwood’s interim coach, showing everyone he is ready for a senior position. He shapes as a strong candidate, assuming he can get the right team around him.

The master coach who took Port Adelaide to a premiership in 2004 seems well suited to his current role at the Demons, where all his best traits as a coach are on display.

The Blues have some ground to make up with Voss but the Port Adelaide assistant is football royalty who needs to be considered at some point. If anyone deserves a second crack at the main gig it is Voss.

He has been at Collingwood, West Coast, Hawthorn and Adelaide and is respected for his football smarts and decency wherever he goes. He would be a steady choice, however he has only been at the Crows for one season.

‘Bigger than the game’: Campbell calls for broader anthem debate 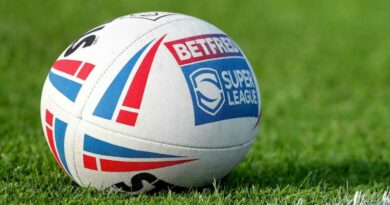