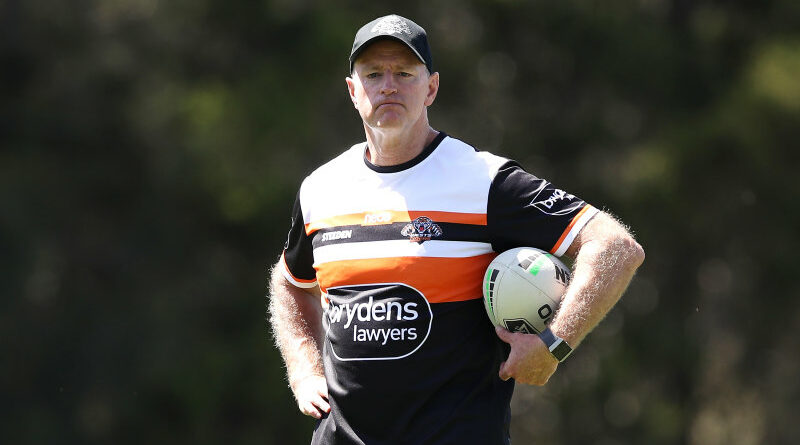 Michael Maguire's controversial decision to move Adam Doueihi to the centres has lasted just six weeks, with the under-siege coach set to move his star player back into the No.6 jersey.

With pressure mounting on Maguire and the Tigers to turn the tide against the Brisbane Broncos on Sunday, the coach has decided to move Doueihi – arguably the Tigers’ best player over the first two months of the season – back to the halves alongside Luke Brooks. 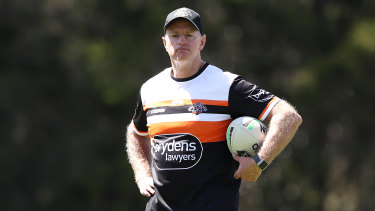 Michael Maguire is under pressure to save his job.Credit:Getty

Former skipper Moses Mbye has been relegated to the bench as Maguire turns to Doueihi to ignite the team’s stuttering season.

Pauga will fill in at centre to cover for Doueihi's shift to the halves, while Simpkins is expected to start off the bench.

The big news, however, is the reshuffle of Doueihi back to No.6. Maguire controversially decided to move the former Rabbitohs player to the centres after the round nine loss to the Titans despite his rich vein of form.

The decision appeared vindicated the following weeks when the Tigers, with Mbye at five-eighth, won three of their next four games.

The Tigers have since lost three on the trot and now face a confident Broncos side coming off a win against the Sharks a fortnight ago.