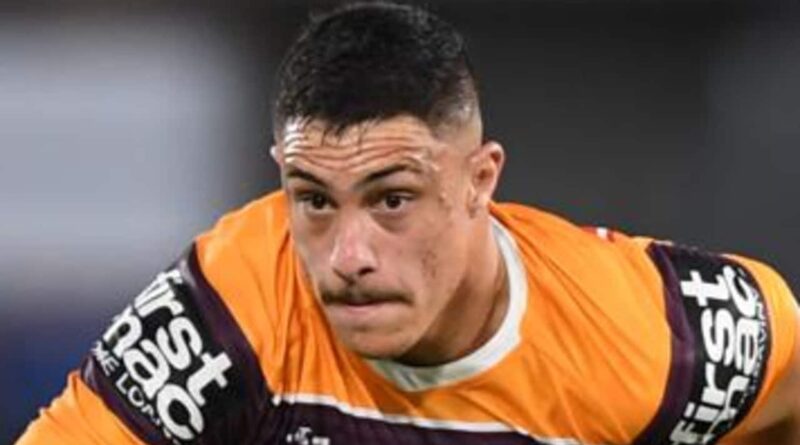 Brisbane has reportedly tabled a massive four-year offer to off-contract star Kotoni Staggs in a desperate bid to keep him at Red Hill.

Staggs has a contract clause in his favour for 2022 but he hasn’t activated that yet, meaning he could walk away from the Broncos at the end of this season.

He’s reportedly being courted by a number of rivals including the Gold Coast Titans, Canterbury Bulldogs and Parramatta Eels.

The 22-year-oldcould earn as much as $800,000 a season at one of those clubs, but Brisbane is banking on him staying in the Queensland capital for less.

Kotoni Staggs of the Brisbane Broncos.Source:Supplied

The Courier Mail reports the Broncos have tabled a $2.8 million contract to the Tongan international centre, equating to $700,000 per season.

It comes less than a week after the Broncos lost rising star fullback Reece Walsh to the Warriors, but a day after they managed to re-sign boom backrower Jordan Riki.

Staggs is currently out with a long-term injury and is due back mid-season.

He is expected to make a decision on his football future within weeks.

The Broncos will next face the Canterbury Bulldogs at Suncorp Stadium on Saturday afternoon.

Viney insists it’s not yet ‘panic stations’ for struggling Demons