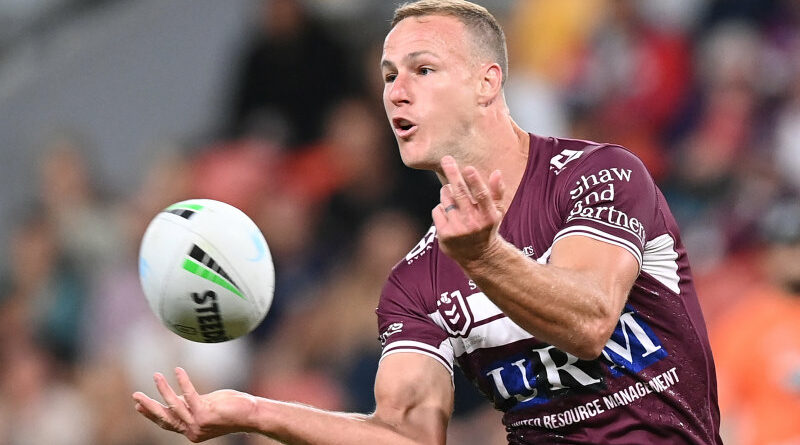 Daly Cherry-Evans has urged the Maroons to throw caution to the wind as they try to steal a game off NSW in Origin III on the Gold Coast on Wednesday night.

With NSW dominating both opening matches, the Maroons captain admitted his side had retreated to a more risk-averse style as the Blues sent the scoreboard into meltdown to lead 76-6 on aggregate.

It’s natural for trailing teams to try and get through their sets and grind their way back into contests but that has been made more difficult by the new rules. Queensland have looked like a side terrified of giving NSW the ball by attempting something outside the square.

It’s a far cry from the previous series, when Cameron Munster produced audacious chip-kicks down the wing to set up tries as the Maroons upset NSW to claim the series under Wayne Bennett. This time, it has been one-way traffic.

NSW, on the other hand, have mastered the blitzkrieg football required to succeed in the six-again era. They have smashed the Maroons through the middle with lightning ruck speed, then sent it quickly to power runners like Latrell Mitchell and Tom Trbojevic.

“They have played a really great style of footy, one that defensively we haven’t quite got right as how to stop it,” Cherry-Evans said. 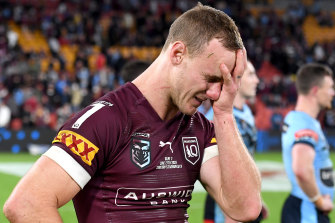 It’s been a long Origin series for Daly Cherry-Evans.Credit:Getty

“They’ve put the scoreboard pressure on us throughout the series, we’ve never been ahead at any point, so naturally that is going to have an impact on the way we’ve been playing and the style of footy we need to play.

“I think tomorrow [Wednesday] night we really need to put them on the back foot nice and early. A try would be great for us, just to kick off the atmosphere here and the confidence within the team.

“But even if we don’t, we have to have the confidence to win it in the 80th minute.”

For all the talk about the new rules benefiting smaller players, it has been the big, fast backs like Trbojevic and Mitchell who have thrived. Queensland don’t have any like-for-like players at the moment, so must hope new faces like Kalyn Ponga and Hamiso Tabuai-Fidow can add a point of difference on Wednesday.

‘We’ve created opportunities in both games … you probably look at the scoreline and think that’s not the case but we have.’

Maroons coach Paul Green has been at the centre of a firestorm of criticism about his methods, with Phil Gould among those who believe he has coached his last game for Queensland no matter what transpires at Cbus Super Stadium.

Green wouldn’t be drawn into anything beyond Wednesday night, saying only a strong showing against the Blues would convince doubters of his worth.

“It won’t matter what I say now. Tomorrow night will be the test,” Green said.

“We need to take our opportunities. We’ve created opportunities in both games … you probably look at the scoreline and think that’s not the case but we definitively have.

“You don’t get too many in Origin so when you get them you have to turn them into points. We need to get after the game a little bit more.”

The Origin cliche suggests there is no such thing as a dead rubber. Cherry-Evans agrees, promising a vastly improved performance for Queensland fans, who have had precious little to cheer about in 2021.

“A win would be massive for us. Every Origin game you get to play is a massive occasion, we want to go out there and show how much it means to the players and fans,” he said.

“As much as people want to talk about turmoil within, one thing I can always speak about is the loyalty of Queensland fans. We’ve had a rough series but not for one second have I not felt the state has been behind us. We need to reward that with a good game.” 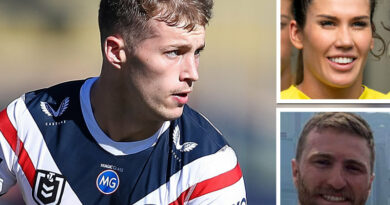 ‘There were moments we were really worried’: Walker gets by with a little help from famous friends