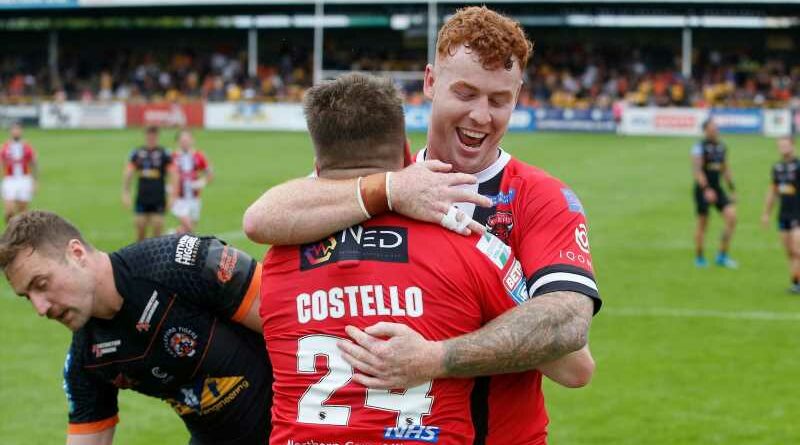 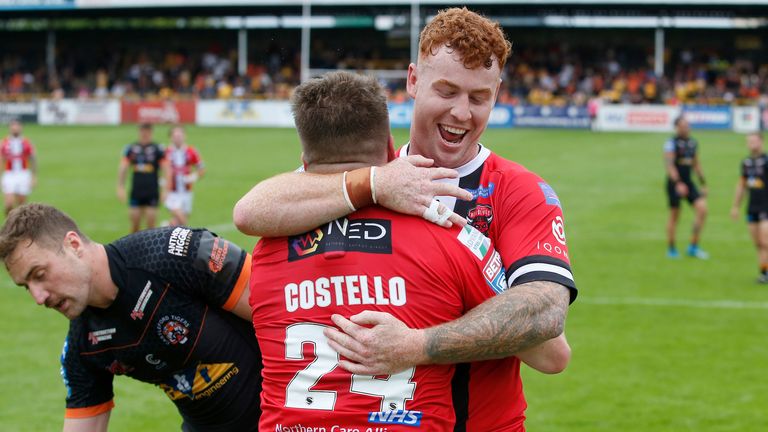 Castleford will head to Wembley on the back of a fifth successive home defeat in Super League after their virtual reserve team were crushed 70-18 at home to Salford.

It was a complete mismatch as the Red Devils ran in 12 tries to register their biggest win over the Tigers in the Super League era.

The youthful Tigers were led by veteran prop Grant Millington, who marked his return from a two-month injury lay-off with the game’s opening try as he boosted his chances of a first Wembley appearance.

Three members of Castleford’s semi-final line-up – Alex Foster, James Clare and Jesse Sene-Lefao – are also hoping they have done enough to clinch a Cup final spot despite being unable to prevent a sixth defeat in the club’s last seven league matches.

Salford took full advantage of their opponents’ inexperience to claim a second successive away win and pull further away from relegation trouble.

Prop Dan Norman, who was in the St Helens team that beat Hull in the Challenge Cup semi-final, was among the try-scorers on his Salford debut, while centre Krisnan Inu kicked 11 goals from 12 attempts on his return from a two-month ban imposed for bringing the club into disrepute over a social media post.

Yet it was the home side who took the lead when Danny Richardson’s grubber kick rebounded off a defender and hooker Cain Robb, one of the fresh, new faces, picked up the loose ball to get Millington charging over.

Richardson’s goal made it 6-0 but the visitors drew level on 14 minutes with a close-range try from forward Jack Ormondroyd, converted by Inu.

Powell was forced to shuffle his back division when teenage full-back Jason Qareqare went off with a head knock, with James Clare dropping back and Foster going onto the wing.

As Salford stepped it up, hooker Andy Ackers and burly second-rower Pauli Pauli were both held up over the line before the pressure told with substitute Oliver Roberts going over from close range for their second try.

Full-back Morgan Escare dummied his way over for the first of his two tries and winger Rhys Williams gathered Chris Atkin’s high kick to add a fourth before half-time, when the Red Devils led 22-6.

Castleford pulled a try back two minutes into the second half when forward Brad Martin, playing on the left wing, took in Clare’s pass to touch down at the corner and Richardson added the goal.

But the fightback was short-lived as Salford turned on the style to run in four tries in 12 minutes and put the game to bed.

Right-winger Ken Sio started the riot touching down at the corner before Escaro went through a yawning gap for his second try.

As the young Tigers side began to tire, stand-off Dec Patton, centre Matty Costello and scrum-half Atkin added more tries before Foster stopped the rot with a 71st-minute try.

Castleford had little else to offer by then and their ruthless opponents piled on the agony with further tries through Norman, Ben Davies and Williams. 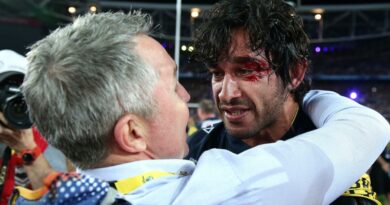