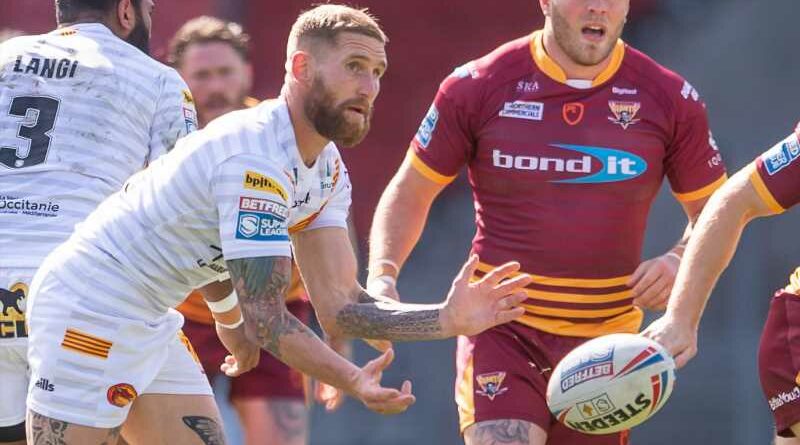 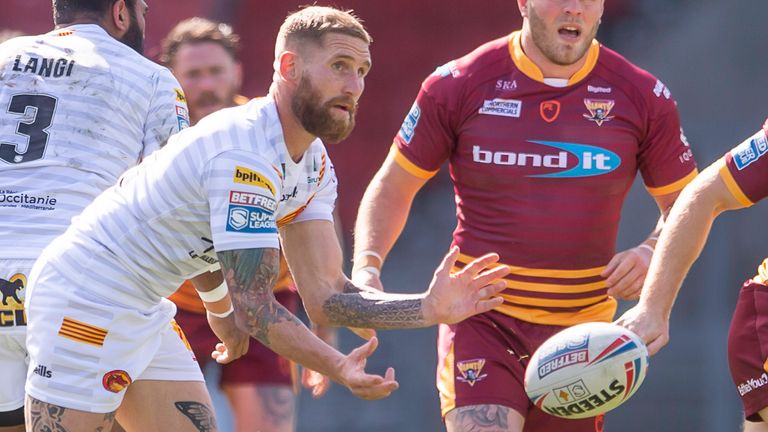 Sam Tomkins maintained his impressive start to the season as Catalans Dragons enjoyed another successful day trip to England with a 20-10 win over Huddersfield Giants.

The French club are once more using charter flights to the UK to get around Covid-19 restrictions and they made it back-to-back victories in the Betfred Super League following their opening success over Hull Kingston Rovers in Leeds.

Steve McNamara’s men will be hoping for more joy on their travels when they return to the Totally Wicked Stadium for next Saturday’s Challenge Cup third-round tie against Wakefield Trinity before they can start to think about playing in Perpignan.

Their latest victory leaves Ian Watson waiting for his first win as coach of the Giants, who once more missed the organisation and playmaking skills of their injured skipper Aidan Sezer.

Huddersfield finished the game with 12 men following the 76th-minute dismissal of forward Joe Greenwood for a high tackle on centre Samisoni Langi, but the game was already decided by then.

It was a disappointing way for new club captain Michael Lawrence to mark the 300th appearance of his career as the Giants struggled to find their form. The Dragons gave a debut to Wales prop Gil Dudson and had Langi back to take the place of Mathieu Laguerre, who found himself out of the team despite a man-of-the-match performance on his debut in the win over Hull KR.

The French club made a strong start and took the lead after five minutes, with the ever-dangerous Tomkins squeezing a pass out of the tackle for second rower Matt Whitely to score their first try.

It was all square seven minutes later when Lee Gaskell, restored by Watson to his customary stand-off role, put second rower Chris McQueen over for a try, which Jake Wardle converted. 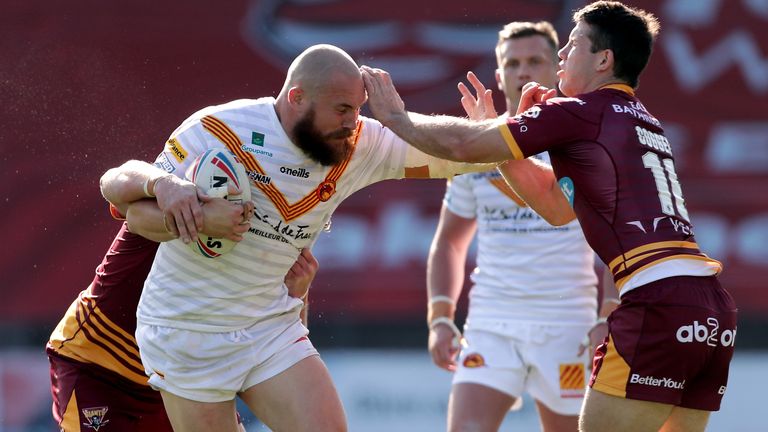 The Giants ought to have been ahead when full-back Darnell McIntosh gave winger Jermaine McGillvary a run to the corner, but the former England man lost control of the ball in a two-man tackle over the line and they failed to take advantage of the 24th-minute sin-binning of Catalans stand-off James Maloney.

In fact, the Dragons went back in front while down to 12 men as skipper Ben Garcia latched onto Josh Drinkwater’s lofted kick to score their second try and Tomkins’ conversion made it 12-6.

Maloney then extended the lead with a penalty and the Catalans opened up a three-score advantage on the stroke of half-time with a glorious length-of-the-field try. 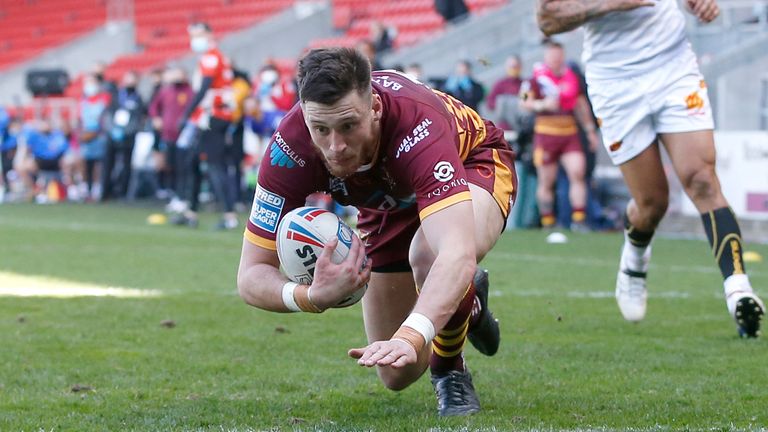 Tomkins sparked the counter-attack by taking in Gaskell’s attacking kick and releasing pacey winger Tom Davies for an 80-metre sprint upfield. He was chased down by Wardle but second rower Mike McMeeken was in support to finish off the move.

Maloney’s third goal made it 20-6 at the break but Huddersfield were much improved in the second half and winger Sam Wood gave them renewed hope with a couple of timely interventions.

He intercepted Maloney’s threatening pass 10 metres from his own line to turn defence into attack and four tackles later got on the end of a cut-out ball from Gaskell to score his side’s second try.

The Giants continued to attack but without making much impact on a well-marshalled Dragons defence which was good enough to see out the win. 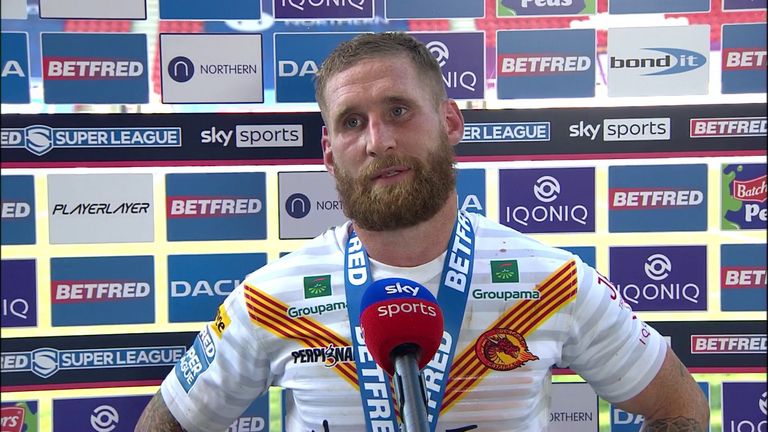 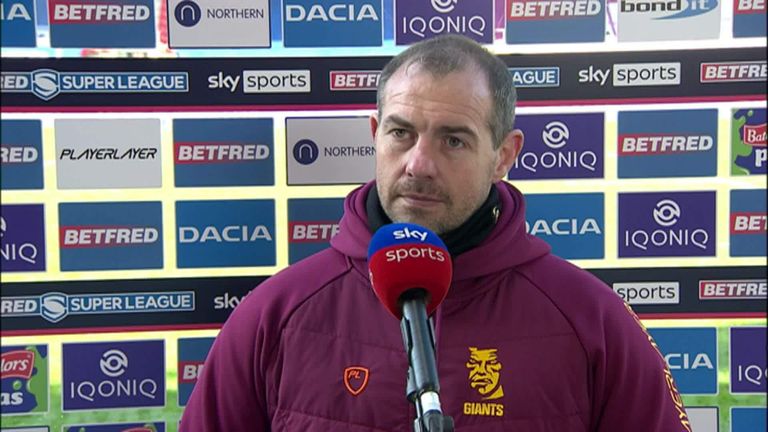 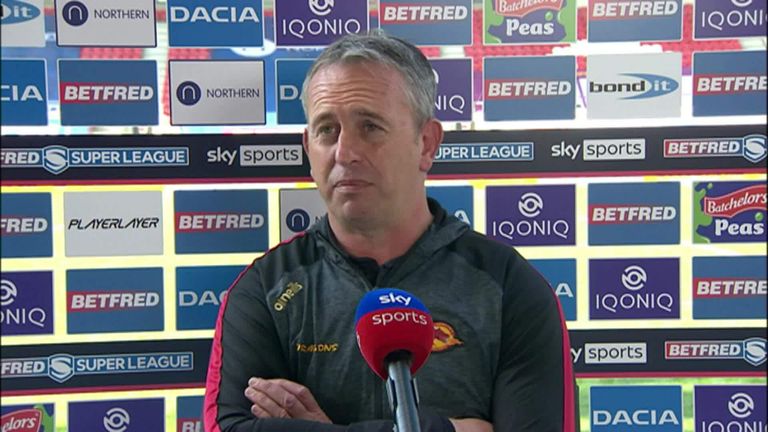 Blue idea: Carlton give their fans a sight of the promised land