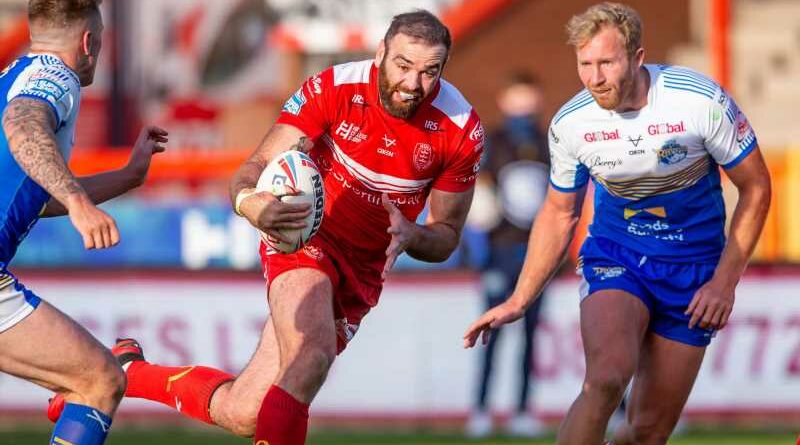 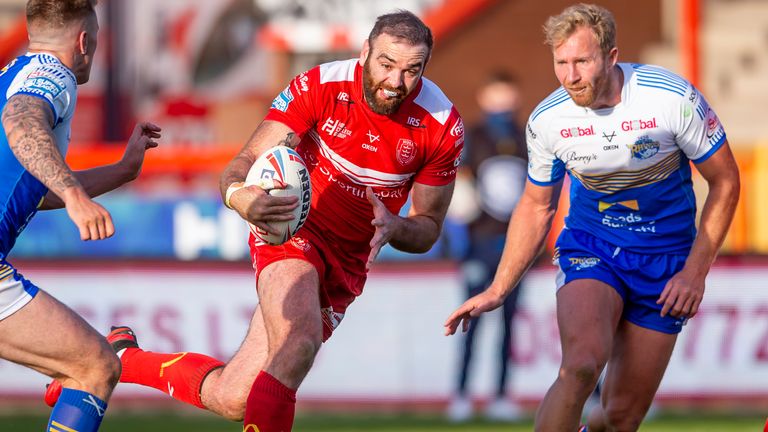 Kane Linnett scored a hat-trick of tries as Hull KR won for a second successive match with a 26-6 Super League victory over Leeds Rhinos at Craven Park.

Ryan Hall scored his 200th Super League try against his old club and Matt Parcell also crossed as Tony Smith’s side put down a marker which also left Leeds searching for a second win of the season as they were outscored by five tries to one.

A lacklustre display for the visitors, in which Richie Myler was sin-binned in the second half for dissent, will have been worrying for coach Richard Agar.

Rovers forced the first mistake when Alex Mellor lost possession as Brad Takairangi marked his debut in style with a fine tackle but the home side were held up short twice.

Two penalties against the visitors kept the pressure on but strong defence meant the early stages remained scoreless. 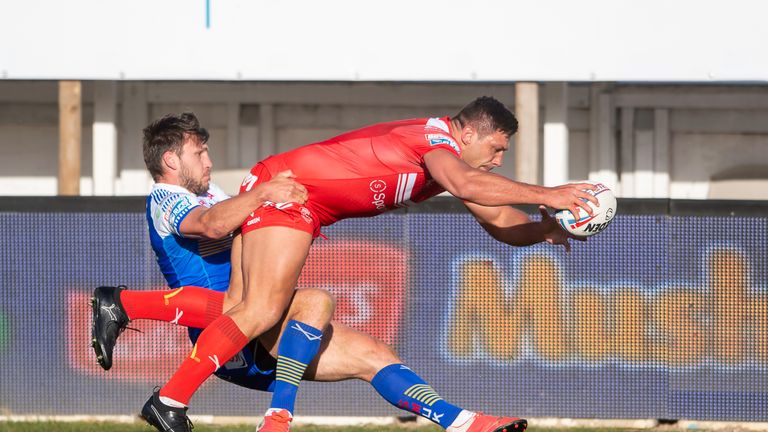 Rovers took the lead after 14 minutes as Jordan Abdull kicked early and Hall touched down for the 200th time in Super League after beating Tom Briscoe to the bouncing ball.

The home side doubled the score when Abdull passed for Parcell to force his way over four minutes later and Abdull’s extras made it 10-0.

Another Abdull kick, this time along the ground, put in Linnett who gathered to score and Abdull’s conversion made it 16-0 15 minutes before the break.

The Rhinos were finally on the scoreboard four minutes later, Brad Dwyer getting their first try. Ash Handley converted to make it 16-6 and that was how it stayed until half-time.

Rovers kept Leeds pinned in their own half in the early stages of the second period and when they did get out, a fine last tackle by Luis Johnson saw them thwarted.

But when the home side knocked on early in the next set and then conceded a penalty the visitors were given the platform to attack. Rovers held firm and then an offside gave them breathing space.

A goal-line drop-out by the visitors eight minutes in meant Rovers were back in possession and Linnett grabbed his second from Parcell’s pass to make the score 20-6. Parcell stripped the ball to run clear but when he lost possession from Handley’s tackle Leeds were given the ball back but the visitors could not make anything of the opportunity.

Luke Briscoe lost the ball forward as he stretched for the corner on the last tackle as the home side again held out with a little under 20 minutes to go.

Myler was sin-binned with 13 minutes left after he had complained at referee Marcus Griffiths ruling his pass was forward to release Dwyer with a free run to the line.

The visitors were made to pay from the next set as Linnett completed his hat-trick from Abdull’s pass and the scrum-half’s kick made the final score 26-6.

Folau turns back on Sydney Roosters

Lodge in doubt for entire season after ACL injury