After months of waiting, foreboding and anticipation, the time for irrational obsessions is upon us again. For some otherwise measured individuals, they are now free to spend an inordinate amount of time thinking about how a half-back flanker's rehab from a hammy strain is progressing.

March in Melbourne – and other Australian rules strongholds – is that annual period of hope, the time of the year when, at least for a few more days, all AFL clubs are on level pegging. It’s the time when footy fans are thinking just what's possible for the new season ahead. Some footy fans are dreaming of a premiership, others have more modest thoughts. So what is the main thing fans of each club are hoping for this year – a finals berth, a good run with injuries, simply not finding entrenched in the bottom four by July? What is your biggest hope for your club?

At West Lakes they’ll have their fingers crossed for a world where scraping together a dozen wins doesn’t equate to a 12th-placed finish. But Adelaide fans will be quietly hoping that their fortunes more closely resemble the grand final season of 2017 and not last year when their season was characterised by bad luck. Oh, and another big hope – no mention anywhere of camps.

Up in Brisbane they’ll be hoping that everyone’s projections for the Lion cubs are right – that the upward curve stays on its positive trajectory. In terms of personnel, Brisbane devotees will be banking that the departure of Dayne Beams will be easily offset by the arrival of the unexpected Brisbane-ite Lachie Neale. 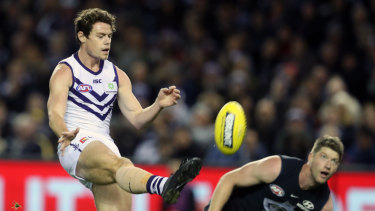 Lachie Neale in his time at Fremantle.Credit:AAP

Disturbingly or otherwise, a lot of the hopes for the navy blue are tied to one player: the one and only Patrick Cripps. It's probably as basic that the durable young gun doesn’t succumb to severe bruising. After years of woes and incessant attention on Carlton's struggle to rise once again, Blues fans might be content with a season when they win seven or eight games and avoid ugly losing streaks to keep the wolves at bay.

More of the same please! For the club which arguably delivered the most eye-catching move up or down the ladder in 2018 (13th to 2nd), there will be dreams of keeping the party going. But expect the black-and-white faithful to be heavily emotionally involved in the fortunes of a specific lanky defender – Darcy Moore.

High on the list for any Essendon fan will be a better injury run for one of their most important and best players Joe Daniher. However, ask any red-and-black diehard about what they’re really hoping for this year (and the answer is probably pretty simple) – a finals victory, of any variety! For the Bombers, the now 15-year wait for another "four points" in September – now one of footy's more stark droughts – is a growing burden. 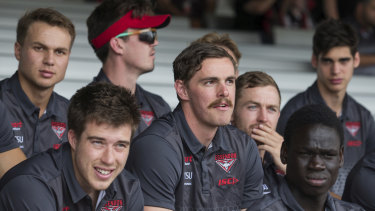 A few more goals please – and some scoreboard impact. Fremantle haven’t had a single player kick more than 50 goals in a season since 2012 when Matthew Pavlich was in his halcyon days. So hopes were raised when former Demon Jesse Hogan found himself in the Freo fold during the AFL's player transaction period. Well, it's fair to say the partnership hasn’t started too well in the wild west.

That the 2019 version of Gary Ablett is somehow like the Ablett we saw in blue-and-white hoops at Geelong a decade ago. But we all know that's a bit much to ask. With elite players Patrick Dangerfield and Joel Selwood still dominating their list, maybe the emergence of Geelong's next gun youngster is among the biggest dreams for the Geelong faithful.

It’s hard not to be cruel, but perhaps the biggest hope is closing the border at Tweed Heads to prevent any more players escaping south. Footy pundits who are in any way optimistic about Gold Coast in 2019 are tough to find. So to keep the Suns shining, a somewhat stable season without too many beltings could be all that’s worth asking for.

That that often-discussed "premiership window" is firmly opened and not already closed for the winter. With softened expectations, hopes for the GWS hardcore now with seven AFL seasons behind them look pretty simple: a solid season, another finals berth and, come August, jockeying nicely for a crack at a premiership.

It’s easy to forget that the Hawks ended last year’s home-and-away season in the top four. They exited September ingloriously in straight sets to leave many question marks hanging over their heads. But their most significant moment in 2019 may have already happened with the broken leg suffered by Tom Mitchell in January. The brown-and-gold army are hoping big time that Jaeger O’Meara, Chad Wingard, et al, can ably fill the void left by the absent Brownlow medallist.

The Demons copped the rudest of all awakenings when they were humiliated by West Coast out west in the preliminary finals. For a team on the rise, the jury is out whether there will be any lasting damage to their psyche. Long-suffering Melbourne fans will be hoping against hell that any psychological pain inflicted on the playing group is simply temporary.

For a club with something of a bent for recycled products (read players such as Jared Polec and Dom Tyson), the Kangas will be banking that their heavy investment in "reuse" principles will be more effective than Victoria’s real recycling industry and the woes that currently beset it. Another strong year from "Big" Ben Brown will be a blessing too.

Over at Alberton, they’ll be hoping against hell to avoid a repeat of last year’s late-season slip after July. For a club which was arguably right in the premiership mix with a 11-4 record before it all went pear-shaped, maybe the secret hope is that new back-up ruckman Scott Lycett brings a little bit of that magic AFL flag dust from the Eagles.

It’s pretty simple: the biggest hope is probably that THAT harrowing preliminary final loss to Collingwood is simply wiped from the memory bank. Just pretend it didn’t happen. On the personnel front, the yellow and black are bound to be hoping that boom recruit Tom Lynch doesn’t even suffer a broken fingernail.

St Kilda fans are naturally attuned to an existence of hardship and woe. But even for a naturally pessimistic bunch, even Saints devotees will be outwardly hoping that they’ve already seen the worst of 2019. Injury and welfare concerns for players have been flying their way. A couple of wins early in the season will shield coach Alan Richardson from some of the inevitable heat too.

It’s a pretty simple hope – that the naysayers and prophets of doom are wrong once again. It’s a popular pick to send the Swannies on a non-finals trajectory in 2019. And we’ve been wrong so many times before. But maybe the hope is as basic as this – that the key bracket of players in their 30s (Josh Kennedy, Lance Franklin and Jarrad McVeigh and that ilk) keep on keeping on.

That last year’s premiership wasn’t simply a too-good-to-be-true dream. Not to worry West Coast fans, last year’s extraordinary Saturday day in September did actually happen. But there are some more precise hopes that vital players Nic Naitanui and Andrew Gaff ease back smoothly into their impressive premiership line-up.

Perhaps it's to stop ANY mention of the 2016 premiership. One of the most glorious moments in the club’s history is better being just that – one for the history books. Doggies devotees will be banking on a solid season, maybe one where they’ll somehow be more easily in the mix for one of those desperately sought after finals spots, even on the lower rungs. 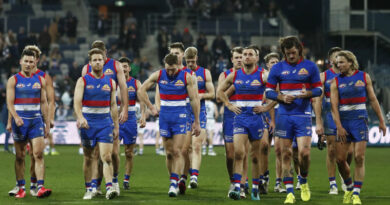 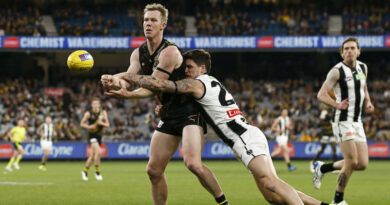