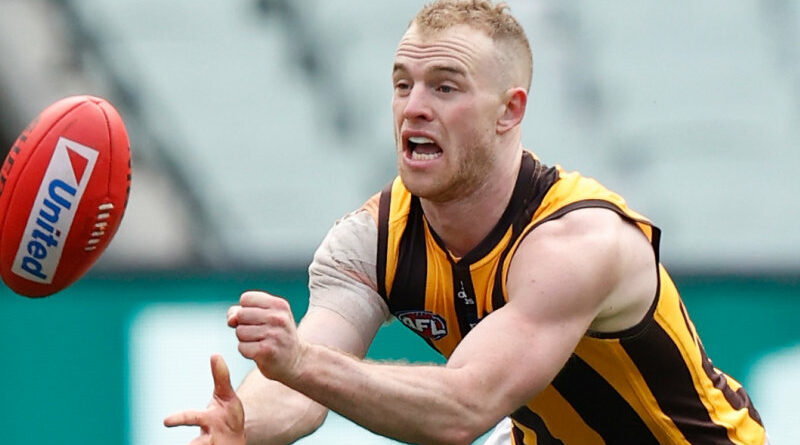 Tom Mitchell was a runaway winner of his third Peter Crimmins Medal on Thursday night. 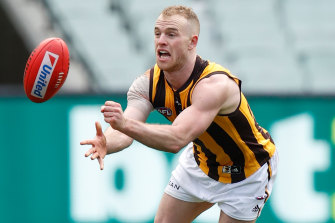 Tom Mitchell had an outstanding season for the Hawks.Credit:Getty Images

Mitchell’s fellow midfielder Jaeger O’Meara rounded out the placings with 121 votes, while small forward Dylan Moore – whose career was on a knife’s edge only 12 months ago – finished fourth after a breakout season.

Having already been named the Hawks’ best-and-fairest in 2017 and 2018 before his serious injury wiped out his 2019 campaign, Mitchell powered back to form in 2021, averaging more than 34 disposals after playing all 22 games in what was a turbulent season at Waverley.

“This season saw our players endure a lot of change as they were faced with rolling fixtures and varied schedules week-to-week,” Reeves said.

“While working through these challenges, our players continued to perform and still achieve their own individual honours whether that be a game-high statistic, an AFL Mark of the Year or Rising Star nomination, or simply putting in a hundred per cent of their effort and more each round.

“To accomplish and celebrate these successes across the 2021 season is testament to the work ethic of our playing group and their ability to adjust.

“Well done to Tom on taking home his third Peter Crimmins Medal and congratulations to all of the award winners on their incredible seasons.”