Home » Rugby League » More pain for Blues: McKay struggles with injury ahead of round one 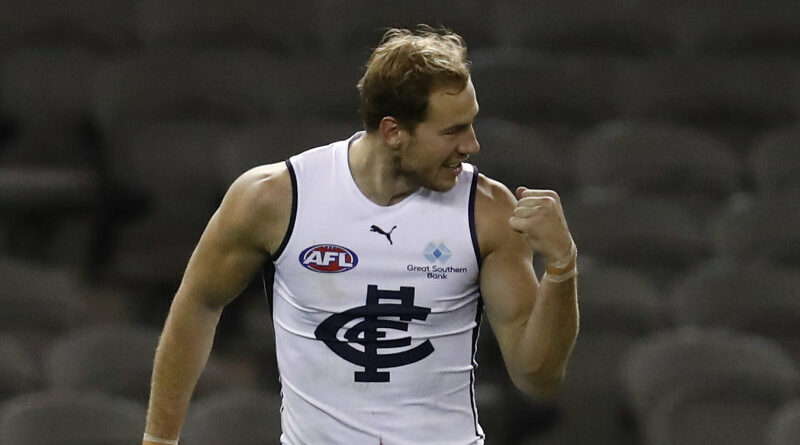 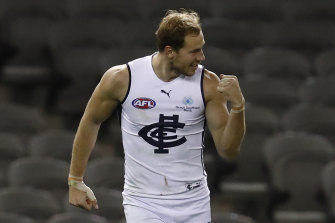 Harry McKay is dealing with a foot injury.Credit:Getty Images

He is also in doubt for the AAMI Community Series clash against Melbourne on March 3. The Blues will open their home-and-away season against the Tigers on March 17.

“McKay has some joint soreness in his foot that is currently being managed. He won’t play against St Kilda this week, while he’s a chance to play against Melbourne next Thursday. However, the main focus is being ready for round one,” the Blues said in a statement.

McKay enjoyed a stellar 2021, booting 58 goals from 19 games to claim his first Coleman Medal. The Blues hope he and Charlie Curnow, who completed a strong pre-season, can help finally drag the side back into the finals for the first time since 2013.

McKay’s injury adds to a 10-man injury ward, including best and fairest Sam Walsh, who has had surgery, having complained of a syndesmosis injury.

“Walsh completed surgery last week following an ankle syndesmosis injury. In a recovery phase, he is wearing a moon boot post-surgery and has been ruled out for at least the first month of the season; his availability to play will be assessed after that time,” the Blues said.

However, ruckman Tom De Koning is on the mend after surgery.

“Several weeks ago, De Koning completed a minor procedure to remove a blood clot in his shoulder. Since then, he has been in good health, partaking in training across all of February minus contact. He will be a test to play against Melbourne after further assessment next week,” the Blues said.

Defender Liam Stocker is also working hard to be fit for round one.

“Stocker underwent surgery before Christmas following an ankle syndesmosis injury, which was a higher grade than that of teammate Walsh. He is currently in a strong running phase of his rehabilitation, which he is continuing to focus on. He won’t be available for the practice games, with his availability to play to be assessed again at the start of the season,” the Blues said.

Caleb Marchbank and David Cuningham, on the mend from knee reconstructions, are still some time away from playing.

Former co-captain Sam Docherty is in the frame for a surprise return to the senior side, having overcome testicular cancer for a second time. He has recovered from three months of chemotherapy and has been training strongly.

“Docherty continues to build his training loads in the skills program. He is a chance to play against Melbourne next Thursday. However, the main focus is being ready for around the start of the season,” the Blues said.

Meanwhile, North Melbourne defender Aaron Hall is in doubt for round one, having injured his hamstring in an intra-club clash last week. The Kangaroos expect he will be sidelined for up to a month. He will miss Thursday’s practice match against Melbourne and the AAMI Community Series clash against the Swans. 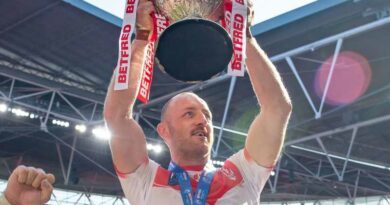 Team of the week: The top performers from the Challenge Cup final, Super League and the NRL 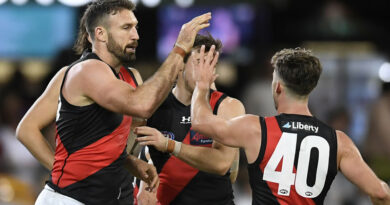 Hooker’s future not certain but talks are good: Rutten 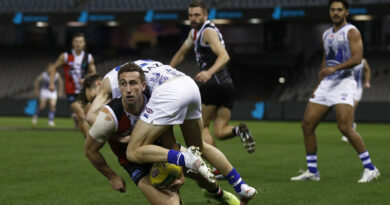 Saints stay in the hunt after drab clash with Kangaroos