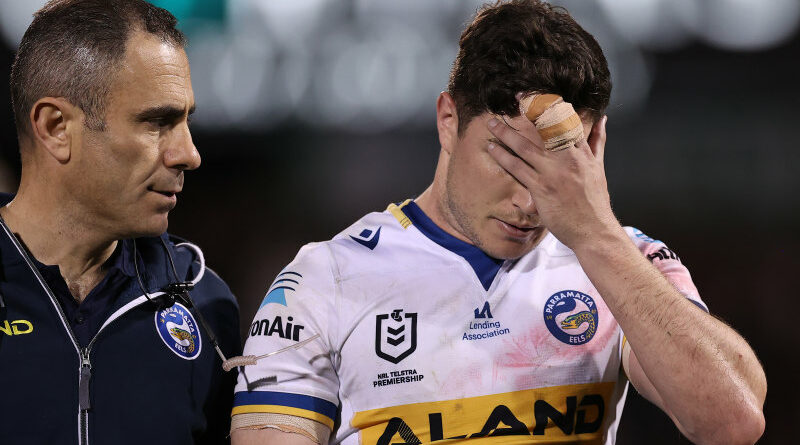 Mitchell Moses will be hoping to overcome a concussion and notch a rare September victory as Parramatta’s title hopes go on the line on Friday night.

There has been plenty of focus on Brad Arthur’s finals record and the spotlight will be shone on his immediate future should the Eels crash out in straight sets to Canberra.

But it is easy to forget Moses is the halfback whose own finals record reads just two wins from nine games – and the only talk about his future has related to extending his deal rather than being cut loose.

To put Moses’ record into perspective, the game’s premier No. 7, Nathan Cleary, who inspired the big win over Parramatta last Friday, has won eight of his 12 finals, including a premiership.

Moses was only given a light run at training on Monday as he follows concussion protocols after being knocked out against the Panthers.

The halfback is the most important player on the field – and Moses knows if he does recover in time and takes his place at CommBank Stadium, he will need to stand tallest for the blue and golds. 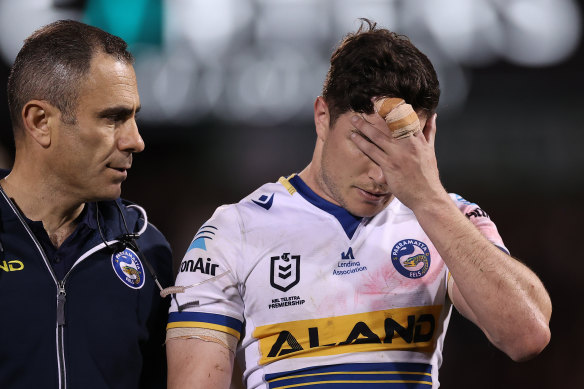 Two from nine: Mitchell Moses will be keen to improve his own finals record.Credit:Getty

Moses’ last concussion was at the start of the 2021 season when several Cronulla players rushed to his side to help him stay on his feet.

The good news for Moses is he said he remembered everything from the loss to the Panthers, and had not experienced any headaches.

“Obviously it didn’t look too good [last Friday], I just got my head in the wrong spot and was out cold,” Moses told reporters on Monday.

“I’ve had no symptoms. I actually wanted to go back on the field. I remember all of the game. I remember the incident. I haven’t had any headaches. I feel good.

“I’ll follow whatever the trainers tell me to do and the physios and doctors. I’ve had a little concussion before, but nothing like that. I was actually pretty surprised I felt fine.

“I didn’t play the last 20 minutes, so if anything my body feels fresher. It’s weird, everyone takes it differently.”

Jake Arthur will be parachuted into the halves should Moses fail to make it back in time. 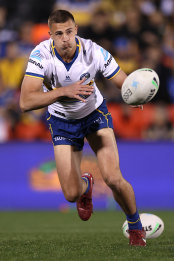 Jake Arthur is on standby should Mitchell Moses fail to overcome a concussionCredit:Getty

Moses can expect plenty of traffic from Canberra, with Raiders pair Hudson Young and Jack Wighton to run at him all night.

Blake knew first hand what Cleary was capable of with his right boot, and nobody in the NRL launched them better.

“I made it hard for myself, and after the game I was just like, ‘you got me’,” Blake said.

“Just knowing Cleary’s bombs, it’s hard to practise for … you just have to catch the ball. That’s it. Nobody kicks them better than him.

“I was there when he debuted, he has always been a class player. And you can see it now.

“I’ll practise more, watch what I could have done better. It’s about owning my moments.”

Blake remained confident he would not be dropped for the Raiders clash, with former Canberra flyer Bailey Simonsson a wing option.

“I’m lucky to play first grade every week, after that performance it’s not [ideal], but I know what I’m capable of and little moments like that, it’s on me, not the team, I have to own it and move on,” he said.

“Brad told me to flush it, there’s nothing we can do now. The main focus is the Raiders.”