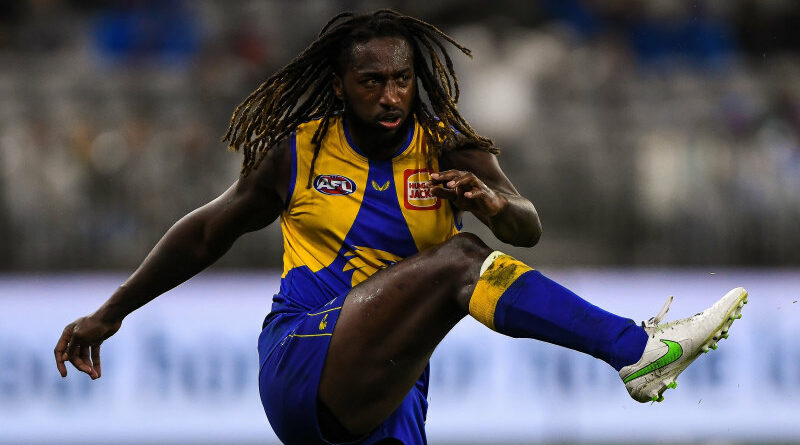 Naitanui has missed the past two games with a knee injury, while Yeo has missed three weeks with a hamstring strain. 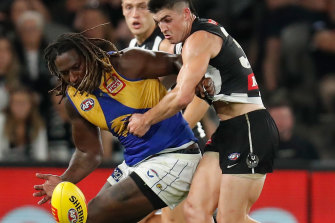 Nic Naitanui has missed the past two Eagles games with a knee injury.Credit:AFL Photos

Rioli was absent for the past two games after returning home to the Northern Territory following the sudden death of his father.

Jack Petruccelle (hamstring) is also set to put his hand up for selection against the Suns, with the potential quartet of returns a welcome boost for the Eagles in their bid to avoid the wooden spoon.

West Coast (2-16) are just 3.2 per cent ahead of last-placed North Melbourne with four rounds remaining.

Eagles midfielder Tim Kelly is also expected to play against Gold Coast despite his four-disposal effort in Sunday’s 28-point loss to St Kilda at Optus Stadium.

Kelly suffered a cork to his quad a week earlier and was in some doubt to take on the Saints.

The former Cat was heavily tagged by Marcus Windhager, but Simpson was adamant Kelly wasn’t injured.

“I reckon he just got beaten on the day,” Simpson said.

“Nothing wrong with Tim. He’s come off a corkie. He had a light week.

“I’m sure he wouldn’t want me to say he was hampered by it. That wasn’t the feedback we got.”

Hannebery is yet to play an AFL match this year due to a calf injury, but could be back for Saturday’s encounter with Hawthorn at Marvel Stadium after making it through two VFL hit-outs unscathed.

The 31-year-old only managed two games for the Saints last year, and Ratten said it was important not to place too many expectations on him if he does return this week.

“We just want Dan to get back and play,” Ratten said.

“He has put two good weeks together which has been great. His leadership and voice is so encouraging to others. He gives so much direction. That’s what he does so well.

“He has played 15 games in (the past) three to four years. We don’t have huge expectations, we just want him to get busy.”

Saints forward Jack Billings, who suffered a game-ending back injury in the opening minutes against West Coast, will be assessed this week.

Jade Gresham is also in doubt after damaging his knee against the Eagles.

St Kilda (10-8) are just percentage adrift of eighth spot with games against Hawthorn, Geelong, Brisbane, and Sydney to round out the home and away season. 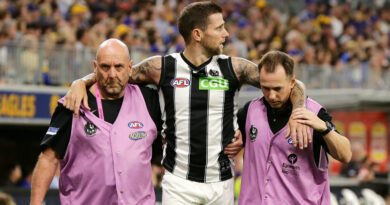 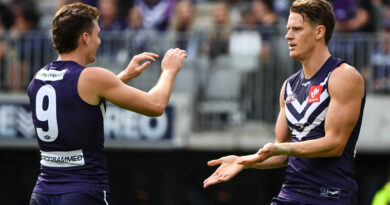