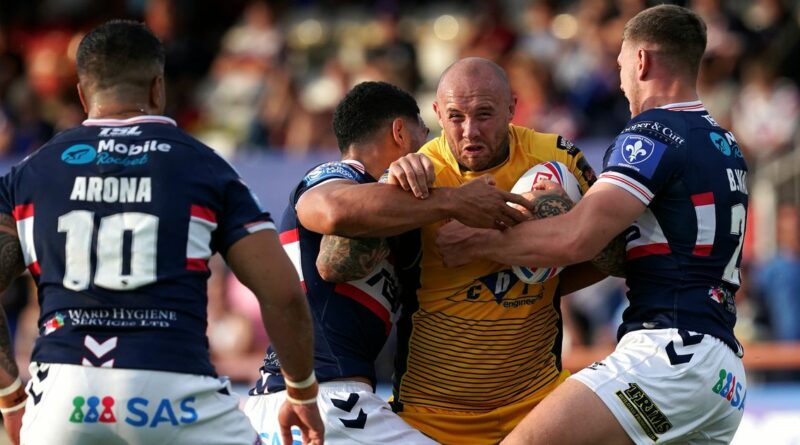 Daryl Powell understood the size of the task when he took over at Castleford in 2013 after he rang a player during a mid-season break and he was partying abroad.

Powell took over from Ian Millward eight years ago with the Tigers languishing close to the bottom of Super League. It wasn’t just on the field where Cas needed an overhaul but off it as well, where a poor culture was contributing to a slide towards a relegation battle.

By the end of the season Powell had secured safety and the following year he steered the Tigers to Wembley, where they were edged out by Leeds. Today, the Castleford coach takes charge of his final Challenge Cup game for the club ahead of his move to Warrington next season, and memories of the difference he has made are fresh in Nathan Massey’s mind. Prop Massey is one of three surviving members of that 2014 cup final side and has seen first hand the impact that Powell has had. Massey explained: “He totally flipped the club on its head and it needed at the time. When he got the job we had a bit of time off, he was ringing round a few of the boys and one was in Magaluf partying during the season.

“That shows you that the club needed changing. Daryl changed the whole culture and brought the ‘Classy Cas’ tag back. He reconnected the players to the history of the club and now we want our names etched into that history as well.

“He’s been a massive influence on me as a player and a person, and what he’s done for the club has been unbelievable.”

Massey himself has been at the Tigers since the age of 15, and aside from a handful of loan spells as a youngster has been a one-club man. Having featured in that 2014 Challenge Cup final and then at Old Trafford three years later, he’s hoping it will be third time lucky in major events this afternoon – handing Powell the perfect final season present.

Massey added: “There’s Powelly but there’s also Ryan Sheridan, Peter Mata’utia and Oliver Holmes who are moving on as well. I’ve played with Oggy (Holmes) all my career, and doing something special this year is something we strive to do for those people moving on. We spoke about it at the start of the year and we’ve got the opportunity now to do that.

“We know what St Helens are about – they they’ve been at the top of the tree for many years and it’s a massive challenge. But to be the best you’ve got to beat the best and we’re excited.”

‘I felt that little bit of guilt’: Why Papley asked to be traded from the Swans