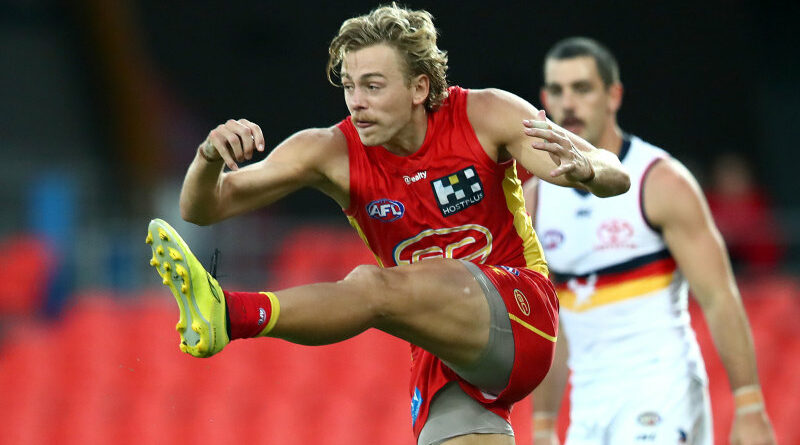 North Melbourne have blindsided Gold Coast, signing their former midfielder Hugh Greenwood – who was still contracted to the Suns – as a delisted free agent.

The Roos swooped in and secured Greenwood with a three-year deal after the contracted player was delisted by the Suns as part of a list management tactic. 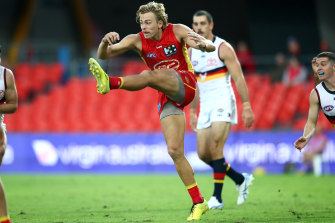 Hugh Greenwood has been picked up by the Roos.Credit:AFL Photos

To give themselves the minimum number of list places in the draft under AFL rules, the Suns delisted three players, two of them under contract – Greenwood and Rory Thompson – on the understanding they would re-draft them. The plan had been for Greenwood to nominate only for the pre-season draft.

The strategy required both contracted players to agree to it, which they did. The danger had been that another club would agree to take over the contracts and draft them. The risk with Thompson, who is coming off two successive knee reconstructions, was always lower than with Greenwood.

Greenwood, a versatile onballer and forward, said last week the announcement of the delisting sounded dramatic but was happy to help the club’s list strategy.

“Still on the primary list. Still on the same contract. Still been medically cleared to train/play for over a month. Still at the Suns. Still see everyone round one,” Greenwood said.

“Was happy to cop the odd clickbait article and social nuff if it meant assisting the club’s overall list strategy.”

Greenwood had a year to run at the Suns, where he could have earned up to $400,000 and potentially activate a trigger for another one-year contract.

He agreed to the terms and, having been delisted by the Suns, the Roos were able to secure him as a delisted free agent and bypass the draft.

The former Adelaide Crows player turns 30 in March. As a big-bodied midfielder and senior player he will give the Roos’ callow midfield some experience and protection as the young players such as Will Phillips and this year’s No.1 pick (almost certainly Jason Horne-Francis) take time to develop.

It was the role he had played for the Suns in the last two seasons with their developing midfield since moving over from the Crows.

The move is embarrassing for the Suns, as while Greenwood might have been overtaken in that midfield by the end of next year or 2023, he was still wanted for depth. The only upside for the Suns is it gives them some salary cap relief.