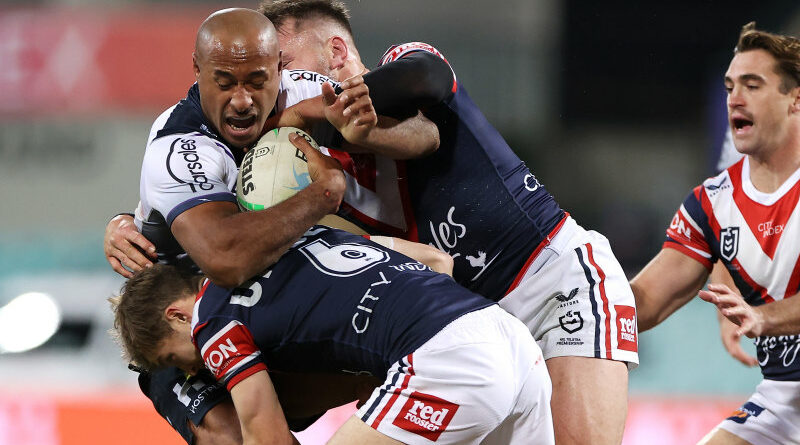 Melbourne’s representative backrower Felise Kaufusi has been found not guilty of elbowing Sydney Roosters halfback Sam Walker in the head at the NRL judiciary, with the contact described as nothing more than “accidental and unavoidable”.

Kaufusi’s shot on Walker early in the second half of Saturday night’s 26-18 win by the Storm generated plenty of heated debate among fans and commentators.

Some argued Kaufusi had previous form leading with his elbow into opposition players, with Immortal Andrew Johns admitting the Queensland Origin forward “should buy a lottery ticket” after avoiding a ban.

Kaufusi was charged with grade-one dangerous contact, which came with a $1800 fine. He risked being slugged $2500 had he been found guilty at Tuesday night’s hearing.

While Kaufusi tuned into the hearing via Zoom from Melbourne, and was not required to give evidence, his high-flying lawyer Nick Ghabar put forward his case to judiciary chairman Geoff Bellew and panel members Tony Puletua and Bob Lindner. 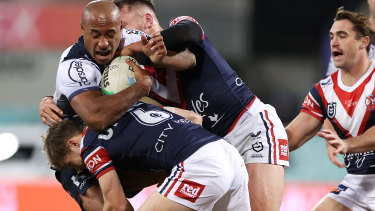 “His right arm can’t just disappear. His arm couldn’t have gone anywhere else. Where was player Kaufusi’s arm meant to go?” Ghabar asked. “He’s not looking at player Walker, and he’s not capable of seeing where his head is at. There was [also] no repositioning of his arm so it was against the face of player Walker.”

Ghabar added that during the live TV coverage, enough replays of the tackle were shown for the referees or bunker to intervene, but no action was taken. There was also nothing about the tackle included in the referee’s match report.

Ghabar pointed out that “not one player reacts” to the contact on Walker, although Bellew later said that “it’s not the duty of players to control the game”.

NRL counsel Patrick Knowles said Kaufusi repositioned his arm so that it came away from his body, and the contact was dangerous and avoidable. He said he had already braced for the fall using his left arm, and the involvement of Roosters teammate Angus Crichton in the same tackle was “minimal”.

Kaufusi landed in hot water for knocking out Parramatta backrower Ryan Matterson with a similar elbow last year, which earned him a two-match ban. 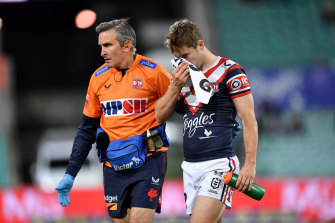 TV commentators Greg Alexander and Andrew Voss were unimpressed at the SCG on Saturday night, with Alexander volunteering on Fox Sports: “Do you think he moved that elbow? OK, I will say it, I think he meant exactly what we saw – he knew exactly what he was doing.”

Others, however, including Cronulla’s premiership winner Paul Gallen, could not believe Kaufusi was even sanctioned. Walker was left bloodied and underwent a head injury assessment, but finished the game. 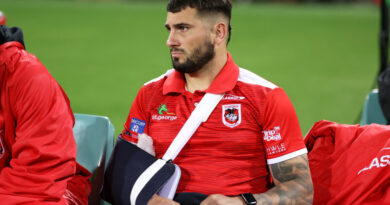 ‘The war is still on’: Fonua-Blake ready for round two with Klemmer