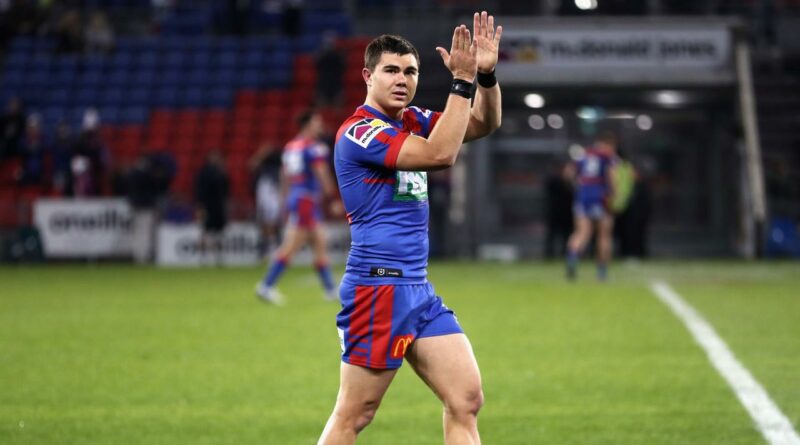 Newcastle five-eighth Jake Clifford says the Knights players have been put “on notice” after coach Adam O’Brien wielded the selection axe ahead of Friday’s crucial clash against the Sydney Roosters.

Clifford conceded the team’s poor effort against Melbourne had the playing group on edge to perform, including himself in the halves without injured senior halfback Mitchell Pearce.

“That is what I’ve been working on this week is getting into a game of footy and building pressure as a team.

Jake Clifford, pictured with the Storm’s Nicho Hynes, says the onus is on him to put his hand up as the senior playmaker. Picture: Regi Varghese/Getty ImagesSource:Getty Images

“Yeah I can put my hand up when Junior (Pearce) isn’t around and do a bit more work here and there.

“But I’m not just going to talk about what I have to do, I’m actually going to do it in actions on Friday.”

Clifford believes Newcastle can make the top eight despite their inconsistent ways this season.

After Friday’s clash against the Roosters, the Knights don’t face a team in the top six in the final six weeks before the finals.

This opens the door for the 10th-placed Novocastrians to build momentum but only if they perform to their potential, according to Clifford.

“Coach Adam (O’Brien) took a bit of the blame on the weekend, but we want to be a team that doesn’t have those types of excuses,” he said.

No Knights player is safe from the axe as Lachlan Fitzgibbon found out. Picture: Evan MorganSource:News Corp Australia

“We shouldn’t be putting in performances like that (against Melbourne) at all.

“It (dropping players) sends a message that everyone is on notice and we have to perform every week to stay in the team.

“It is the culture we are bringing here, and we making everyone deserve to be in the starting team.”

Clifford revealed Pearce was on track to return from his hamstring injury against Canberra in round 20.

In the meantime he is keen to build on his halves combination with rising playmaker Phoenix Crossland.

“It isn’t ideal (missing Pearce), but that is how footy goes and Phoenix (Crossland) and I get another opportunity to play alongside each other this week and be a bit better as well,” he said.

“It is not convenient, but I’m also not kicking stones. Phoenix is a good player and I’m looking forward to playing alongside him again.”

Why the AFL should extend the women’s season 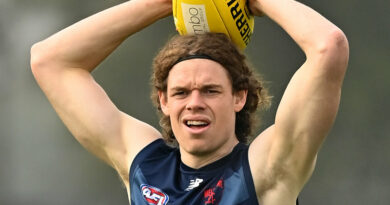 Viney back as Dees debate Brown or Weideman